Charlotte Sweet In Concert at 54 Below 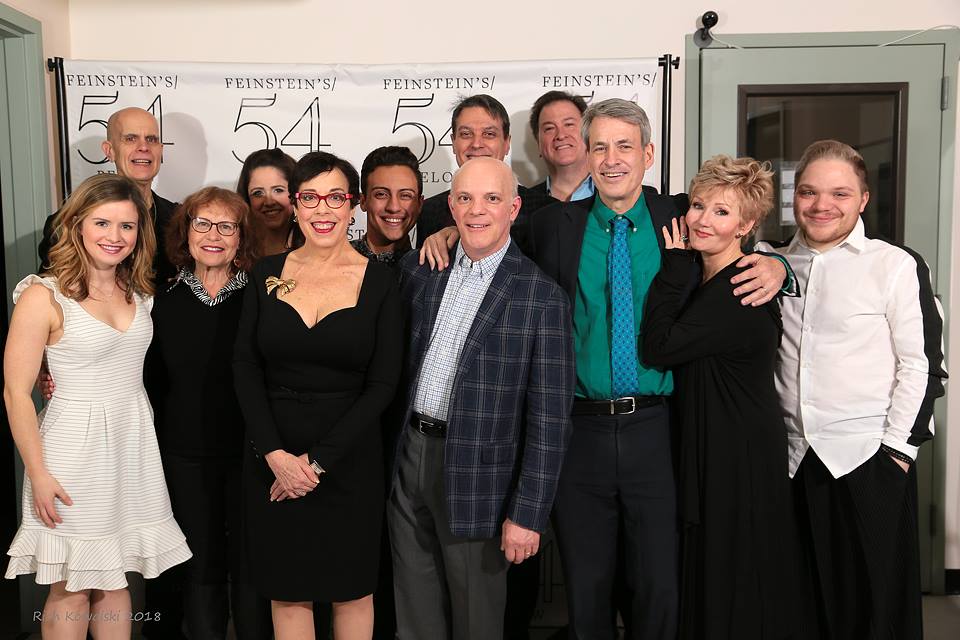 Charlotte Sweet is the result of Gerald Jay Markoe (music) and Michael Colby’s (book and lyrics) 1982 musical collaboration, flowing from the all sung and rhymed whimsical Ludlow Ladd musical written shortly prior. Sweet has been revived as part of 54 Below’s Second Act Series and took place on February 27.

It’s really no surprise that the talented Mr. Colby, whose recent book “The Algonquin Kid: Adventures Growing Up at New York’s Legendary Hotel,” is getting more notice than ever. In the pipeline is his latest up and coming offering, a new whodunit musical entitled Dangerous (Book & Music, John Introcaso) with Lyrics by Michael Colby. Charlotte Sweet is set in Victorian, England where a young, sweet thing named Charlotte, with one of the highest and most beautiful soprano voices ever, is forced to leave her sweetheart Ludlow Ladd to join Barnaby Bugaboo’s Circus of Voices – a troup of freak voices. I surely didn’t hear any freak voices in this concert. It was filled with gorgeous and varied tones from Robert Cuccioli (Barnaby); Justin Chevalier (Ludlow); Adrienne Eller (Charlotte); Eddie Korbich (Harry); Michael McCoy (Bob Sweet); Alli Mauzey (Skitzy); Bethe Austin (Cecily) and Sandy Rosenberg (Katrinka Bugaboo). From the thrilling and trilling Ms. Eller to the crooning Mr. Cuccioli; from the always cleverly humorous Mr. Korbich (“Vegetable Reggie”) to the steadfast low tones of Ms. Rosenberg, to the whacky delivery of Ms. Austin (“Bubbles in Me Bonnet”), and a wry and humor-filled “Layers of Underwear” sung by Michael McCoy, Sandy Rosenberg, Robert Cuccioli and Adrienne Eller, all doing honor to its writers, under the direction of Steven Carl McCasland.

Oh, by the way, if you want to know what happens to sweet little Charlotte, well, she suffers a vocal breakdown and soon becomes addicted to helium balloons to reach her high notes! Seventy-five minutes moves quickly with this tongue-in-cheek concert keeping the audience all smiles throughout with brilliant accompaniment by James Horan.

Keep an eye out for “Dangerous” (www.dangerousmusical.com )