CHEEK TO CHEEK & THE MUSICAL REVUE: NOSTALGIA FOR A LOST GENRE 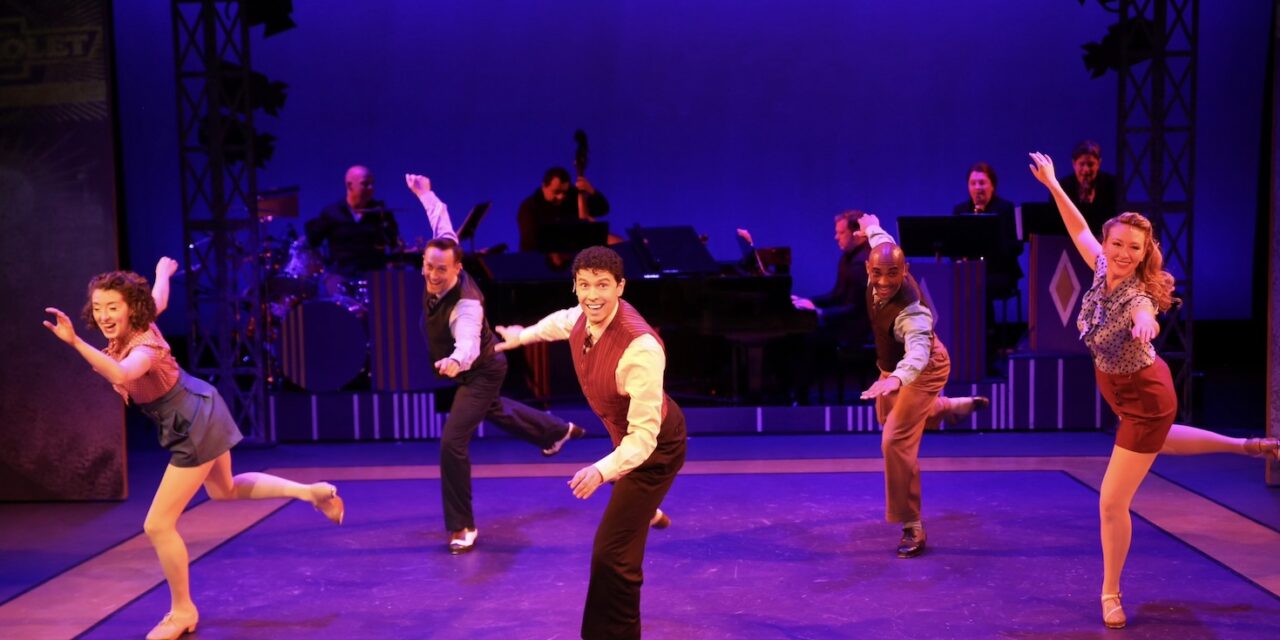 Back in the day, or should we say, way back in the decades, the musical revue was a staple of New York musical theater. Musical revues were the vehicles by which Irving Berlin, Rodgers and Hart, and their brilliant ilk made their initial reputations. An extension of vaudeville, the musical revue was often as simple as a collection of songs interspersed with comic sketches. Sometimes they were on a theme, sometimes not. On a grander level, The Ziegfeld Follies and all their competitors (and there were many) were nothing but lavish versions of the genre. The point is, the musical revue was the meat and potatoes, and also the gravy (the simpler shows were cheap enough to more easily turn a profit) of Broadway producers until…television!

Variety shows on TV killed the musical revue. Why pay to see stars sing on a stage when you can see them — in close-up! – from the comfort of your own home? Well, TV didn’t entirely kill the musical revue, but it was, and has been ever since, mortally wounded and hovering near death. Yet, every now and then, there is a gasp of life, when one of them surfaces from beneath the waves, struggling for air, singing and dancing with a fervent wish to turn back the clock. Which brings us to the York Theater’s current production of the charming musical revue, Cheek to Cheek: Irving Berlin in Hollywood.

Before going any further, cards on the table: we put on musical revues ourselves; Broadway by the Year, at The Town Hall just finished its 21st season, and every one of those concerts is actually a musical revue. They just happen to take place for one night only (83 times). And let’s put the whole deck on the table, as well. Two of the stars of Cheek to Cheek (Danny Gardner and Jeremy Benton) are triple threat performers we have regularly used in our shows, especially Danny who choreographed and starred in our last show at Town Hall on Sept. 19th.

Cheek to Cheek, with its book by Barry Kleinbort, was conceived, choreographed and directed by Randy Skinner. These are two people who fully understand the history and, therefore, the uphill struggle of putting on a musical revue. Cleverly – and wisely – their subject matter, Irving Berlin’s impact on Hollywood movies — largely takes place during the time when musical revues were still a vibrant force. So, the  nostalgic theme gives the otherwise anachronistic conventions of the musical revue a reason to be. And Randy Skinner and company run with it.

The show is a fast-paced ninety minutes of almost constant singing and dancing, punctuated with historical set-up tidbits of information that justify all the musical action. Despite being about Berlin’s movie career, the show is a tonic for diehard fans of old-fashioned musical theater. That’s where the heart of this show is proudly beating, tapping, singing and swirling. In addition to Danny Gardner and Jeremy Benton, the original ensemble cast also included Darien Crago, Kaitlyn Davidson, Darrell T. Joe, and Melinda Porto. We caught up to the show when there was a cast change and we saw Hayley Podschun on just her second performance in the production; and wouldn’t you know it, she was the standout among the women in the show.

When you add it all up, Cheek to Cheek doesn’t break any new ground, but it gardens beautifully in the old fertile ground that lies nearly forgotten in a corner of our own backyard.

Cheek to Cheek runs through October 16th at Theatre St. Jeans, 150 East 76th Street and is a MainStage production of the York Theatre Company.