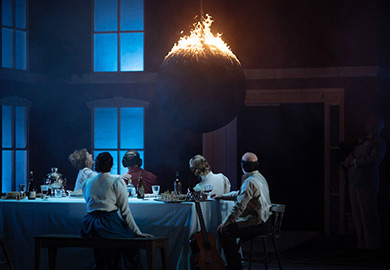 During the turmoil of the Russian Revolution in 1917, Maria Chekhov placed many of her late brother Anton’s manuscripts in a safety deposit box. In 1921, Soviet scholars opened the box and discovered a play. The title page was missing. The play they found has too many characters, too many themes, too much action. Unstageable. Like life.