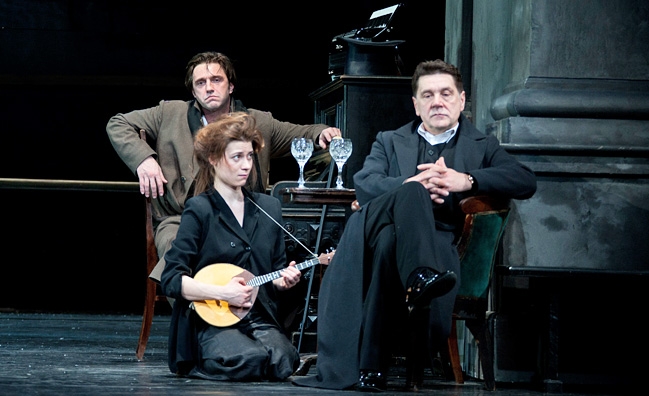 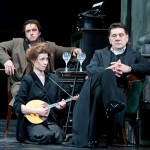 The Cherry Orchard Festival Foundation will hold its 2nd annual International Arts Festival in New York City in May. The Festival’s mission is to introduce and promote global cultural activity and exchange of ideas, aiming to enlighten and engage audiences through performing and visual arts, educational programs and events.  Tickets for each of the festival’s shows are available at venue ticket box offices and at www.cherryorchardfestival.org. Group tickets, student discounts, VIP tickets and festival subscription packages are available by calling Festival’s office at 1.800.349.0021 or e-mailinginfo@cherryorchardfestival.org.

The Vakhtangov State Academic Theatre of Russia will bring a modern interpretation of Alexander Pushkin’s most sincere and timeless work. World-renowned director Rimas Tuminas’ theatrical adaptation of the work, recently recognized with Russia’s most prestigious award, the Crystal Turandot, as the best production of the theatrical season, remains faithful to Pushkin’s original text, providing an insight into the essence of the Russian soul. The play is classic Russian literature and will be performed in Russian with English subtitles. The U.S. tour is supported by the Ministry for Culture of the Russian Federation.

Eugene Onegin is as relevant today as it’s been for almost two centuries with its enduring themes of condemnation, love, disillusionment, cynicism, compassion, and forgiveness. The Moscow Timesraves, “A stunning, breathtaking, wise and humorous rethinking of Alexander Pushkin’s great verse novel that gave us glimpses behind the scenes and between the lines,” and The London Guardiancheers, “anyone who saw the Vakhtangov Theatre will know they are a first rate troupe.” Showcasing 45 actors on stage and impressive set designs, featuring music by Tchaikovsky and Shostakovich, along with Russian and French folk songs, Eugene Onegin is a daring and stylish display of real masterpiece theater.