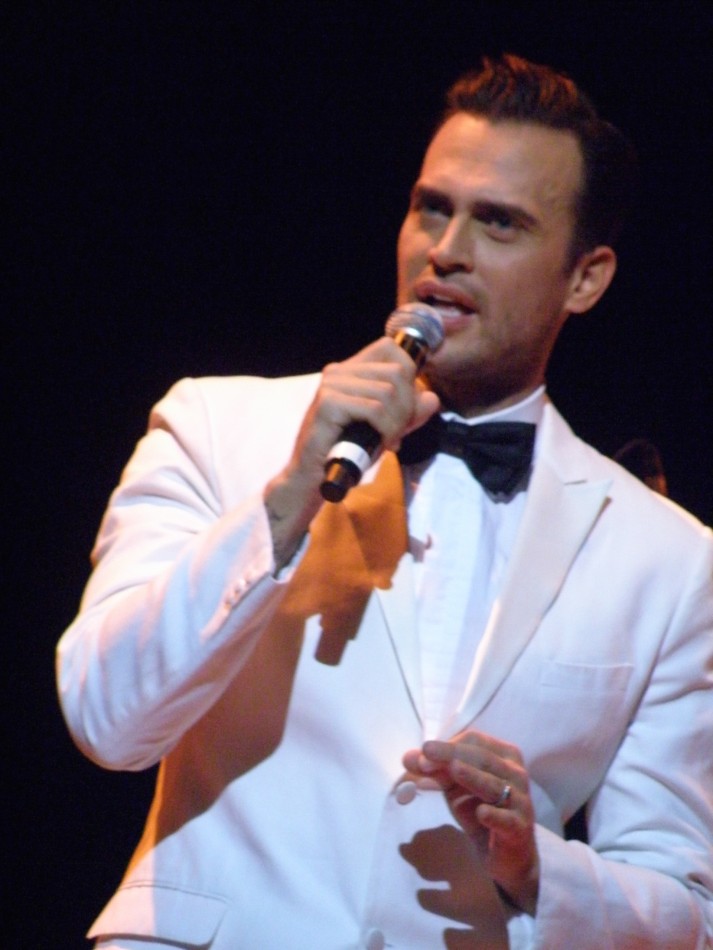 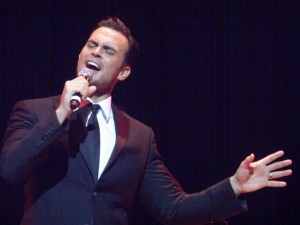 It was a hot sticky evening on Broadway but Cheyenne Jackson, was as cool and hip as a matinee idol in a black tie and white dinner jacket. A triple threat entertainer, he has a lot more to offer, however, than tall, dark, handsome looks. In his one-night-only Town Hall concert, Jackson shared insightful songs and candid stories, moving around the stage with grace, presence, humor and sincerity. Having just gone through a period of personal struggles, today he is upbeat and optimistic and this is the backbone of the show that opened with “Stand By Me,” a stately Ben E. King song with its bass line and sweeping key change.

Life has not been easy for Jackson in the past two years. His personal stories were straightforward but also witty, proving his talents as a surprisingly casual storyteller. Accompanied by music director and pianist, Willie Beaman, with Vancil Cooper on drums, Michael O’Brian on bass and Steve Bargonetti on guitar, Jackson visited musical genres in standards, theater, contemporary pop and Elvis Presley. His clear tone, swooping range and distinct enunciation enlivened a jazz-tinged Gershwin’s “A Foggy Day (in London Town),” starting it off in a thoughtful mood and picking up the pace in the chorus to wrap up with sunny confidence. A knockout pairing was “I Get Along Without You Very Well” and “Don’t Get Around Much Anymore,” arranged by John Oddo. And. . . “Besame Mucho” – what more can you say about those sexy Latin rhythms? 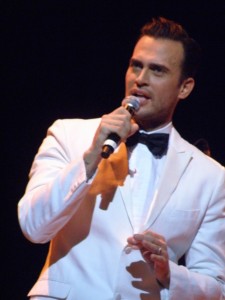 Referring to his early Broadway musical, All Shook Up, Jackson offered some Presley hit tunes, a taste of pelvic thrusts included, on “A Little Less Conversation,” “(Let Me Be Your) Teddy Bear,” and “Can’t Help Falling in Love.” From another Broadway show, Finian’s Rainbow, he grasped and delivered the intensity of “Old Devil Moon.” In a stunning “Falling Slowly” from Once, Jackson was joined in harmony by Beaman.

The show’s songs and stories illustrated the meanderings of love but also touched on his background and family. Saluting his late grandmother, a quirky, outspoken lady, he sang an original song about her alcoholism, “Red Wine Is Good For Your Heart.” For his ever-encouraging parents, he perched on the edge of the stage and intimately delivered a Joni Mitchell favorite, “A Case of You.” He also scored with George Mitchell’s “Kissing a Fool,” a breezy tune with a sober message, Amy Winehouse’s  “You Know I’m No Good”  and Lady Gaga’s “The Edge of Glory.” 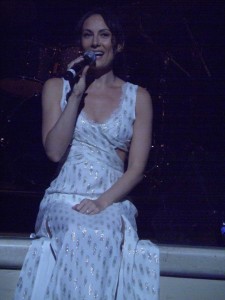 Special guest Laura Benanti made a brief appearance, sitting on the edge of the stage to sing “A Quiet Thing,” unplugged, and Jackson rocked the room in his encore, “A Change Is Gonna Come.” 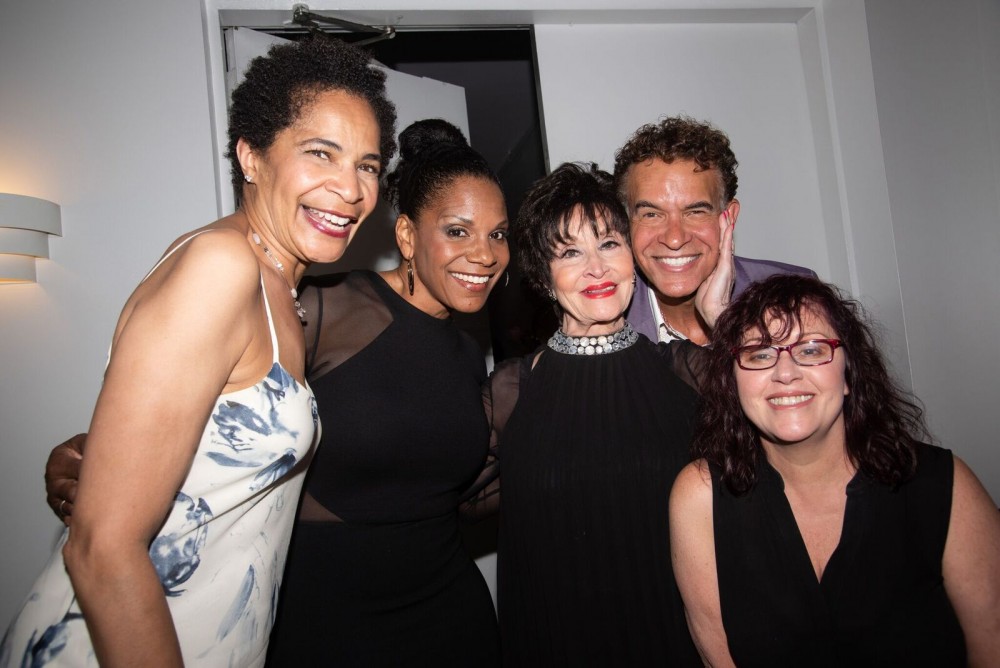 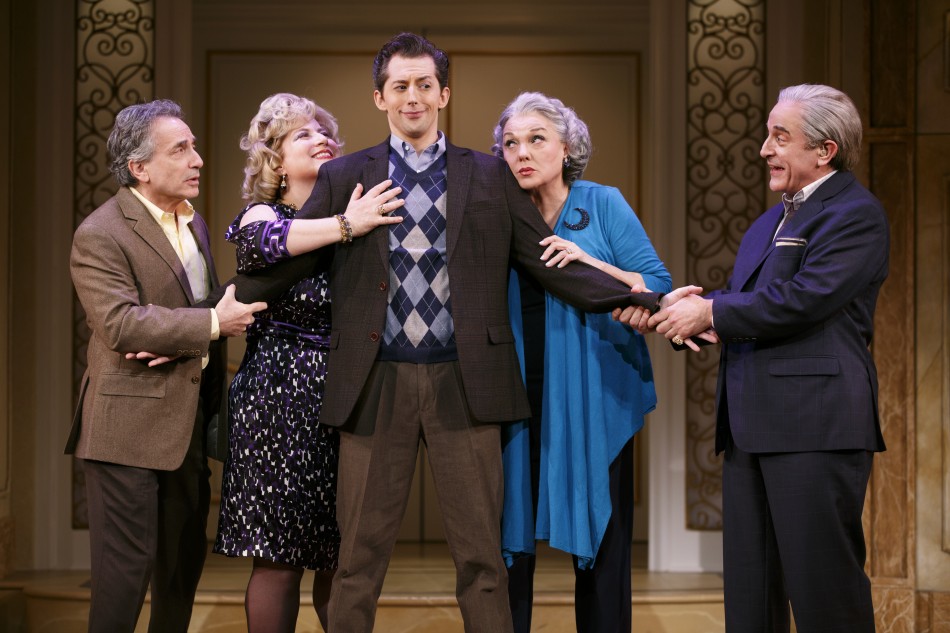