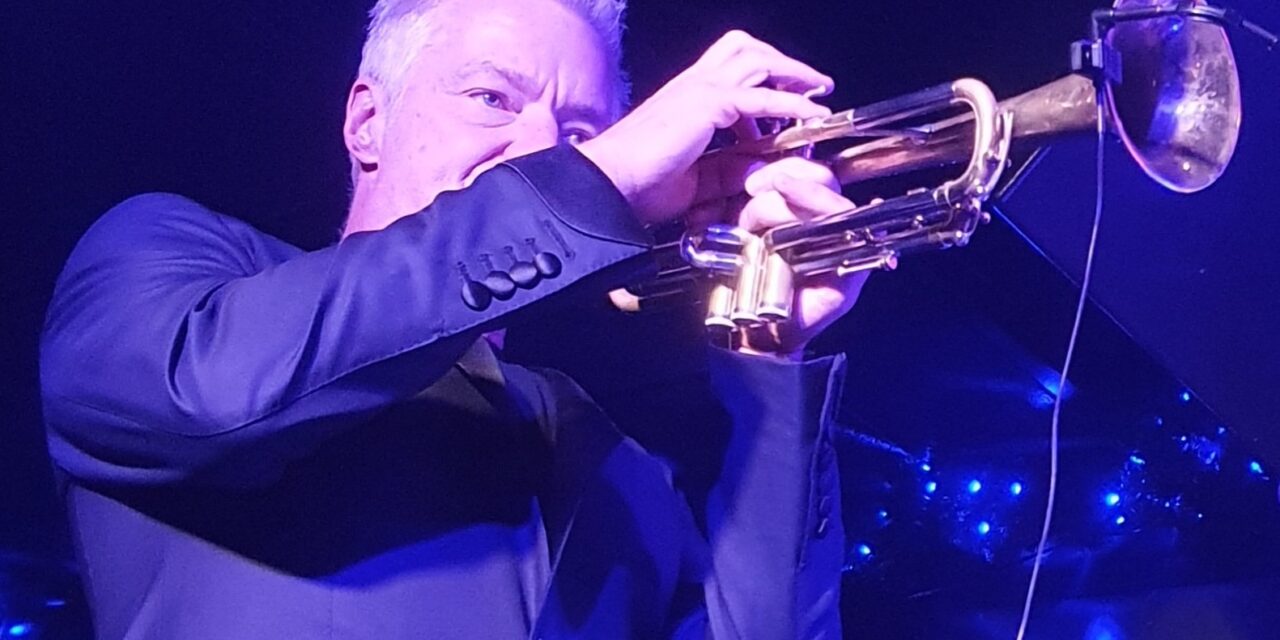 A truly great band can transport the listener with a transcendent sound that takes one to another place with eyes closed.  That’s what trumpeter Chris Botti and company achieved at the Blue Note on December 19.  Botti, a Grammy Award-winning superstar in the world of jazz and pop, has held a winter residency at Blue Note for 17 years.  By combining great music and showmanship, an exceptional band and a number of extraordinary guest artists, Botti provides a stunning night of entertainment.  Botti, no jazz purist, makes extensive use of audio effects, including echo, to create mood and ambiance.

Botti’s unusual, intimate stage presence has him athletically prowling the stage, creating pockets of energy and music with each musician.  His icy blue eyes seek out individuals in the audience as he plays, creating a strong personal bond, and he seems aware of every reaction and emotion he has stirred.  Botti has a clear commitment to passion and excellence; there was not a missed note.

He took his time setting up his first song, “Someone to Watch Over Me” (George and Ira Gershwin) with an ethereal opening melody.  Guest violinist Erin Schreiber eventually introduced the melody before Botti took the horn.  His exceptional tone and control are a marvel.  Schreiber, tall, redhaired and barefooted, is the Concertmaster of the St. Louis Symphony.  A couple of songs later, Schreiber returned to this theme.  Here, she showed off her considerable skills, with a tone so stunning that it caused this reviewer to openly weep.

Singer Sy Smith, a Diana Ross lookalike, made a Vegas-style entrance, singing “In the Wee Small Hours of the Morning” (David Mann/Bob Hilliard) with a wireless mic while working her way through the tight room and up to the stage.  She has an amazing range and presence.

“I’ve Got You Under My Skin” (Cole Porter) was modeled on the 1956 Frank Sinatra recording, with guest saxophonist Andy Snitzer playing the legendary Nelson Riddle opening vamp on saxophone and Botti modifying the Milt Bernhard trombone solo for his trumpet.

Sensational young singer Veronica Swift was the final guest.  With “There Will Never Be Another You” (Harry Warren/Mack Gordon) and “Moanin’” (Bobby Timmons/Jon Hendricks), it was clear Swift has reached another level of jazz vocal mastery and stage presence, at one time “singing” bass to Botti’s trumpet.  She will appear at Blue Note with her own show on January 20-22, 2022.

The show closed out with a big finish, with all players except Erin Schreiber playing on “Shining Star” (Maurice White/Larry Dunn/Philip Bailey), including Smith and Swift singing together. 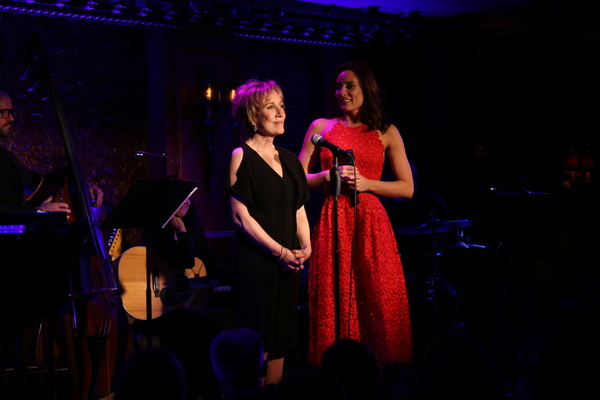 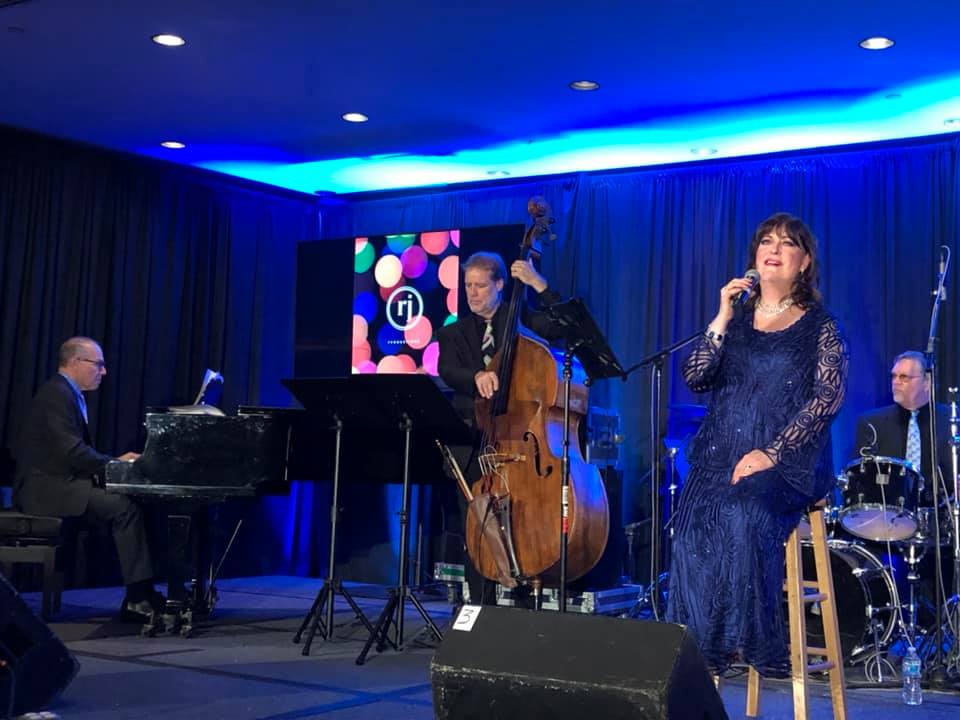 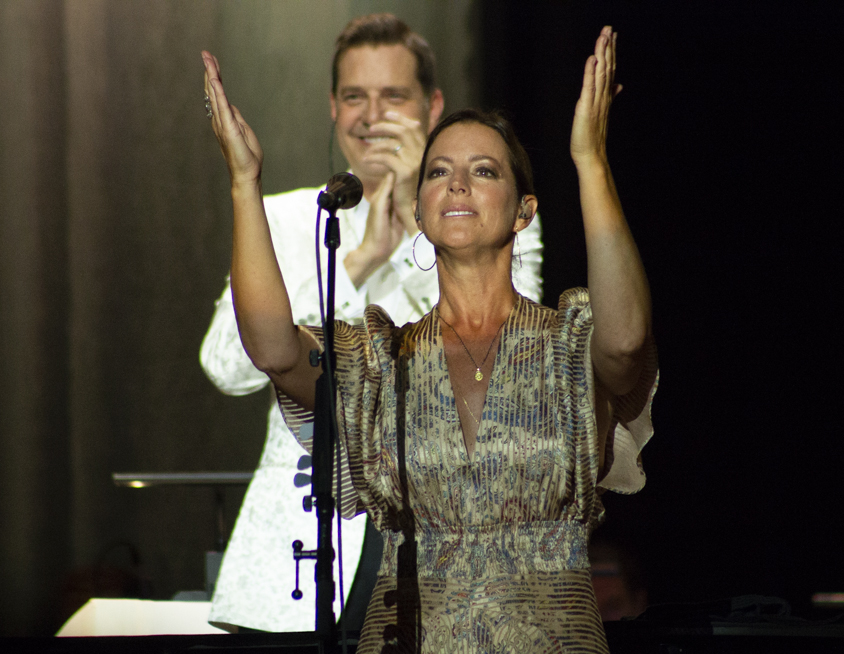 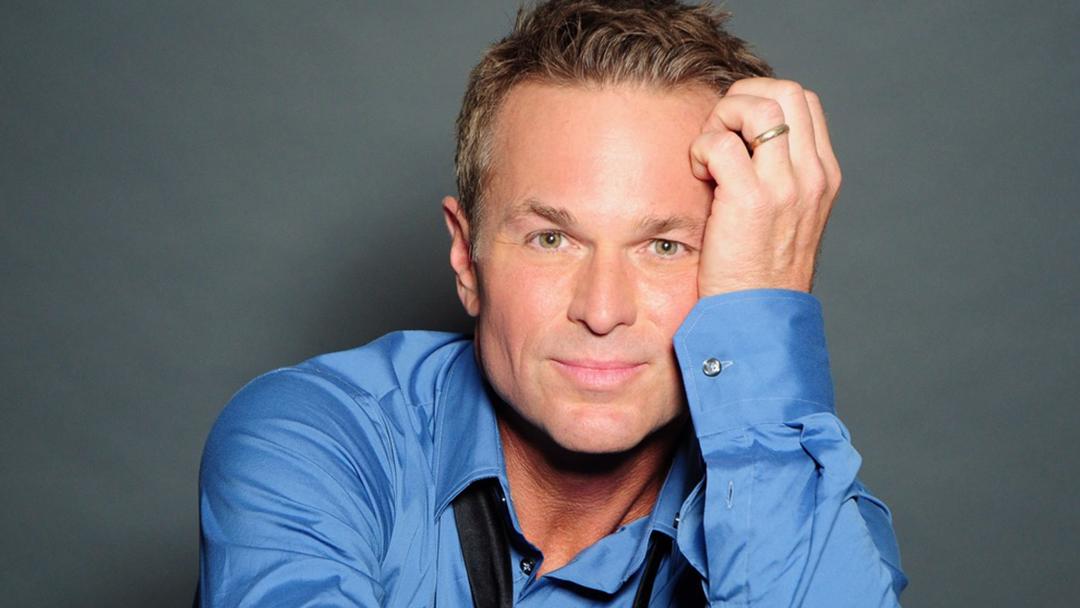