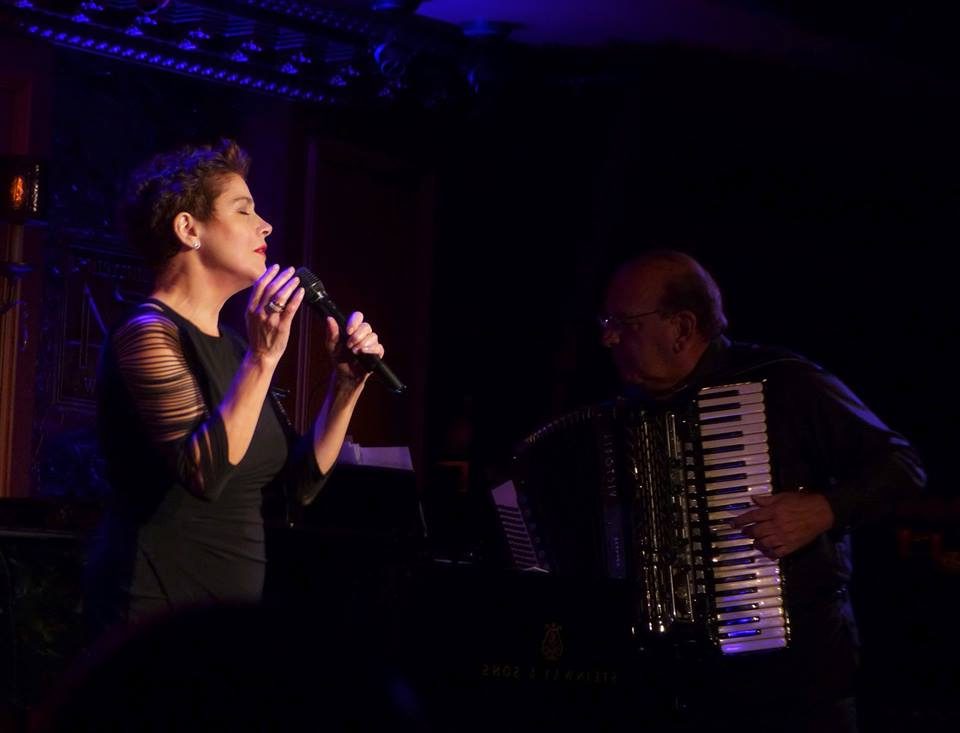 Could there be two more dissimilar singers than Edith Piaf and Christine Andreas?

Piaf was tiny, frail and possessed a straightforward piercing voice upon which she hung her heart. Andreas is taller, with a healthy upright posture and has a trained bell-like voice that reveals itself within its gorgeous layers.

Why, then is Andreas’ Piaf – No Regrets such an enormous success?

First of all, both are artists first. Secondly, both have had awesome personal issues to overcome, something that informs interpretations of even the most innocuous works.

Another reason for Andreas’ standing ovation was her musical director/accompanist Martin Silvestri whose witty, yet subtle, arrangements supported all of Andreas’ interpretive choices.

Virtually all the songs we associate with Piaf were on the program, pretty much in chronological order, all spliced to biographical tidbits of Piaf’s fascinating life, enhanced by several videos of her performing some of the songs.

The first few songs were from Piaf’s early period in which she sang about the basement of society—whores, pimps, street people—and their extravagant emotions. “Hymne à l’Amour” (Marguerite Monnot/Geoffrey Parsons) flowed from a video of Piaf singing it to Andreas’ entrance through the audience, emotionally bringing the audience along with her. The several songs that followed were paeans to love as an addiction: L’Accordéoniste” (Michael Emer), “Valse d’Amour” (Monnot) and particularly, “Mon Legionnaire” (Monnot/Raymond Asso) and “Mon Manège à Moi” (Norbert Glanzberg & Jean Constantin), all about a poor lady’s all-consuming amour passionné.

After the War, Andreas related that Piaf changed the type of song she sang commensurate with her success and maturity, the ones that we now associate most closely with her. Andreas went from the bittersweet “Autumn Leaves” (Jacques Prévert/Joseph Kosma) to the optimistic “La Vie en Rose” (Monnot/Piaf), probably the song most associated with Piaf. Along the way showed Piaf’s fondness for new songwriters with her soulful “Ne Me Quitter Pas” (Jacques Brel).

Piaf lost the love of her life, boxer Marcel Cerdan, in a 1949 airplane crash. She expressed her grief in “Mon Dieu” (Charles Dumont/Michel Vaucaire) into which Andreas poured all her emotions as she gazed upwards.

The final two songs were also signature numbers for Piaf and made for a terrific, poignant ending of this show. “Non, Je ne Regrette Rien” (Charles Dumont) and “Milord” (Monnot/Georges Moustaki).

Be sure to check out the rest of Andreas’ shows at Feinstein’s/54 Below.