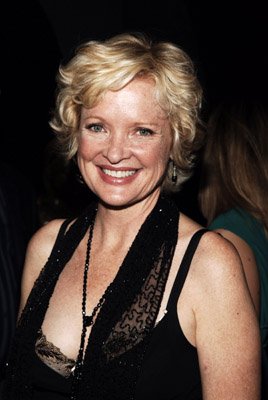 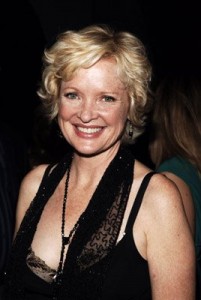 Multi Tony Award winner Christine Ebersole returned to her cabaret home 54 Below on July 28th with “Big Noise From Winnetka,” a show she did there one year ago but totally different from the “Strings Attached,” the show she did there in 2013 with Aaron Weinstein. “Big Noise From Winnetka” is an autobiographical show peppered with her long show business history and long discourses on her belief in liberty. This time she is backed by a great rocking band including her Musical Director Bette Sussman, a female backup singer, a great trombone player, a bass player, and strong drums and percussion. The band opened with a rocking version of the title song which Ebersole belted out with all the verses to that big band song. Because she is from Winnetka, she followed that with a long version of “Dark Town Strutters Ball,” but confessed there were no dark town strutters balls in Winnetka.

One of the soft moments in the show is “Alfie” which demonstrated Ebersole’s acting ability with a lyric and was near perfection. There was a long section of how she left home, not for Broadway, but for Hollywood where she met her husband, William Mahoney, doing a series with Barnard Hughes. She talks about her one appearance in the Globe, a tabloid, which was about her three multi-racial children. One of them is the Hispanic boy who was born in a valley hospital and for whom she cut the umbilical cord, took the boy in her arms and he gazed up at her eyes, and she forever called him her “burrito.” The boy, Elijah Mahoney, is now 22 and is called to the stage. A handsome young man with a strong voice, Elijah pays tribute to the hard work his mother inspired in him, and together they sang a tender duet, “Fingers To the Bone,” Ebersole singing harmony to Elijah’s melody with all the key changes. Elijah, who is working in a restaurant, brings his mother’s work ethic (be the best, but above all, have fun!) to that job. The trombone work behind Elijah’s solos was exceptional.

There’s lots a talk about how the Mayor of New York would not let her present another artist at Gracie Mansion because of her “controversial” views on liberty. Yes, she admits, she was arrested for nude sunbathing in rural North Carolina, but she paid off the cop to have the charges dropped.

There is a funny tale about driving Elijah to the airport when her husband was returning with a Chinese girl they were adopting at the same time an Irish boy was being delivered to the same Los Angeles airport. This led to Ebersole singing meaningfully Richard Rodgers’ “Something Good” about her three children.

Yes, we got “Revolutionary Costume” from “Grey Gardens” but a wild rock rhythm. And because Joni Mitchell is one of her idols, we got a great “Woodstock” and Stevie Nicks’ “Landslide” again about her family. And the wildest “Ain’t No Mountain High Enough” channeling Diana Ross and getting the audience to participate with her.

Showcasing her great musicians, she introduced them in a wild “That’s How Rhythm Was Born.”

And, of course, her final encore was the song she made immortal, “Will You” from “Grey Gardens” done only with Sussman’s piano accompaniment.

“Big Noise From Winnetka” repeats at 54 Below Thursday July 30 and Friday July 31, both shows at 7 PM and Ebersole also appears at Bay Street in Sag Harbor Saturday, August 1 at 8 PM Reservations are a must.