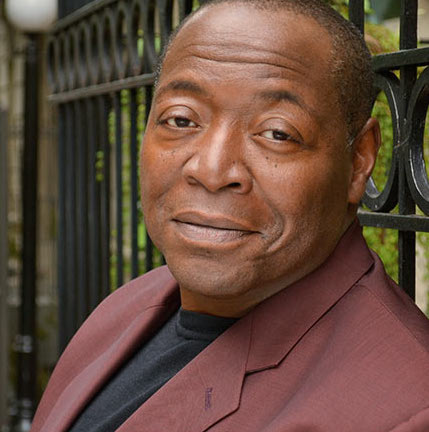 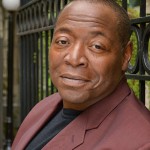 Chuck Cooper brought “Jazz Poetry, The Blues of Langston Hughes” to 54 Below on July 1st. The Tony Award winning actor, who was recently in “Act One” at Lincoln Center, promised to wrap the audience in poetry.

It was sublime to hear from this artist who has also appeared in “Caroline, or Change,” “Chicago,” and “The Life.” As the jazz poetry flowed on, it was an energetic and not a languid journey.

The evening kicked off with “Harlem Night Song,”  by Langston Hughes and Lou Rosen. The second song was “Weary Blues.” “The Weary Blues” was Hughes’ first book of poetry, published in 1926. Composer Scott Richards, who wrote the song, was in the audience. The evening continued with “Blues at Dawn” and “Minstrel Man.”

Memories of the 30s were interpreted onstage. Not a moment of pride is lost, as Chuck Cooper found within him the characters that thrive in Langston Hughes’ poetry.

Hughes was born in Joplin, Missouri. Leaving his studies at Columbia University in 1922 due to racial prejudice, he was always quick to see the complexity in the black experience. The evening featured poems written by Hughes from the Harlem Renaissance and beyond. In magazines and published books of poems, Hughes writes about the evening and the morning hours, and as he considers the time, place, and consciousness. Hughes is a galvanizing figure, and Cooper perfectly embodies the spirit and the complexity in Hughes’ poetry as he sings about the beauty and pain of Harlem.

Some of the Langston Hughes poems are anecdotal, some are illustrative. We consider Hughes’ Harlem in “Harlem (A Dream Deferred).” Impressive songs set to music also included “Night Funeral” and “Bound No’th Blues,” a traveling song with the piano perfectly moving in time with voice.

The Musical Direction was by James Sampliner, and the direction by Lance Roberts. Three musicians complimented the singer for the entire evening. The drum set never overpowered Cooper, and strings perfectly provided a rhythm through which the words could take flight. Chuck Cooper brought his son onstage to join him on guitar for one of the songs.

Cooper approaches the poems with a range of styles, from big Broadway to gospel. He doesn’t forget the fundamental sadness in all of Langston Hughes’ poetry, and a need to be heard. As Cooper bellows, his voice is strong and free.

Cooper also makes a departure from singing to find humor with his “Madame poems.” Embodying the female characters, somehow he gets closer to the characters of Harlem. Wearing a light hat, and taking his space under the light, he speaks through some of the difficulties of the day. His performance style is swift and funny.

One of the highlights of the evening was Cooper’s song, “Daybreak in Alabama,” from Jeanine Tesori’s “Caroline, or Change.” He finds not only the elegance, but also the sophistication inside the poetry. As the soul returns, the joy of life is nowhere near forgotten. Cooper ended the evening with “Life is Fine” by Langston Hughes and Lou Rosen. He then led an encore, asking the audience to celebrate the July 4th holiday, and sing to America. He’ll be back on July 8th at 7 pm!

With bright purple lights shining against the walls that say 54, the space was perfectly lit for the performance. 54 Below, Broadway’s Supper Club, presents some of the brightest stars from Broadway, cabaret, jazz, and beyond. 54 BELOW is located at 254 West 54th Street. Tickets and information are available at www.54Below.com.