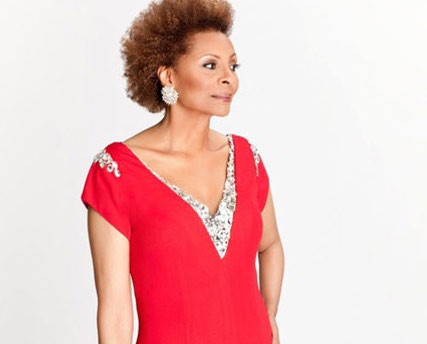 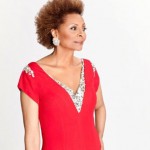 With a big smile, joyous persona and that ever-so-slight scrunch of her nose, this Tony and Emmy Award winning legend returned with her show “Classic Uggams” at New York’s nightclub, 54 Below on June 6th with “Some People” (Sondheim/Styne – Gypsy). She is the ultimate show-woman! And it just so happens she’s about to go off to the University of Conn. in July as “the first chocolate brownie that’s gonna be Mama Rose.”

Classic refers not only to the songs that make up this well structured show, but to the people with whom she’s worked in her long career. She started on the Apollo stage when she was 9 years old opening for legends like Ella, Sinatra, Sammy Davis Jr. Theater was in her blood as a wee one at age 6 when she played Ethel Water’s niece on the TV series Beulah.

Her vocals are strong, powerful and clear as a bell, with impeccable diction whether she’s slow, easy and passionate with “It Had To Be You,” or a lovely pairing of “Yesterday/Yesterdays” (Lennon, McCartney/Kern) or raising the roof with a hot and sassy “Anyplace I Hang My Hat is Home” (Arlen, Mercer).

Ms. Uggams has been working on the show “Stormy Weather – the Lena Horne Story,” which premiered to record attendance at the Pasadena Playhouse, and is slated for Broadway. From that show, she sang a smoky, potent “Come Rain or Come Shine” (Arlen/Mercer). A tribute to her long friendship with Marvin Hamlisch (they went to Professional Children’s School together) produced a capella “What I Did For Love.”

Speaking of a capella, she does have a penchant for the genre also singing a quick time version of “Hello Young Lovers” against Ray Marchica’s exceptional drum playing.

With just the right amount of stories to tell, the evening flew by and before we knew it, she was rounding the corner to the closers that included a soaring “Being Good” (Styne, Comden & Green) from “Hallelujah Baby” for which she won a Tony.

With John McDaniel on piano and as musical director and Ray Kilday on bass, run don’t walk to 54 Below to catch one more show this evening June 7th at 8 p.m.