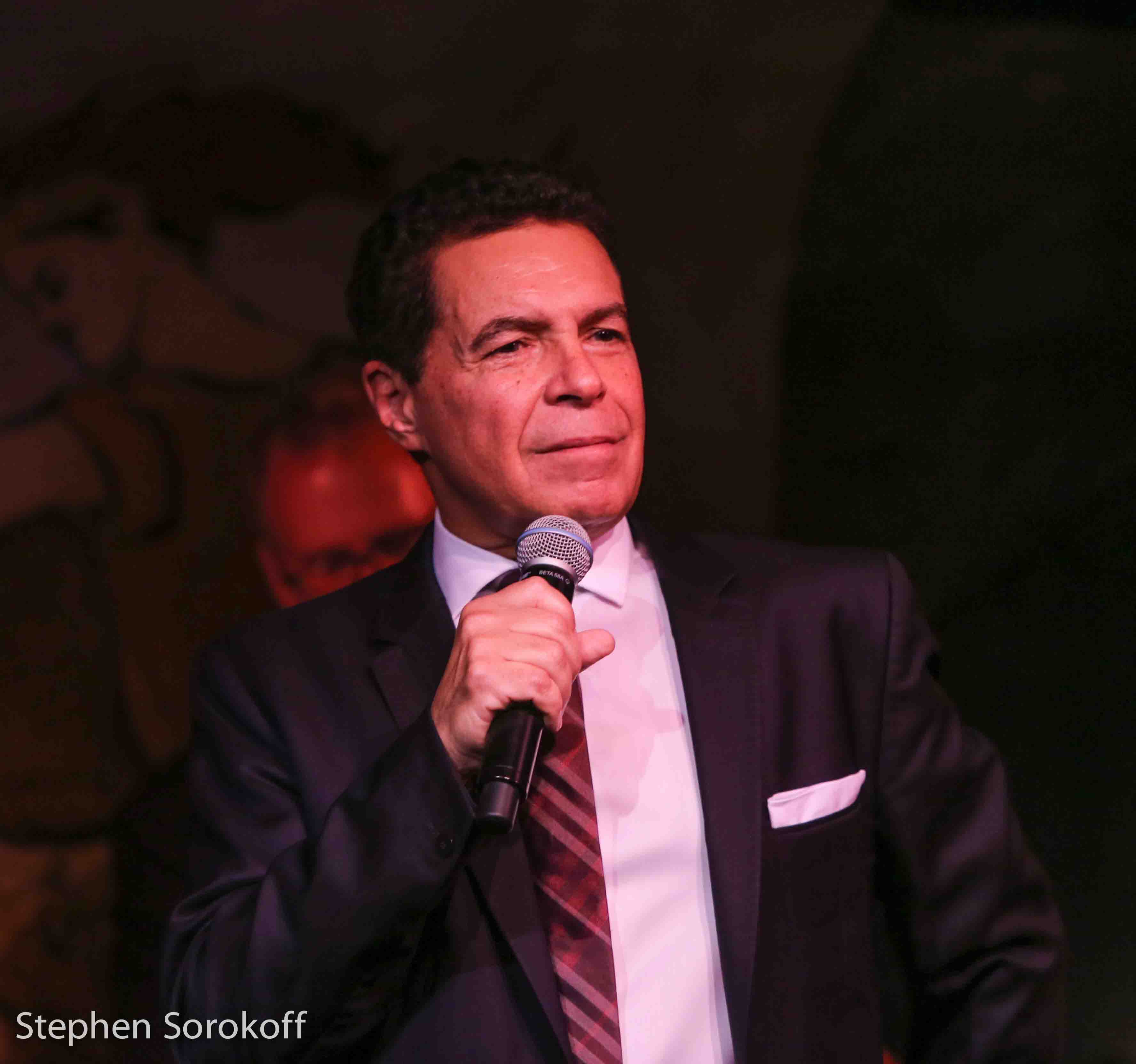 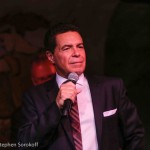 The sumptuous Café was jam packed as super entertainer Clint Holmes returned with Stop This Train, both the title of his new show and opening song by John Mayer.  His past shows paid tribute to Paul Simon, Cole Porter and Bobby Short. Time to pay tribute to his own memorable life!

This is a peek into the heart and soul of a man who grew up in a bi-racial home just outside of Buffalo, NY – Mom a white British opera singer –  “open the throat, round the tones, enunciate” – and Dad, an African-American jazz vocalist who didn’t slap skins but when Clint sat in with the cats, it changed his life.  He learned artistry and joy.

Childhood comes alive in “Dat Dere” (Bobby Timmon/Oscar Brown), from which the show’s title derives, showing off his playful mood. His memories take him back to the days spent in Paris “At the Rendevouz” and “Michelle” – ooh la la la, “C’est Magnifique” and “La Mer” – the storyline one of romance; soulful and warm, expressed with sincerity and lots of heart.

“1944” (written by Holmes) is a complete centerpiece in itself of wartime romance and the sadness of loss, with its own special, personal message.

Clint Holmes is a powerful showman, a king of scat and interpretation, able to convey life’s struggles, our vulnerabilities and, always, our will to survive and to never “Stop This Train!”