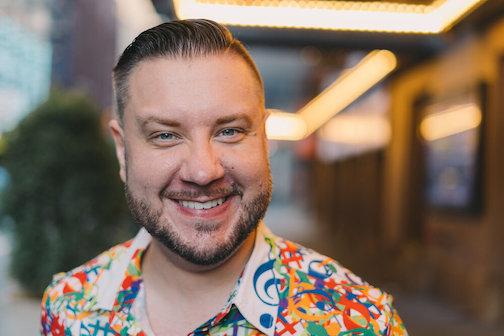 See Nicholas Kaminski on January 12, 2022 at 7:00 pm. at Feinstein’s/54 Below. Nicholas Kaminski is a rising musical theatre composer/lyricist whose songs are profoundly funny, witty, and poignant. With genres ranging from disco to rock to golden age musical theatre sendoffs, his music explores themes of love and connection in a modern world. It also asks questions like: “Will I ever be the person I’ve wanted to be?”, “Am I ready to step into the unknown?”, “Was taking my Equity card a good idea?”, and “Is it just me, or is Santa Claus kinda hot?”

Nicholas Kaminski’s original musical, Starborn: A Disco Odyssey, has been seen in concert at Feinstein’s/54 Below in March of 2020, as well as The Duplex in 2019 and Surflight Theatre in 2018.