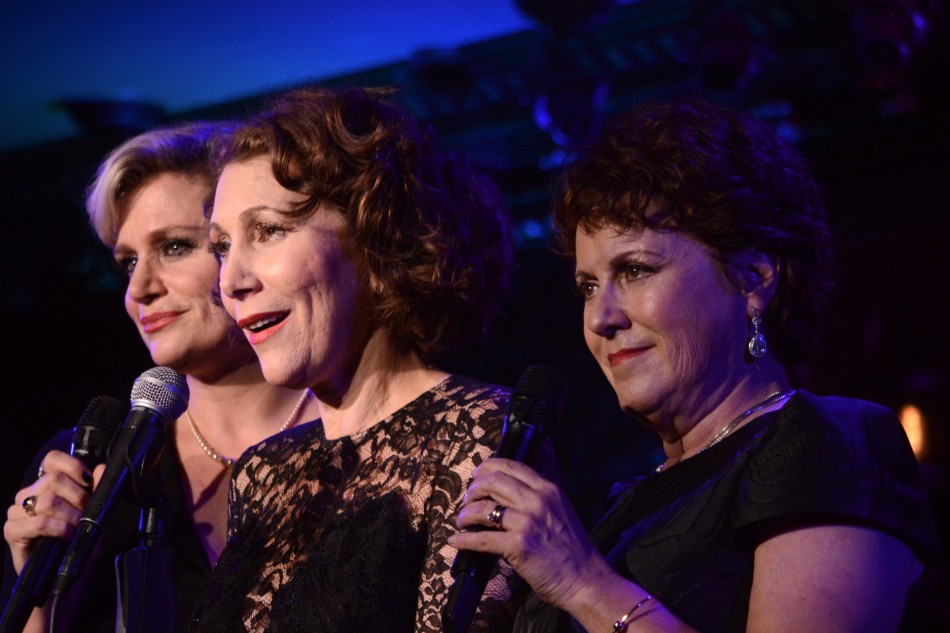 A good time was had by all on Nov. 11, 2015 at Feinstein’s/54 Below watching this delightful celebration of the music of the late great composer Cy Coleman with three Tony Award winning leading ladies who each created roles in one of his shows on Broadway: Randy Graff, Cady Huffman and Judy Kaye. The show was conceived and directed by Will Nunziata with Eugene Gwozdz, Music Director on piano, Adam Neely on bass, Jeremy Yaddaw on drums and Chris Reza on drums. 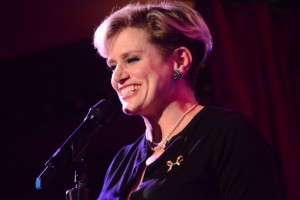 It was obvious that we were in for an terrific show from the opening number, a great arrangement of “Big Spender” (Sweet Charity) paired with “The Best Is Yet To Come” demonstrating the talents of these three Broadway stars. Cady starred in Will Roger’s Follies (1991) and, after talking about her audition with Cy at his home where he wanted to see if she could belt, sang her signature song from that show “No Man Left For Me.” She also belted out “Will-a-Mania,” wearing “original cowboy hat and boots” from the show. Tommy Tune was the director and she mentioned that she is not a good tapper, but was able to tap her way through four Broadway shows. 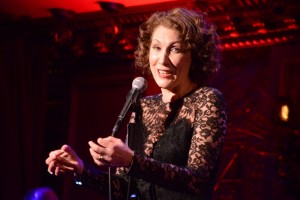 Randy Graff said that at her audition for City of Angels, Cy asked if she knew “Nobody Does It Like Me” from Seesaw, a song that she sometimes used but really didn’t remember the lyrics. Cy sat down at the piano and shouted the words to her as she tried to sing the song for him. Randy got the part and performed “You Can Always Count on Me,” a song with the same sentiments, and won the Tony Award for her performance. The lovely ballad “Why Try to Change Me Now,” beautifully sung, demonstrated her versatility. 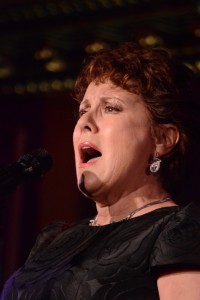 Judy Kaye’s career was launched in 1978 with On The 20th Century, that became a real “Broadway story.” Judy was cast in a small role as maid Agnes, but also understudied the leading lady Madeline Kahn. She reminisced about the day she was supposed to check in with the stage manager, but there was a long line for the phone, so she got to the theater just in time to find out that she was going on. Kahn left the show early in the run and Kaye took over and The New Times reported that “ bang, boom, overnight she is a star.” She brought to “Never” all the humor, passion and excitement of the first time she performed it. She also performed one of the best renditions of “Where Am I Going” from Sweet Charity that I have ever heard.

Our Guy, Cy: The Songs of Cy Coleman is a special evening with show-stopping performances by three incredible singer/actresses. They are well matched as each brings their special talents, personalities and life experience to the show, but still able to blend when singing together. Their harmonies on the group numbers, such as “Here’s to Us/Little Me” and “It Started With a Dream,” couldn’t have been more perfect. The rousing encore “It’s Not Where You Start, It’s Where You Finish” was the perfect way to bring this stellar evening to a close because as the lyic says, they all “finished on top!”

For more info and to buy tickets to:

There are two more performances before they go on tour.