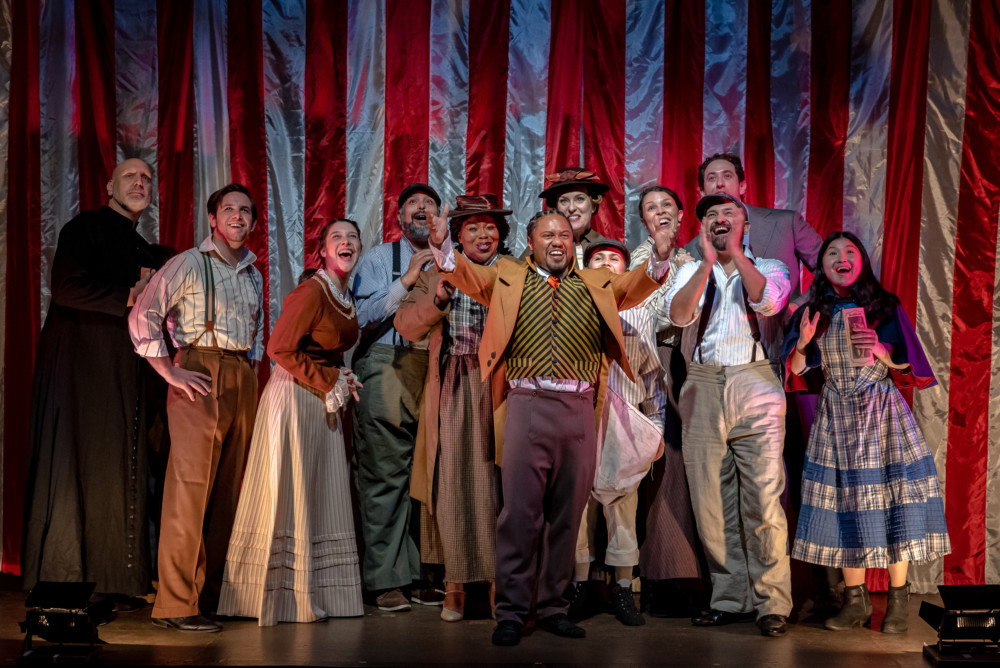 The Cast of The Giant Hoax (Forest Van Dyke, Center)

Step right up to a world of child-like wonder in Kit Goldstein Grant’s musical masterpiece, The Giant Hoax. Be ready to meet The Cardiff Giant (Daniel Moser). He doesn’t show himself for most part, but we do meet an imaginative version through Emily (Staci Stout). a young girl that has left her mother (Robyne Parrish), hoping to no longer be a burden by traveling to Onondaga County. While there, she joins William “Stub” Newell (Forest Van Dyke) and his circus in order to satisfy her curiosity and meet The Giant as well, without considering how real (or fake) The Giant could be.

The simplicity of the set is astonishing. Beautifully designed by Theron Wineinger, the components of the plot take place with the movement of a striped red and white curtain. Thanks to producer Christopher Michaels’ directing, and the acoustics, that curtain can be the door to anything: the circus, the court, Emily’s mind and room. Even the audience was part of the design, as seen when the newsboy (Henry Finn Berry) would interact with us and the ensemble would come from behind all of us to the stage, startling me a bit in the process. 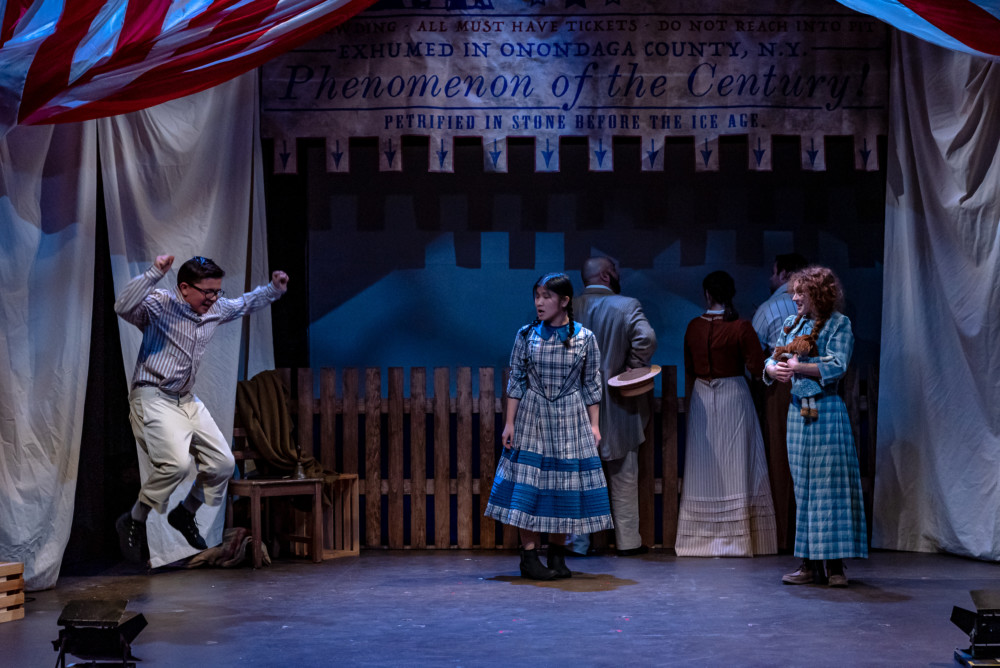 As for the themes, I believe the actors did a wonderful job portraying certain American ideals. First, we have Entrepreneurship. Stub wouldn’t let anybody who didn’t have 50 cents see The Giant. He even goes through the trouble of fabricating the attraction starting in Iowa, for the sake of making it in New York. And when we thought he was going to lose it all, he hits us with a 180 degree-sized-plot twist and makes more cash than any other man in the 19th century. As for what’s in his heart, his personal development from cold hard cash lover to affectionate surrogate father was a warm breeze in this harsh weather.

Then we have Emily, a hyperactive girl who’s so bored with her life, she puts herself in harm’s way to get a job and fend for herself. She learns salesmanship to acquire a greater crowd for Stub’s attraction. She represents the pillar of Goldstein’s musical: the loss of innocence. She is forced to learn the difference between fact and imagination, scenes after witnessing the argument between a revered (religion) and two doctors (science), as well as the one between Stub and P.T Barnum (Paul Aguirre). After learning that she must tell the truth, she refers to growing up as a “nuisance.” Most importantly, she learns that the hardest decisions are the ones no one else can make for her. . . like the one where she chooses to leave her only toy, her Raggedy Ann doll, to Stub. 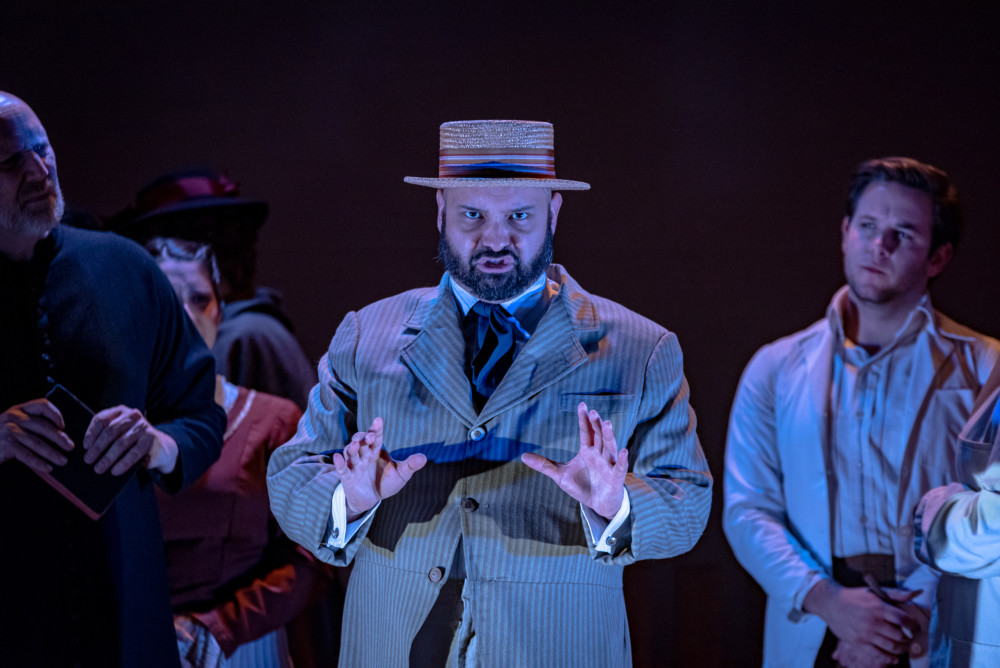 Ben Tostado and The Cast of The Giant Hoax

Finally, we have P.T Barnum. He exists to remind us of the darkest side of the American Dream. Its honesty is dying, and the only way the Dream may survive is if the general public takes other people’s ideas and walks away with them. He shows us that it is possible if you have the right amount of money in front of the right person. He steals the concept of The Giant after Emily tells him “get your own.” This character is unscrupulous, clever, and charming. He is perfect. Paul Aguirre makes us forget Barnum’s foul play with his natural moves and voice. And as much as the character should be hated, his cleverness makes him almost admirable.

I truly enjoyed all the actors’ performances. They made the theater into their subordinate. Even the puppeteers (Mary Albert, Jianzi Cólon-Soto) made the audience emotional by both manipulating The Giant’s arms and by participating in the musical numbers they were part of, such as Tattletale. It is astonishing that Goldstein Grant was able to produce the book, music, and lyrics. Not one song detracts from the story; if anything, they add to the emotions of the characters. In addition, the use of robotic-like moves were enough for me to want to get up on stage and dance with them. But, alas, that couldn’t happen, so the next best thing is to recommend you see The Giant Hoax.

Hurry, however, time is running low, for the show is staged at Theater Row only from November 19 to December 7  at 410 West 42 Street. 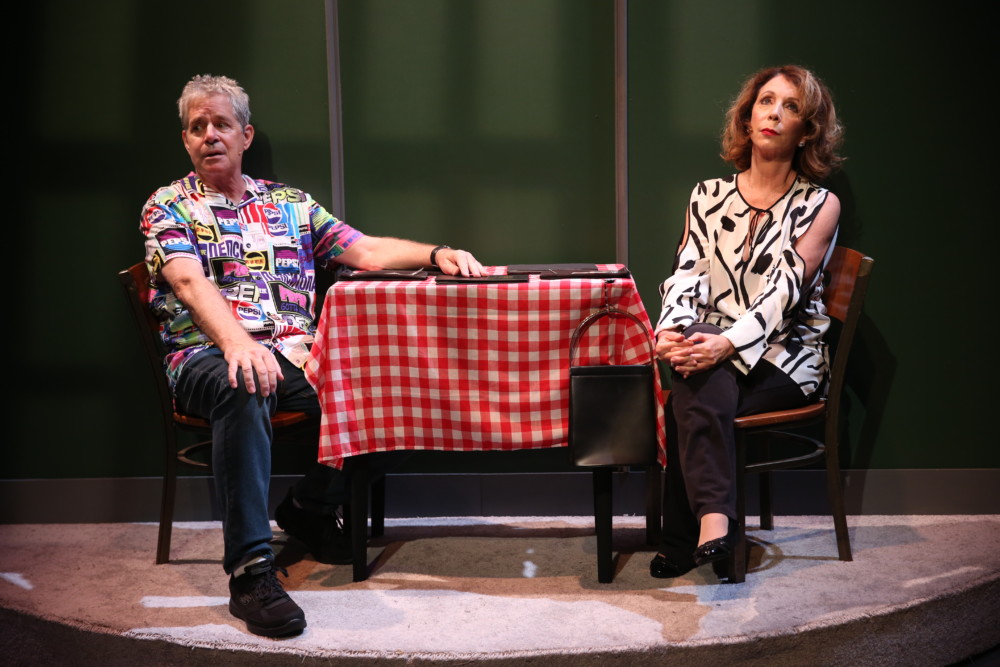 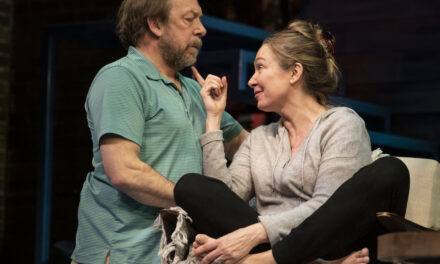 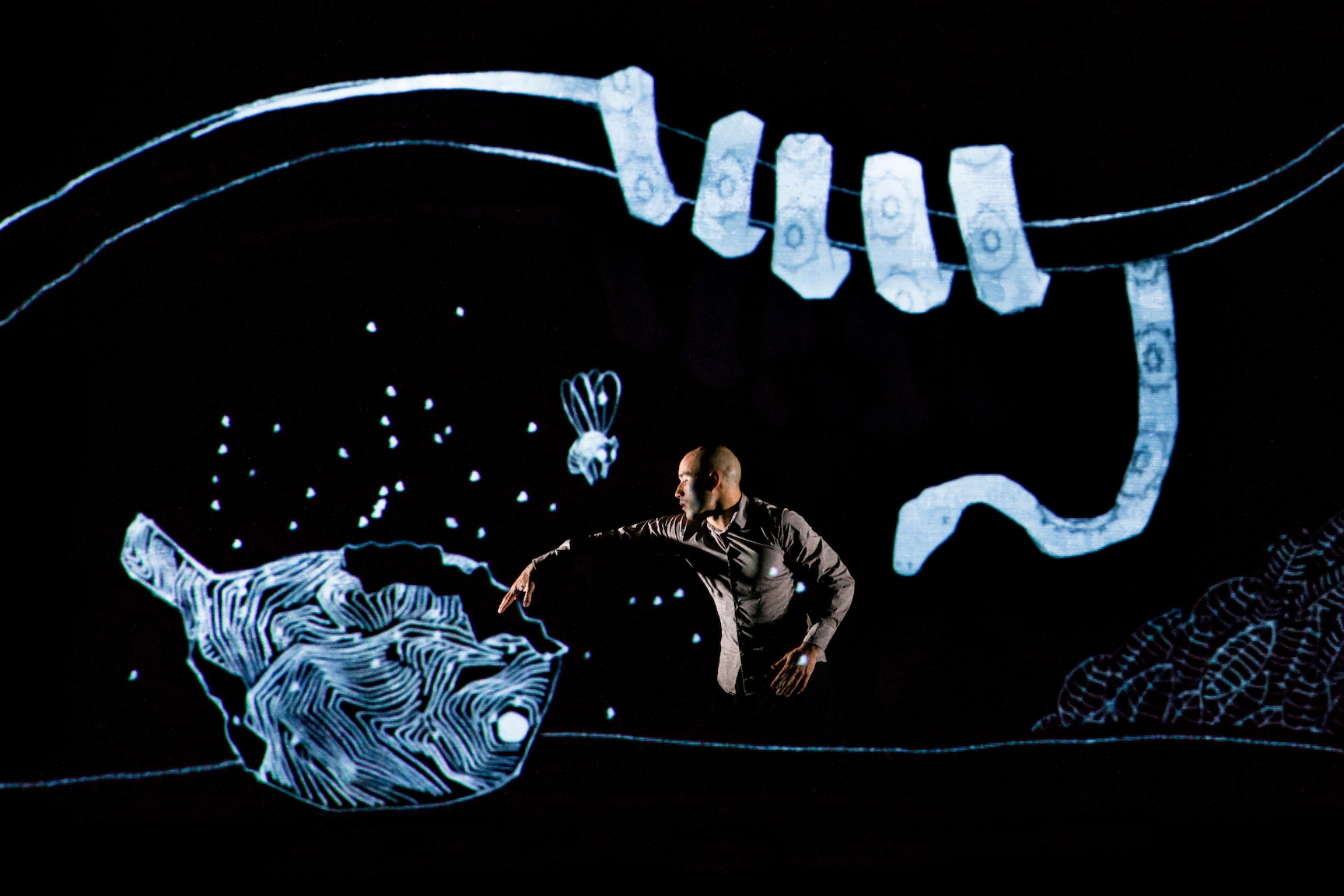 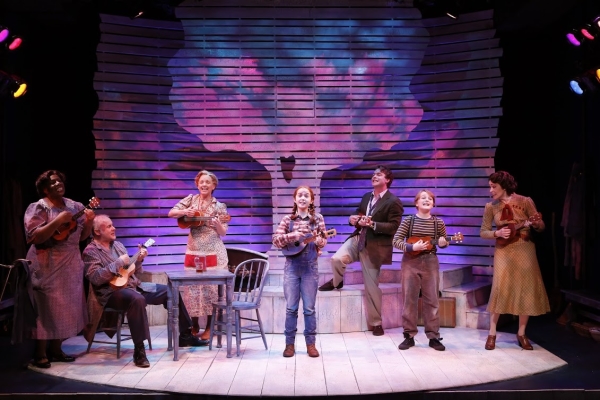