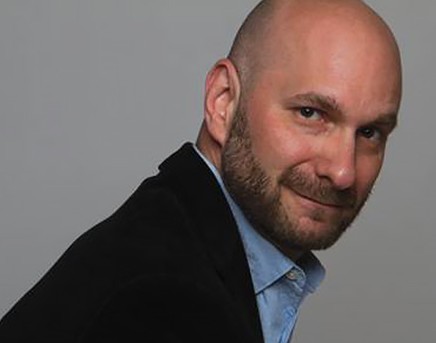 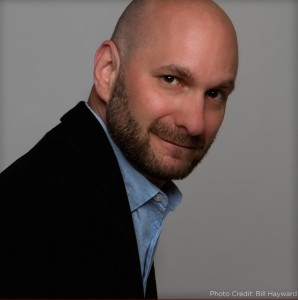 Daryl Glenn’s latest show, Daryl Sings Steve: Sings by Sondheim was originally presented at Feinstein’s at the Regency, and then was part of the Winter Rhythms series at Urban Stages in December of 2014. On July 9, he reprised the show at 54 Below, but this time with some different participants. His music director/pianist, Karen Dryer, is the same, as is Ivan Bodley on bass. But this time he has Sean Harkness on guitar and Dan Gross on drums. Dominic Paolillo is his backup vocalist again but his other guest star is Julie Reiber. There was a full house for the July 9 show.

Glenn’s show is based on his own personal relationship with Sondheim, beginning when he was growing up in Kentucky and heard the LP recording of Assassins. Being a fan of serial killers as well as Sondheim he wanted the duet “Unworthy of Your Love,” performed between Hinckley and Squeaky Fromme. A friend thrilled him by giving him Sondheim’s address. Since that time, Sondheim has personally answered every one of his letters. So each song was preceded by the postal correspondence about the song. With Karen singing at the piano, Glenn performed “Unworthy of Your Love.” When he moved to New York City, Sondheim invited him to his apartment where Glenn was treated to numerous anecdotes about the Sondheim productions.

Sondheim’s Tony-winning Passion was not a financial success, but Glenn recited the lyrics to “No One Has Ever Loved Me” before going into “Loving You” with his deep vibrato very prominent. And, of course, he fully acted out every lyric line.

Paolillo, who had been singing strong backup on all the earlier selections, got to take center stage and sing a glorious duet  on “No More” with Glenn and then solo’d on “What More Do I Need.”

A real rarity was the trunk song, “No, Mary Ann” a rejected lover’s plea to continue suffering. Glenn’s first apartment in New York was in the building where Norman Rene lived. Rene and Craig Lucas were responsible for “Marry Me A Little,” a revue of discarded Sondheim songs. From that show, Glenn did a plaintive “So Many People,” from Saturday Night, the first Sondheim musical that never opened (because the lead producer died prior to the opening).

Glenn’s second guest was Julie Reiber who, because of the birth of her second daughter, had not sung for a while. She had to start a couple of times on “Another Hundred People” and also on “Moments In The Woods,” songs she had sung many times previously. Glenn joined her and they both humorously sang “It Takes Two.”

At the end of the show Glenn reprised “Now You Know” with all the musicians singing backup from the beginning of the show and then, with only Dryer, sang a very touching and effective “Not While I’m Around.”

Glenn plans to do a repeat of the show in the future. Do yourself a favor and keep an eye for it.