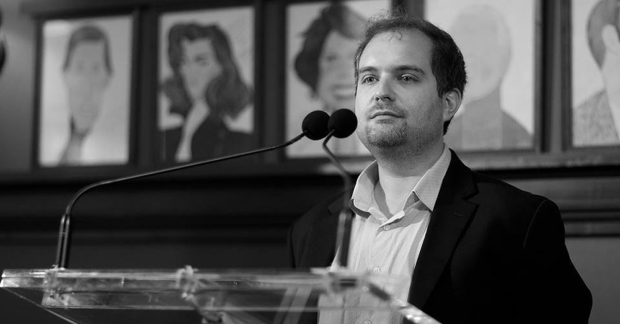 As a proud member of Outer Critics Circle I heartily congratulate David Gordon in his new role as President.

Outer Critics Circle, the organization of writers and commentators covering New York theatre for out-of-town newspapers, national publications and other media beyond Broadway, announced today that David Gordon of TheaterMania.com will serve as its new President.

Former President Simon Saltzman will continue his longtime association with the OCC in the position of Vice President.  Both positions were voted by the OCC Executive Committee and will take effect immediately with the start of the 2018-2019 theatre season.

“As an active member of the OCC Executive Committee, I am honored to become its latest President,” Gordon said. “I have witnessed the best possible example in Simon Saltzman, and I look forward to working with him to preserve the extraordinary legacy of this organization while shepherding it into the future.”

In addition, the OCC Executive Committee has announced that former Vice President Mario Fratti will be awarded Board Member Emeritus status, and Stanley L. Cohen has resigned his responsibilities in his capacity as Treasurer and Nominator. Cohen will remain as a Board member and Adviser to the Executive Committee.

Glenn Loney, Outer Critics Circle founding member, historian, and longest-serving Executive Committee member, passed away on April 16, 2018, at the age of 89. The Outer Critics Circle will begin a search to replace this position and the two others this summer, and looks forward to welcoming a total of three new Executive Committee members in August.

Before joining TheaterMania.com, David Gordon contributed to publications such as The Queens Courier, NYTheatre.Com, Newsday, and The New York Times. He received his Bachelor of Arts with high honors distinction in journalism from Hofstra University and his master’s degree in theater history and criticism from Brooklyn College.

Celebrating its 68th season of bestowing awards of excellence in the field of theater, the Outer Critics Circle is an association with members affiliated with more than ninety newspapers, magazines, radio and television stations, internet, and theater publications in America and abroad. www.outercritics.org