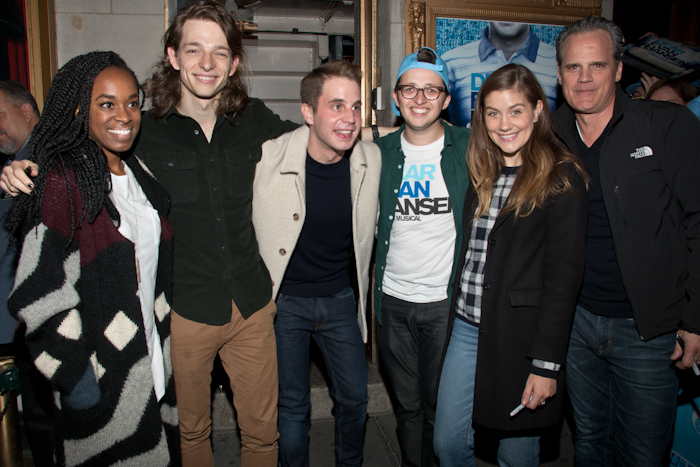 Monday evening, November 14, Dear Evan Hansen, last season’s off-Broadway sleeper sensation, began previews at the Music Box Theatre on Broadway, commemorating the event with a stage door celebration after the show. Theater Pizzazz’s JK Clarke was on hand to capture all the excitement.