Discovering The How and The Why 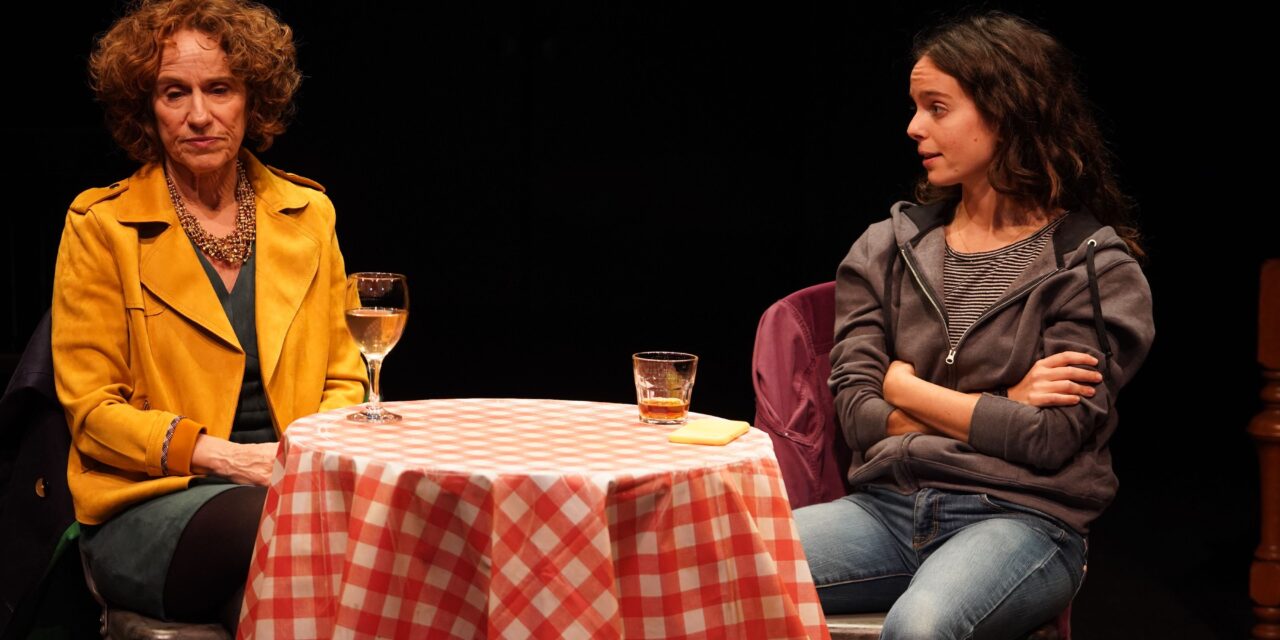 The How and The Why traces two women working in biology.  Zelda is elder to Rachel, an NYU graduate student seeking recognition for her work in taking on the difficult question of why the body behaves as it does.

Both women believe in men, yet their survival in academia depends on a matriarchal system where opportunities are provided slowly.  After a long discussion about the necessity of menstruation and the occurrence of the body’s defenses fighting against toxic sperm, Zelda finally reveals her career trajectory, including some remarkable travel to Africa before giving birth to a child.  Her greatest achievement is the teaching of the Grandmother Hypothesis.

With only two characters, Playwright Sarah Treem carves out moments of intellectual endurance.  She creates an interdependent world where we can’t be squeamish about questioning the essential way that life continues.  Both Karen Leiner (The Birthday Party at CSC) and Arielle Goldman (The Marvelous Mrs. Maisel) find uncomfortable moments of awareness while dealing with such deeply personal subject matter.  Rachel’s awkward reticence to stand firmly, while talking through her work really is so honest that it almost hurts.  In an office in Cambridge, she never really conquers her fear or relinquishes the necessity to prove her scholarship.

Later, in a bar in Boston, after Rachel has presented her paper at a conference where Zelda is on the Board, we wish that Rachel would find strength and courage.  Still fraught, now coping with the dilemma of handling life without her boyfriend, Dean, she no longer seeks approval while striving to find a place of equanimity. When we finally learn that Zelda is actually Rachel’s mother, the play enters new depths of understanding.

Director Austin Pendleton provides great pauses to let new life be given to each new concept in the text, while Karen Leiner as Zelda steadily guides each moment.  The How and The Why is enhanced with some lush contemporary sounds from Sound Designer Andrew Lynch and some beautiful lights, provided by Lighting Designer Ryan Metzler, which fill each time the actors are at a loss for words.  While Rachel is grateful that she has finally found her mother, the long journey toward proving her scholarship eventually leaves her exhausted.

Seeing this play at The Sheen Center for Thought & Culture is inspiring.  Catholics have long argued about life and what it means, who has the right to give life and why it is so precious that it can never be taken.  Good Egg, the Producer, seems most interested in the emotional struggle of it all.  Remaining on the side of science, Sarah Treem’s play doesn’t spiral into religious fervor.  Instead, it remains centered on the need for scholars to be recognized without their theories being blown to bits.

The How and The Why is running until November 6 at The Sheen Center for Thought & Culture (18 Bleecker Street, NYC) www.sheencenter.org