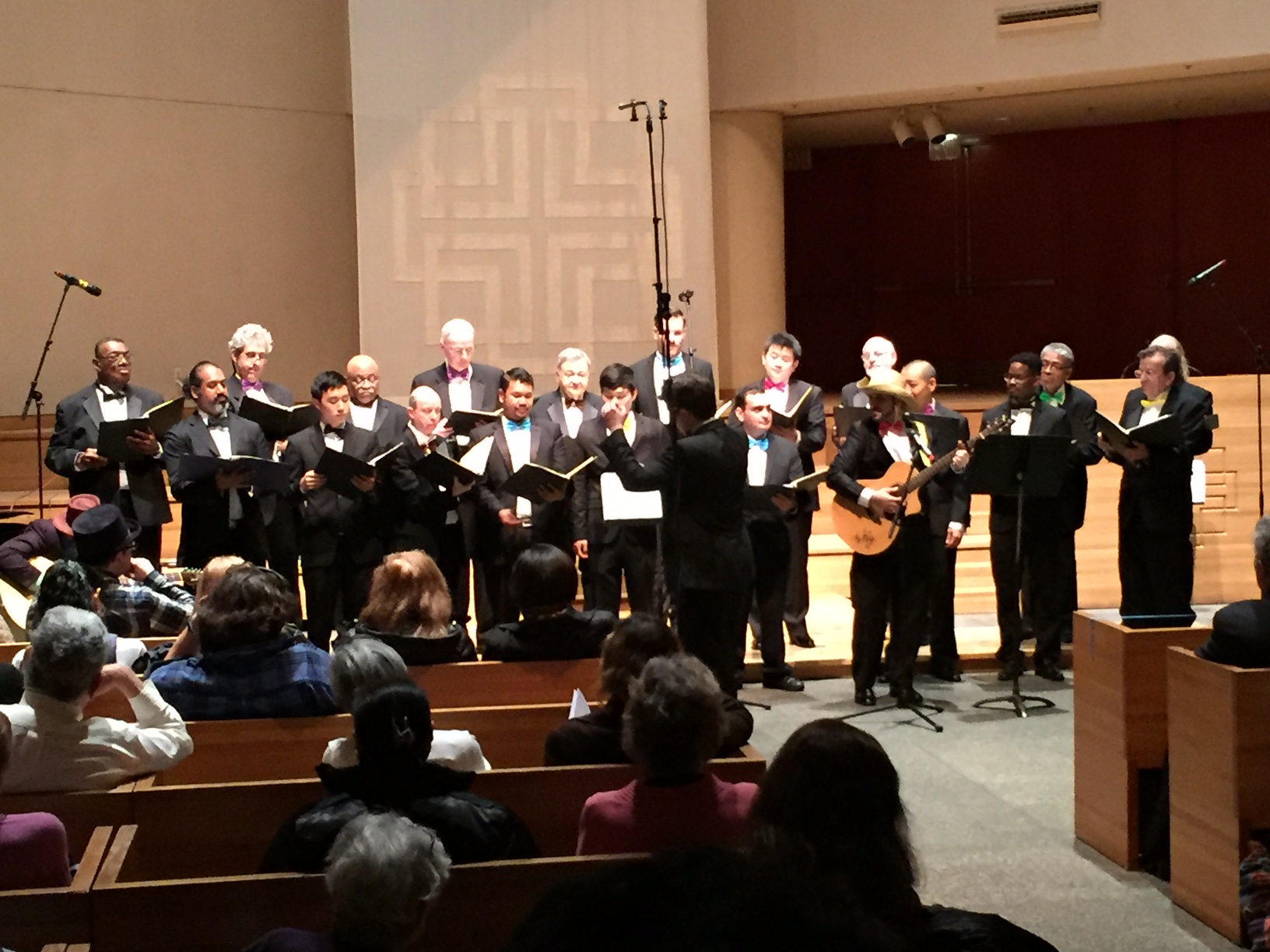 Massed male voices have long been a feature of the choral world, and the venerable Downtown Glee Club, one of five such remaining clubs left in New York City, has been preserving this esteemed tradition for 87 years. The Spring edition of the group’s twice-yearly performances celebrated the power of love in its many forms. Entitled Crazy Little Thing Called Love, audience members were treated to an hour of songs ranging from Great American Songbook standards to modern rock and roll.

Twenty singers were first heard before being seen, entering with a rousing “The Singers Salutation,” followed by a procession to the stage and a launch into the standard, “I Get a Kick Out of You.” The tradition of the glee club began in seventeenth century England, with the singing of short songs called “glees” by trios or quartets. While the “glee” has passed into history, the Downtown Glee Club still maintains the convention of showcasing members in small groups. Nonets ably handled “As” (the nine men punfully labeling themselves the “As-beens”), “How Deep Is Your Love” and “Summertime,” with a surprisingly effective tenor solo in a role traditionally sung by a female. An octet was formed for “God Only Knows,” featuring a solo by club president, Michael Tedesco. 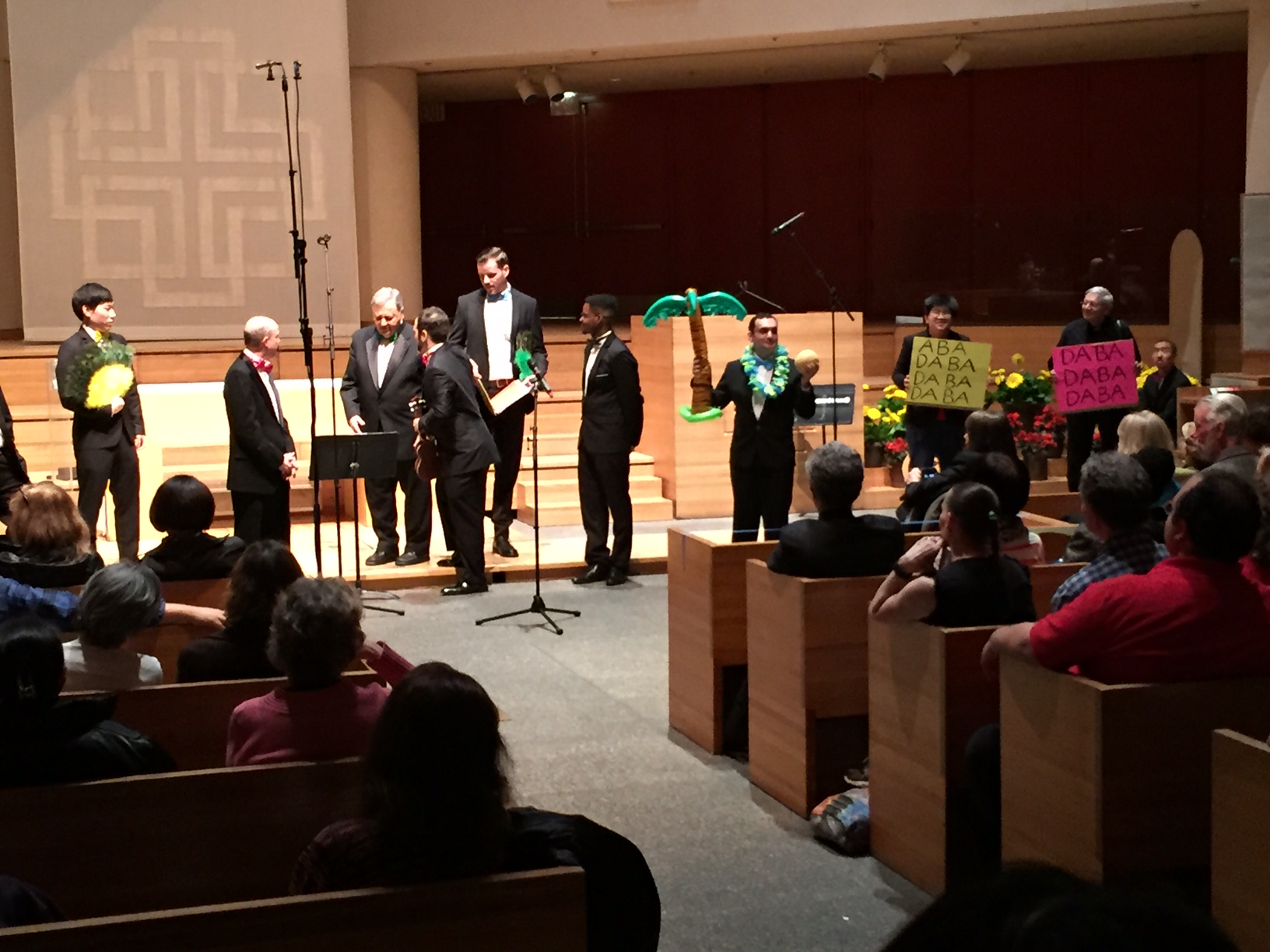 Tedesco also served as host of the concert. He’s one of the group’s strongest singers, and an effective speaker and cheerleader – his enthusiasm for singing is evident, and is a real “public relations” asset to the club. As a guitarist, Tedesco also soloed with his instrument on an excellent rendition of “Fire and Rain” with accompaniment by fellow guitarist Andrew Poretz. Poretz also accompanied on the delightful “When I’m 64,” sung by the full chorus with knowingness among certain of the ranks. Fun was had also with the crowd-pleasing novelty song “Aba Daba Honeymoon,” featuring props, high spirits, and solos by Mark Dawn and Bernard Benevento to the guitar playing of Poretz.

Other songs which comprised the evening’s selections were “Things We Do for Love,” “How High the Moon,” and a beautiful “When I Fall in Love,” in which the blend of basses, baritones and tenors was especially smooth and well-integrated. The closer of the show was the eponymous “Crazy Little Thing Called Love,” arranged in the most upbeat tempo of the night ( a tempo missed on some of the other selections of the set). Conducting was Joseph Martin, a recent graduate of Manhattan School of Music, who the group acknowledges as “part accompanist, part conductor and part cheerleader.” Accompanist on piano was Paul Kerekes. 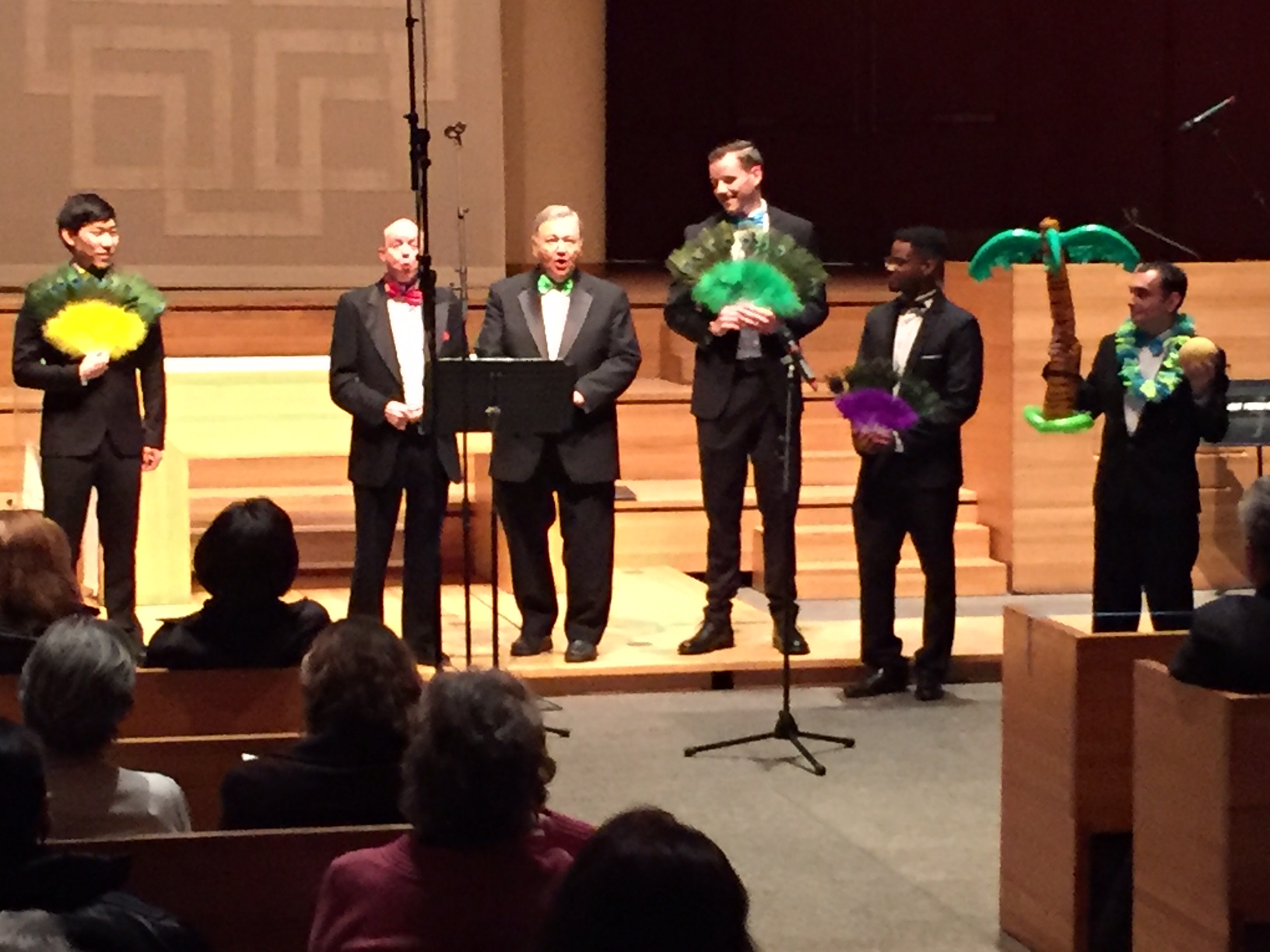 As with many cultural institutions these days, the Downtown Glee Club is challenged to maintain its membership, once 250-voices strong. Besides singing, the Club supports a Student Singer Scholarship and the Afterglow Artists Series. It’s an institution most worthy and deserving of at least another 87 years of longevity. For those not familiar with the power of four-part male harmony, the sound is sheer delight – and who could possibly resist the comeliness of men in spiffy tuxes and big, bright bow ties?