Drew Gasparini – I Could Use a Drink 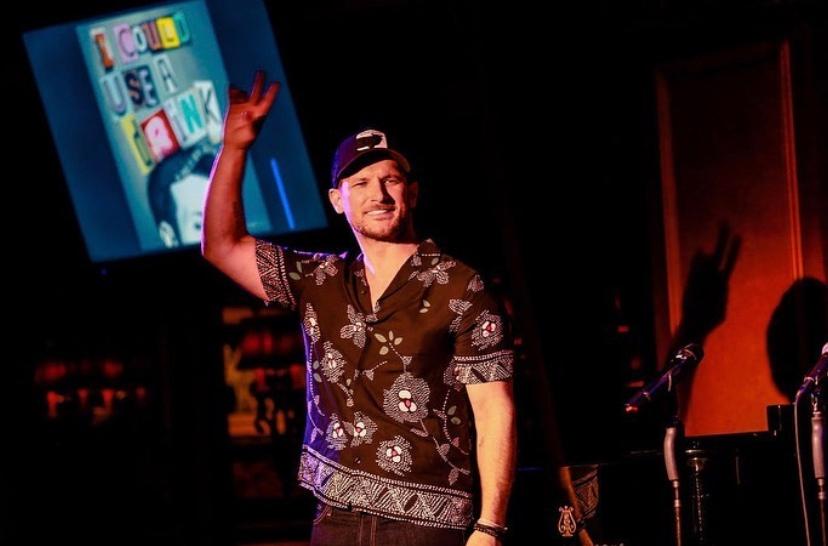 There ain’t no party like a Drew Gasparini party, and no one knows that more than his raucous audience at Feinstein’s/54 Below, who gathered at the intimate hotspot last Monday night to ring in the re-release of the acclaimed singer-songwriter’s I Could Use a Drink.

Originally released in 2013, before Gasparini admittedly hit his prime in the industry, the album features an eclectic mix of poignant pop ditties, a conscious journey through life as we know it, touching upon such prevalent contemporary topics as coming out, teenage pregnancy, sex, drugs, depression, anxiety, love, loss, and even, unfortunately, reactions to shootings and violence.

The man of the hour took his seat at the keys and, aided by a rockin’ rock band of five, accompanied a cavalcade of Main Stem friends and fans, many of whom appeared on the original album, who delighted in reprising their performances and showing off their chops, while casually sipping cocktails and indulging in good ol’ Gasparini fun. 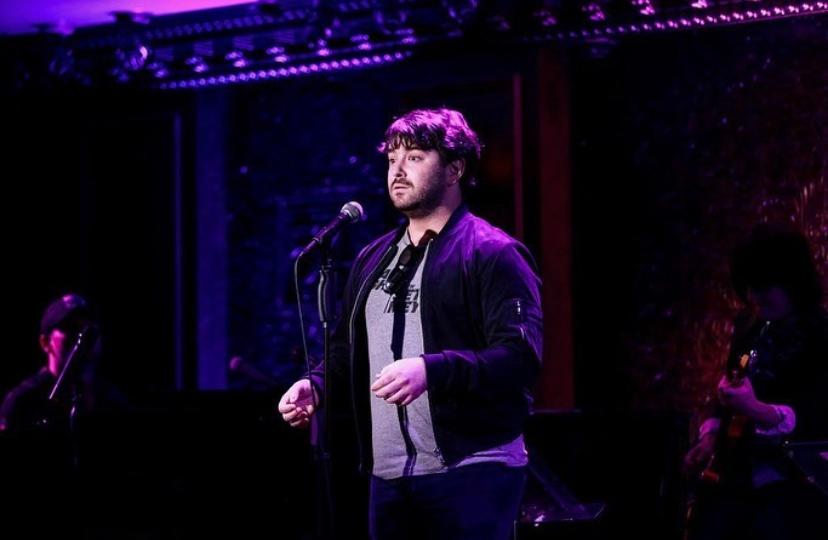 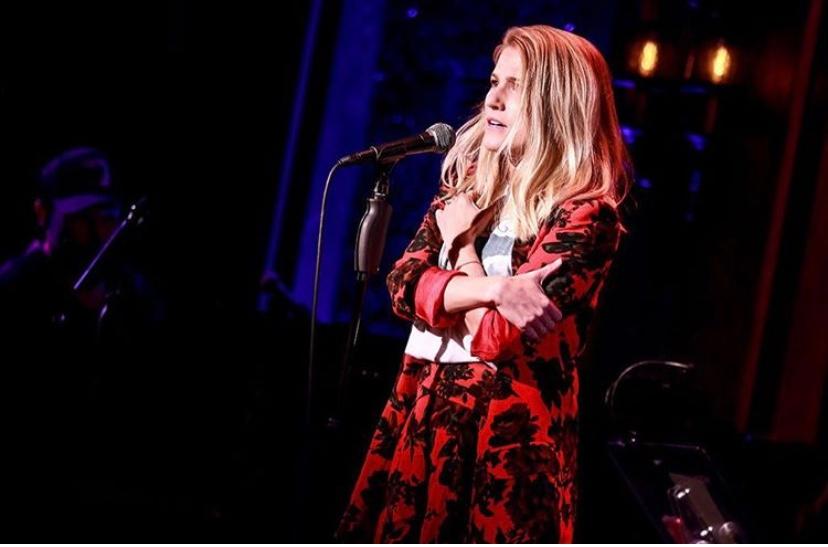 Merging at the ultimate intersection of musical theatre and pop, Gasparini’s songs are as memorably meaningful in message as they are infectiously catchy in tune. That is, he writes with a sensibility for pop-rock melody, but, much like our favorite musical theatre composers, he’s careful to not let melody overshadow the story he’s aiming to tell. Regardless of tempo or musical style, he writes with purpose and care.

Although, at least in the context of this concert, the job is not his alone. His singers also do much to drive the story forward, offering equally thoughtful interpretations of his lyrics that draw us in and take us on that same journey.

At the top of that list is Gasparini mainstay Alex Brightman, who not only sucks you in with his boyish charm, but keeps you captivated with his commitment to the emotion in Gasparini’s lyrics. He effortlessly relays his character’s fear, panic, and eventual relief as he navigates a somewhat difficult conversation with his mom — with a payoff you’ve got to see to believe.

Also notable are story-song “Two Little Lines,” detailing apprehension in light of receiving unexpected news, which continues his display of universally compelling lyrics (“Before you notice your life start to derail / Just remember the future’s still bright”) in addition to showcasing sister Kasie Gasparini’s impressively strong belt, and Alexis Myles’ deliciously maniacal take on “Circus” (which utilized frantic and dizzying lighting to complete the haunting effect), which sums up, both visually and lyrically, how we all feel when things spiral out of control. 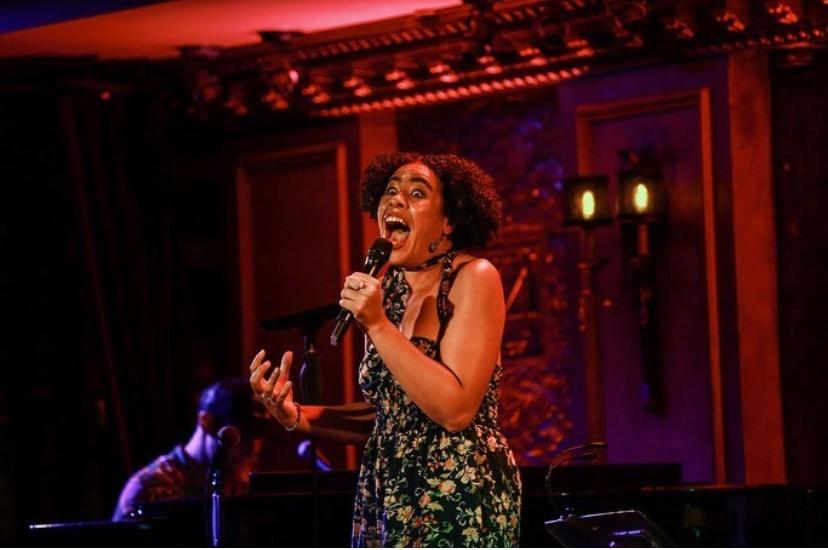 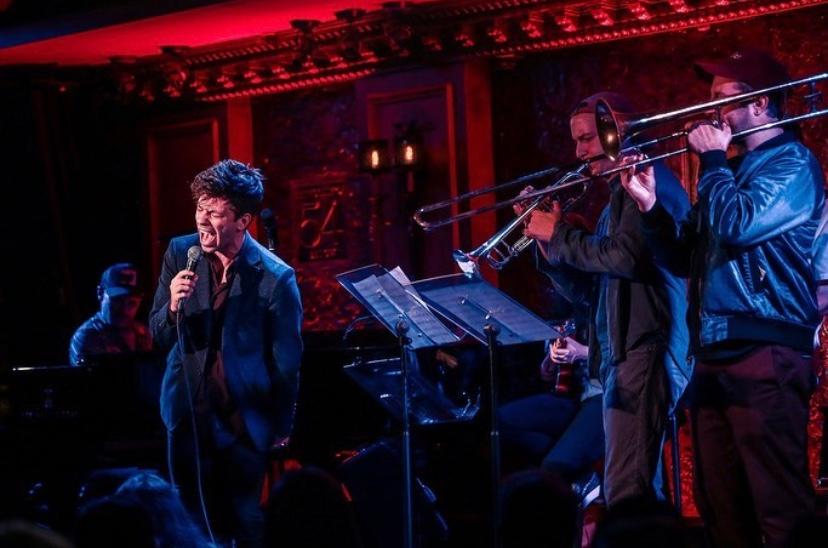 Meanwhile, Alex Wyse brought us all back to the days of first love, moving the room with a stirring rendition of “Right Here;” recent Mean Girls transplant Reneé Rapp examined “What Remains” after a split, in a stripped-down ballad that asks “Why can’t you let me in?,” and Keith White made a commendable attempt to shake things up with an audience call-and-response via the uniquely bold and brassy (albeit semi-sexual) “Good Stuff.”

To ensure no stone was left unturned regarding his brilliance, Gasparini also tacked on some bonus material at the end of his set, regaling us with tunes from his new project, “We Aren’t Kids Anymore,” whose album drops in the Spring, and seized the opportunity to introduce Amara Breisch, a student who had previously sung from the show in a workshop setting, whose Aguilera-esque growl solidified this performance and wouldn’t be the last time we’d hear her name.

Simply put, though the evening touts “The Songs of Drew Gasparini,” if you ask the man himself, the concert is in no way a solo effort. He truly embraces teamwork and collaboration, a concept which is not in the least exemplified by the fact that rather than just present his music at the piano, he’s giving 20+ pals a chance in the spotlight as performers. 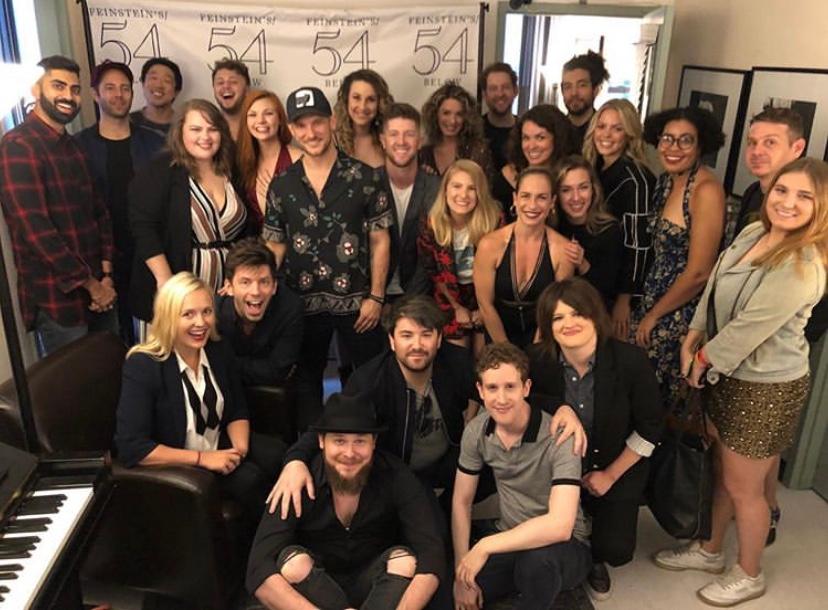 For him, it’s also about living in and enjoying the music more so than the stuff in between; he  wastes little time on introductory remarks,  having the performers enter, sing, and exit in rapid-fire succession, stopping only—ever-graciously—to salute his band, and to offer up thanks to those who got him to where he is today.

And most importantly, he’s all about havin’ a good time, reveling in an opportunity to create a fun-lovin’ atmosphere for his cohorts.

It’s simply part of his charm, all of which is certainly on display here, as it is at each of his annual Feinstein’s/54 Below fiestas. So, given that, should you find yourself feeling like you could use a drink, know that a Gasparini gig might be just the place for you.

I Could Use a Drink: The Songs of Drew Gasparini was presented at Feinstein’s/54 Below on September 9th. For more information on the re-release itself, due out October 20th on the Broadway Records label, please visit www.broadwayrecords.com.