Duchess: On the Sunny Side of the Street- Fun! 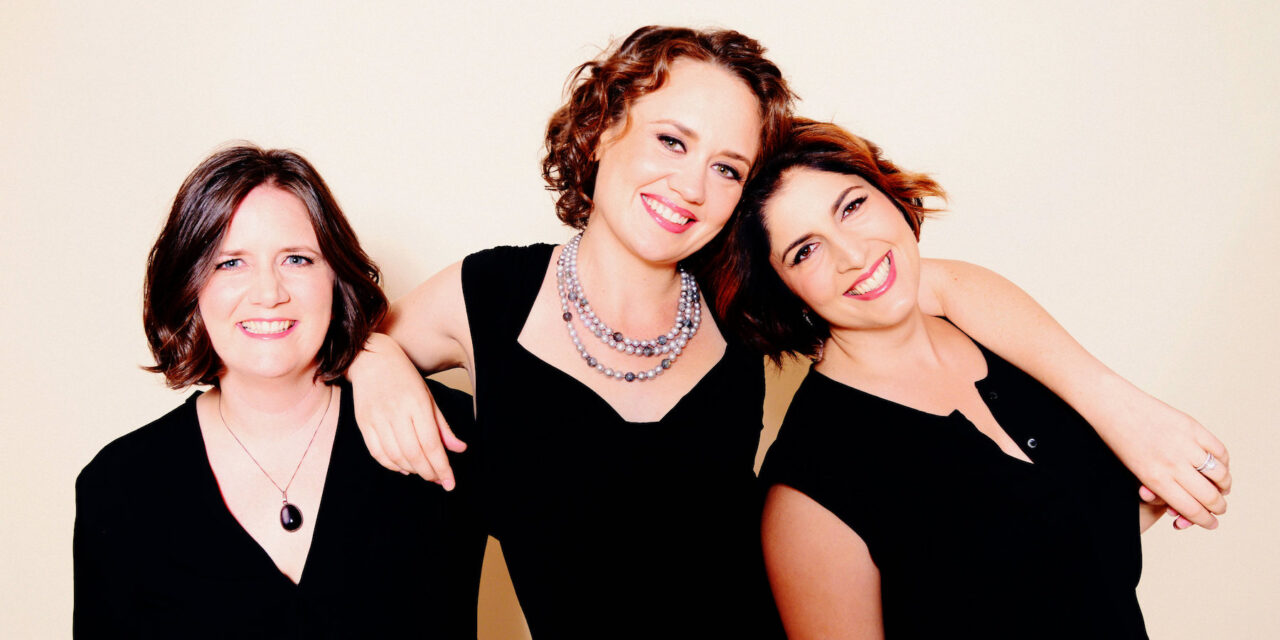 Before The Shirelles (pop) The Supremes (Motown), and The Spice Girls (rock) came The Boswell Sisters (1930s) and The Andrews Sisters (1940s). Style couldn’t be more different. These early girl groups sang jazz, swing, boogie-woogie, and jump blues with intricate harmony, fresh time changes and original rhythm. Each vocalist took solos, but her sisters rarely served as only back-up. Arrangements were rich and textured.

Seven years strong, Duchess follows the tradition of the latter groups, even reviving some of their songs. Though each vocalist has individual projects, the ladies come together warmly with skill to offer what’s become a unique approach. There are even kazoos!

“I (We) Love Being Here With You” (Peggy Lee/Bill Schluger) arrives with additional bespoke lyrics by the group. The club’s mood at Birdland palpably lifts.  Amy is dancy, Hilary steps from side to side, Melissa gets flirty hips involved. All have distinctly expressive, yet symbiotic personalities.  “If there was ever a time for optimism and choosing joy” shepherds in a nice n’ easy rendition of Jimmy McHugh/Dorothy Fields’ “On the Sunny Side of the Street.” Phrasing is singular.

Boyd Atkins’ “Heebie Jeebies” showcases what these artists can really do. Lyrics are simple but the wah, ah, wah, ba-dup, bup, dah is hurry up and wait precise. Now they’re quick and loose, now otherwise. I dare you not to grin. “Hummin’ to Myself” (Sammy Fain/Herb Magicson/Monty Siegel) is another showcase number.  Melissa’s solo is brass and satin. She looks like she just ate the canary. The others hum when pointed at.

“Everytime We Say Goodbye” (Cole Porter) emerges at sway tempo. Voices swell and retreat like one breathing body. This one ends like bells. Cy Coben’s “It’s a Man” is wry advice: Girls watch out/ There’s a two legged animal running about/If it smokes a great big cigar/And it hangs around at a bar/If it tells the biggest lies, wears the loudest ties/It’s a man…The show is well sequenced.

Ray Charles’ “Hallelujah I Love Him So” finds Hilary in the lead. Her flexible alto provides vertebrae. Character is clear. Spencer Williams/Jack Palmer’s “Everybody Loves My Baby” is cool. Another song that speeds up and oozes, the ladies are in complete control.

To my mind, a Sinatra song doesn’t lend itself to their forte and a Johnny Mercer doesn’t hold up. Otherwise the program is polished and buoyant. Arrangements by Oded Lev-Ari are flat out terrific. (A few are original to Andres and Boswell Sisters.)