Eager to Lose Gets Ready to Sizzle at ArsNova 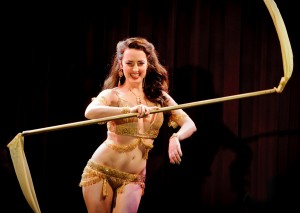 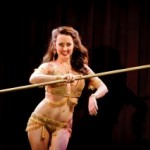 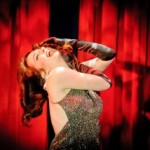 Welcome to the legendary Tim Tam Room, where the music sizzles, champagne flows, and dancing beauties tempt and tease.  When Tansy, the club’s crown jewel, announces her imminent departure, the club’s MC is left holding his heart in his hands.  Exuberant hijinks and salacious striptease collide as this night of classic burlesque unspools into a sequin-drenched, raucous farce.

Tansy is a vintage vixen often described as “The Elizabeth Taylor of Burlesque,” teases with both humor and a sophisticated sensuality.  Radiating a joyous effervescence whilst channeling the sublime glamour of another era in her performances, Tansy is admired for her classic energy and joie de vivre.  This past year, Tansy was crowned “Miss Newcomer World 2012” at The World Burlesque Games in London, England.  She was also chosen to perform in the “Best Debut” category at The Burlesque Hall of Fame Weekend in Las Vegas.  Last September, Tansy had the honor of competing for the “Queen of Burlesque” title in New Orleans.