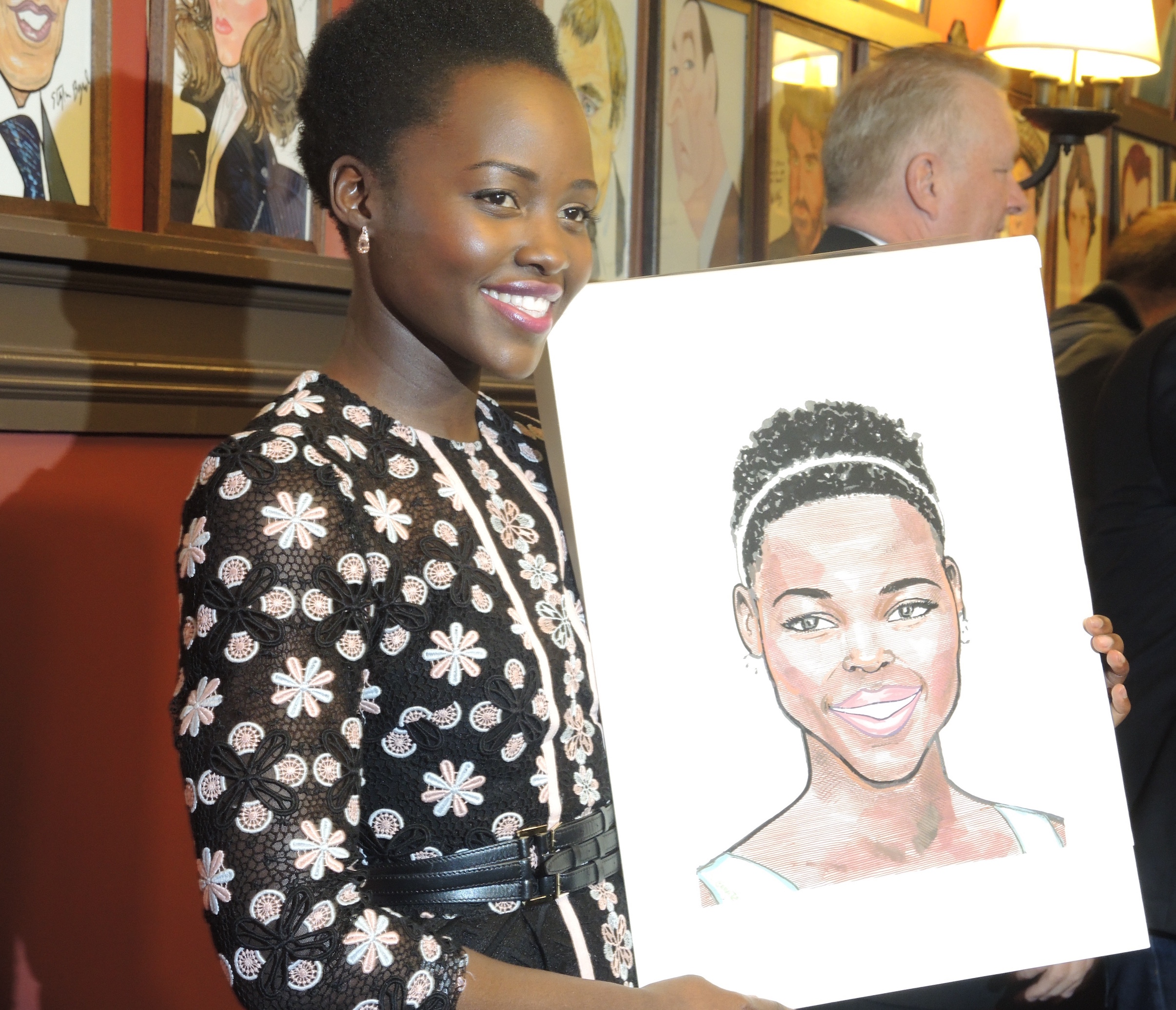 Oscar winner & Eclipsed Tony Award nominee Lupita Nyong’o, is among the new Sardi’s celebrities to have her portrait  unveiled and hung on their famous walls.

The press was out in full to capture the moment of presentation, along with TheaterPizzazz, as she signed her caricature.