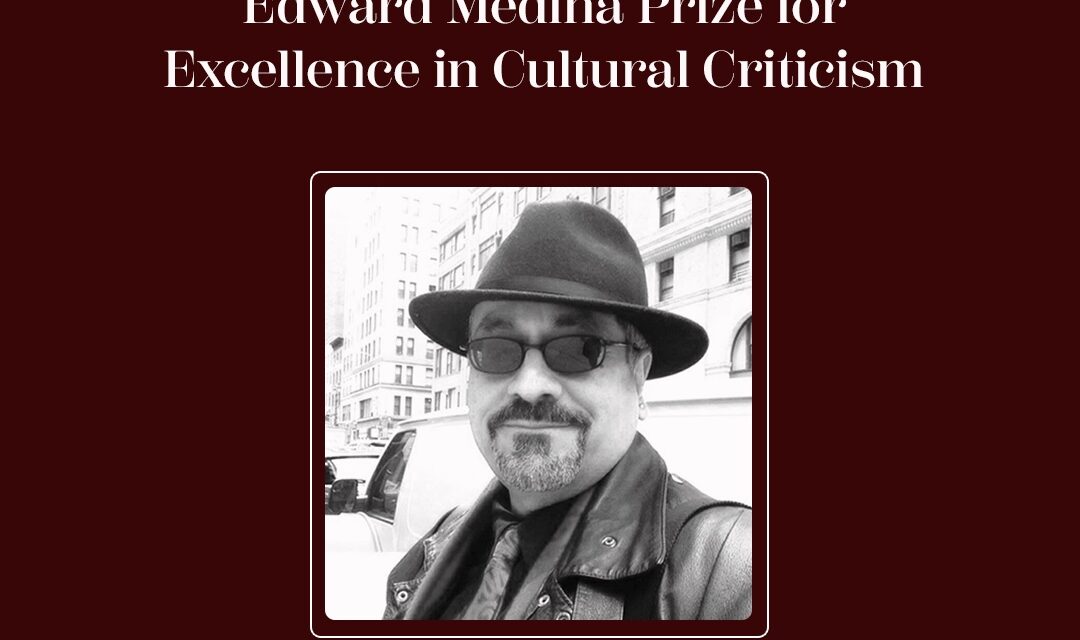 The American Theatre Critics Association announces that entries are open for the inaugural Edward Medina Prize for Excellence in Cultural Criticism. The deadline for applications is August 31, 11:59 p.m. Eastern Time. This new award is for theater critics and journalists in the U.S. from under-represented groups who write about theater and its role in highlighting people from various cultures, backgrounds and experiences. All applicants will be notified of their application status by October 15, and the Medina Prize will be presented in November.

The purposes of the prize are to (1) cultivate relationships between ATCA and diverse critics, (2) encourage increased readership of cultural criticism composed by diverse writers, and (3) offer monetary support for critics from under-represented groups. The prize includes $500 for the recipient, one free year of ATCA membership, and travel costs for an upcoming ATCA conference. The short application asks applicants to upload a short bio and up to three writing samples that can be op-eds, long-form reviews, essays, or feature articles.

ATCA named the prize in honor of Edward Medina, a proud Nuyorican, whose well-established life within the arts and entertainment industry included work as a recognized and award-winning producer, director and author. Medina also was a critic and member of the American Theatre Critics Association and served on the Executive Committee and the Membership and Belonging, Equity, Diversity & Inclusion committees until his death in 2021. He emphasized the need for increasing diversity within theatrical production and criticism and sought to provide fresh opportunities and support for new critics finding their calling to this vital field.

The application is at this link: https://americantheatrecritics.org/edward-medina-prize/