Emily Skinner: A Broad with a Broad Broad Mind 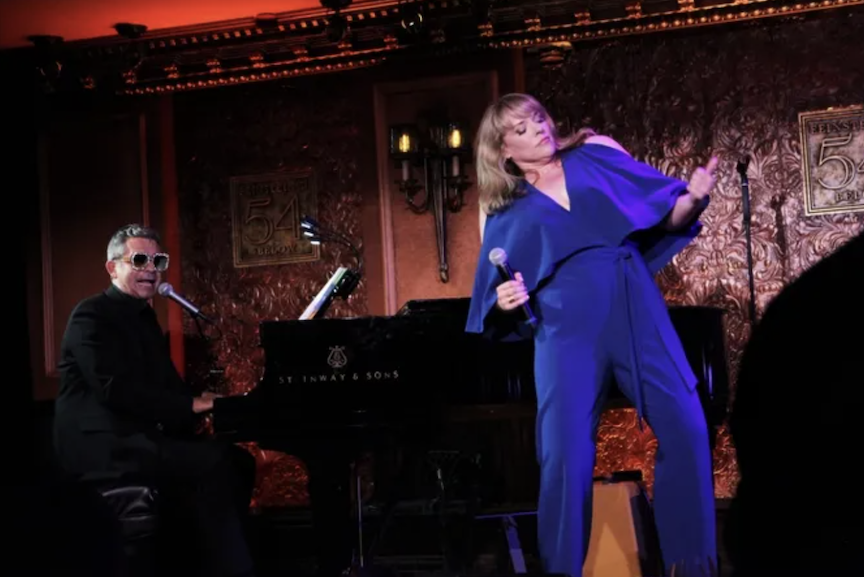 If you answered yes to all – or any – of these questions, you’re not alone, as the Tony Award-nominated actress Emily Skinner made abundantly clear in her superb (and aptly-titled) new cabaret show, “A Broad with a Broad Broad Mind,” which concluded its too-short three-night run at Feinstein’s/54 Below on Saturday, July 31. Through an often moving, frequently hilarious and entirely authentic mixture of eclectic songs and deeply personal patter, Skinner not only thoroughly entertained her audiences, but left them feeling a little less isolated and a lot more enlightened.

The ultimately inspirational tone of Skinner’s show was not immediately evident from her first two selections, both of which fit her extremely expressive voice and take-no-prisoners attitude to a proverbial T: Elton John and Bernie Taupin’s unapologetic pop anthem “The Bitch is Back” and Harry O. Sutton and Jean Lennox’s vaudeville classic “I Don’t Care.”  Indeed, both tunes were performed as confessionals, explaining in no uncertain terms how the past 16 months has re-shaped Skinner’s personality and outlook.

This theme recurred in many ways throughout the 75-minute show, most notably in a truly stunning rendition of Billy Barnes’ gorgeous “Have I Stayed Too Long at the Fair” and the hilarious “Schadenfreude” (from Avenue Q) on which she duetted wonderfully with her pianist and musical director Jonathan Fischer.

And while Skinner gave specific reasons for selecting each of her 12 songs, it can’t be argued that three were probably chosen primarily to show off her prodigious comic gifts: Mary Liz McNamara’s “Bacon,” Mae West’s “That’s All Brother” and Lisa Lambert and Greg Morrison’s “As We Stumble Along” (from The Drowsy Chaperone). The fact that Skinner deliberately eschewed much subtlety in her delivery of these tunes only made them funnier.

But have no doubt, Skinner can handle more dramatic material just as deftly. Her deeply felt version of Rodgers & Hart’s timeless “Bewitched Bothered and Bewildered” should have left any producer who saw this show scrambling to raise funds for a new production of Pal Joey. Even if Skinner wasn’t brought to tears, I suspect some audience members eyes watered upon hearing the tender “Not Cause I Wanted To” (made famous by Bonnie Raitt). Moreover, Skinner magically removed the treacle from Fred Rogers’ ode to friendship “It’s You I Like” (which was immediately followed by another TV-famous song on the same subject, Andrew Gold’s “Thank You for Being a Friend.”)

For her “encore,” Skinner left us with Susan Werner’s uplifting folk tune “May I Suggest,” which repeats over and over “this is the best part of your life.” Perhaps that is true, but I can unequivocally state that seeing Skinner on stage again was the best part of my week. And may I suggest that the next time Skinner does a cabaret show, buy a ticket immediately.