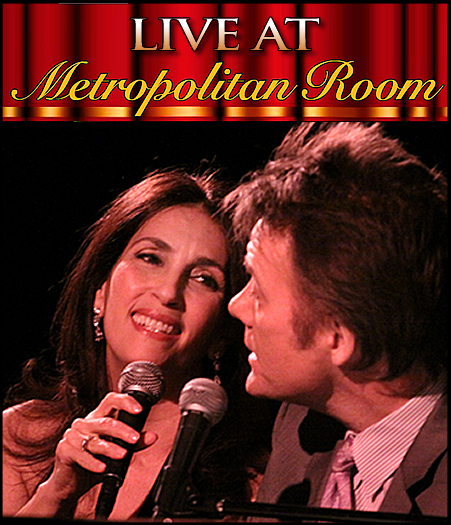 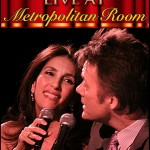 There are some married couples who often perform together (i.e. John Pizzarelli and Jessica Molaskey) and the married couple Eric Comstock and Barbara Fasano, both of whom had successful cabaret careers before they married and partnered together in several wonderful songwriter shows. They are approaching their tenth anniversary (August 25, Leonard Bernstein’s birthday) and to celebrate the beginning of summer, they made a one night only appearance at the Metropolitan Room on June 11.

Fasano is one of the sexiest women in cabaret and she appeared on stage in a flesh colored short skirt that was awesome. Eric, whose singing has wonderful emotional phrasing since he married her, provides wonderful banter and at times symphonic piano solos during some of her vocal breaks. The opening was the brilliant Alec Wilder-Marshall Barer “Summer Is A-Comin’ In” and it was followed by a sly “Isn’t It A Pity,” with Fasano making faces at certain words and the two of them bantering on the word “China.”

What followed were wonderful songs about the season and the packed house included some of the songwriters they honored. Specifically, Sheldon Harnick whose “Summer Is” was one of the songs and also (because she appeared in a production of “Fiddler on the Roof,”) Fasano’s poignant “Far From the Home I Love.” In their quest for new songwriters, one of the selections was “All About You,” by Yseult Freilicher and Morgan Freilicher (also in the audience) which Comstock sang with great affection.

Comstock sang to Fasano “You Couldn’t Be Cuter,” Sondheim’s “Love Is In the Air,” with interpolations of other “love” song lyrics, and some more superb Dorothy Fields lyrics (“On the Sunny Side of the Street.”)

Fasano discussed Marilyn Monroe and the movie “Let’s Make Love.” She sang a sensitive “Incurably Romantic,” which melded into Comstock’s “It Could Happen To You,” both parts of their Sammy Cahn centennial show.

Fasano mentioned that she will be appearing in the Margaret Whiting special program this month and dramatically sang one of Whiting’s biggest hits “Moonlight in Vermont.” There was fun in their duet on “Island in the West Indies” and even more when Comstock sang “I Want A Little Girl” (Billy Moll/Murray Mencher) and Fasano did Nellie Lutcher’s seductive trademark “Hurry On Down,” moving over to the piano bench and seducing her own husband!

After a rocking “Haven’t We Met” (Kenny Rankin/Ruth Batchelor) their encore was a sweet “How About You?”

Eric Comstock and Barbara Fasano are participating in “It Might As Well Be Spring, “ the Mabel Mercer Foundation’s celebration at Weill Hall in Carnegie Hall celebration of Margaret Whiting June 23 at 7 PM (for tickets call (212) 247-7800 or contact www.mabelmercer.org) and Eric Comstock will be appearing every Tuesday 8 PM – 12 AM beginning June 24 at Christopher Glines’ new club Café Noctambulo at Pangea, 178 2nd Avenue (between 11th and 12th Streets). For reservations call 212-995-0900 or contact www.cafenoctambulo.com