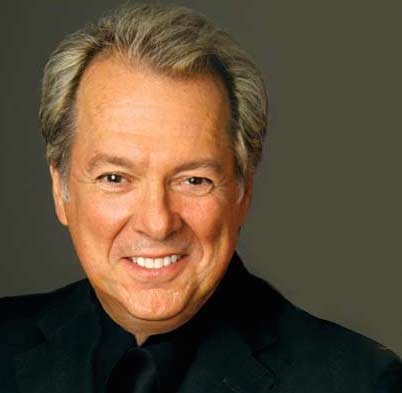 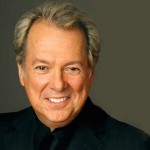 Wanna see a magnum opus? Then get your ass over to the Laurie Beechman Theatre tonight or Monday night at 7 pm. If any two people on earth were meant to work together, it’s Eric Michael Gillett and Amanda McBroom. 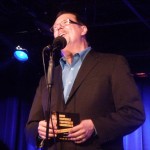 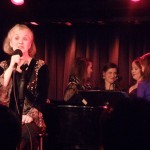 Many of us know Eric Michael as the eminence grise/director behind Manhattan’s top cabaret stars — KT Sullivan, Karen Akers, even Tovah Feldshuh, noch and now the young and gorgeous Mandy Gonzalez whose Broadway credits include starring roles in In the Heights and Wicked.  Eric Michael is also Manhattan’s greatest boon to a plethora of budding performers whom he’s taught, mentors and finds work for. An outstanding, versatile, conceptual and creative artist, who has done and can do what he teaches, he’s now the go-to guru with classes at HB Studio and Singers Forum. Gillett’s credits include a 10-year gig as Barnum and Bailey’s singing ringmaster, tenor and baritone roles in Broadway and Off-Broadway musicals. He presently still performs often in his own one-man shows and group theme shows that he dreams up and puts together. On the Amanda McBroom project, Eric Michael’s co-author and co-director is Theatrical Director Arthur Masella, who has directed Phantom of the Opera, and revivals of Candide and Sweeney Todd. 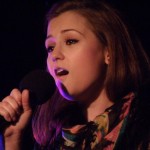 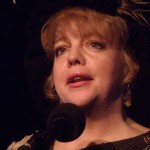 Amanda McBroom is a prolific West Coast based composer and lyricist who writes songs about everyday people. Her lyrics allow listeners to picture exactly the scenes she’s describing and feel exactly how the people she’s writing about feel. Even if you believe you’ve never heard her name, you know one of her songs — Beth Midler’s biggest hit, The Rose. I don’t believe there is a songwriter working today that writes better songs/lyrics than she does. 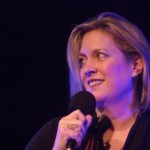 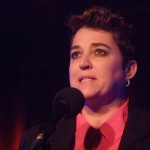 She’s like Jacques Brel, but to me she’s actually two cuts above him.  He’s repetitive and doesn’t project feeling as well as she does. Her country/folksy simple melodies feel familiar, thus easy to remember. Her lyrics are replete with the kinds of exacting details that make the hair on your arms stand up and unexpectedly bring tears to your eyes. She is the daughter of actor David Bruce, who died with his boots on near Errol Flynn. One of Amanda’s greatest songs is about a poster for “He Died with his Boots On,” about her father, called “Errol Flynn.” 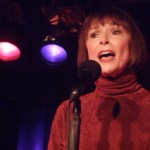 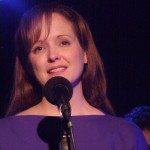 Amanda writes about middle-class American women who are stuck in their lives and dream of change.  “Putting Things Away,” sung with delicate, arch, charm by KT Sullivan, really rang a bell with me.  I have been known to wash the same load of dishes 6 times rather than pull them out of the dishwasher and put them away.  Laundry ditto. “Make Me a Kite,” and “Dreamin’” are about escaping from the mundane.  “Feet of Clay,” is a precise description of a no longer brand new lover. “Ship in a Bottle,” about isolation, actually made me cry.  Even more significant, my husband Alvin, loves up tempo tunes.  Sensitivity is not his long suite. He falls asleep by the fifth bar of a ballad.  He LOVES Amanda McBroom.  He stayed awake for the entire show and trying to clear his calendar so he can see it again Monday. 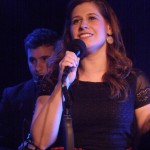 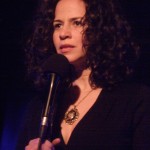 Eric Michael has gathered together 12 ten as-good-as-they-get female singers of all ages, sizes, colors and sexual orientations who individually and in tandem, perform 25 of Amanda McBroom’s exquisite songs exquisitely, with the help of gorgeous arrangements by Co-Author, Music Director and bandleader/pianist Jeff Cubeta, with Jonathan Kantor on reeds and Jacob Silver on bass.  The singers you’ll hear tonight or Monday night if you do like I tole you! are Allison Grace Bradbury, Leah Jennings, Eva Kantor, Melanie Vaughan, KT Sullivan, Aisha DeHaas, Terese Geneco, Erin Wegner Brooks, Carolyn Montgomery-Forant, Karen Akers and Mandy Gonzales.  If you’ve never heard of some of them, not to worry. You soon will.

Both Eric Michael and Amanda are superb artists individually, and together they achieve heavenly heights.  The Amanda McBroom project is a work of genius.  It is Eric Michael Gillett’s masterpiece.