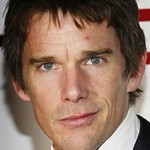 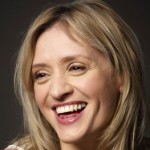 Lincoln Center Theater, under the direction of André Bishop, Producing Artistic Director, has announced that Anne-Marie Duff will make her New York stage debut as Lady Macbeth opposite Ethan Hawke in its upcoming production of Shakespeare’s MACBETH, directed by Jack O’Brien.  The production will begin performances Thursday, October 24 and open on Thursday, November 21 at the Vivian Beaumont Theater (150 West 65 Street).

Anne-Marie Duff, who is currently starring in London in the National Theatre’s production of Strange Interlude, was nominated for an Olivier Award and won the London Critics Circle Award for her performance in the title role of St. Joan, also at the National.  Her many other credits both at the National Theatre and in London’s West End include Collected Stories(Olivier Award nomination – Best Supporting Actress), King Lear, War and Peace, La Grande Magia and Vassa.  She has starred on British television in Elizabeth – The Virgin Queen(BAFTA nomination – Best Actress), the series Shameless (BAFTA nomination – Best Actress), Sinners (Monte Carlo and Shanghai Film Festivals awards for Best Actress), The Accused and Journey’s End.  In film, she was nominated for a British Independent Film Award for Best Actress and a BAFTA award for Best Supporting Actress for her role in Nowhere Boy. Other film credits include Before I Go to Sleep, Molly Moon, Closed, Sanctuary and The Last Station.

MACBETH will have sets by Scott Pask, costumes by Catherine Zuber, lighting by Japhy Weideman and original music and sound by Mark Bennett.

MACBETH will be performed Tuesday through Saturday evenings at 8pm, with matinees Wednesday and Saturday at 2pm and Sunday at 2pm.  Please note there will be no matinee on Saturday, October 26.  Beginning November 26 all Tuesday evening performances will begin at 7pm.

Tickets, priced from $75 to $135 will be available beginning Sunday, August 25 at the Lincoln Center Theater box office, at telecharge.com or by visiting www.lct.org.  A limited number of tickets priced at $30 are available at every performance through LincTix, LCT’s program for 21 to 35 year olds.  For information and to enroll, visit LincTix.org.