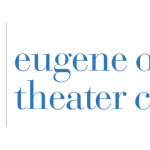 The Eugene O’Neill Theater Center will commemorate its 50th Anniversary this year through a variety of programming and special events.  The year will include its 14thAnnual Monte Cristo Award, which will celebrate and honor the work of legendary theater, film, and television actress Meryl Streep this Spring.  The O’Neill will unveil a special exhibition at The New York Public Library for the Performing Arts; and on the same date, they will celebrate the launch of its book The O’Neill: The Transformation of Modern American Theater through Yale University Press.

This year’s Monte Cristo Award will be presented to Meryl Streep by Joe Grifasi, a long-time friend, fellow O’Neill artist, and Yale classmate, at the gala dinner.

From May 17, 2014 through September 13, 2014, The New York Public Library for the Performing Arts at Lincoln Center will host a special exhibition – which is free and open to the public – dedicated to the rich history of the O’Neill. The exhibition, titled Launchpad of the American Theater: the O’Neill since 1964, will chart the journey from past to present to future with drawings, interviews, video, photographs, original scripts, and sound.

More information about programs and dates can be found at: www.theoneill.org