Evolution of Love with Broadway’s Bret Shuford and Missy Schmotzer 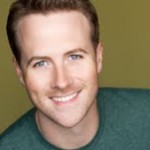 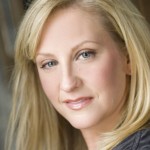 It’s one night only for EVOLUTION OF LOVE telling a traditional love story with some of music’s most loved songs. Broadway’s Bret Shuford and Missy Schmotzer use popular songs from all genres, including songs from Carrie Underwood, “Footloose,” Shania Twain, “Dirty Dancing,” Cole Porter, Stevie Wonder, Sheena Easton and more, to explore the ups and downs of falling (and staying) in love!  This one night only musical evening will be performed on July 30 at 7:00 pm at Stage72 (formerly The Triad), 158 West 72nd Street.  Tickets are $20 with a two-drink minimum.  For tickets call 1-800-838-3006 or visit www.brownpapertickets.com/event/408501.

Bret Shuford has appeared on Broadway in Chitty Chitty Bang Bang, Beauty and the Beast, and The Little Mermaid. He has toured the country with LCT’s South Pacific and performed with the Indianapolis Symphony Orchestra, Baltimore Symphony Orchestra, and Pittsburgh Symphony Orchestra. He has been seen on TV in the Good Wife, and All my Children, and in the Film’s, the “Wolf of Wall Street,” “Uncle Melvin’s Apartment,” and “Bedfellows.” www.bretshuford.com.

EVOLUTION OF LOVE is produced by RoxSteady Music. For more information visit: www.roxsteadymusic.com.