Feinstein & Ebersole: Two For the Road 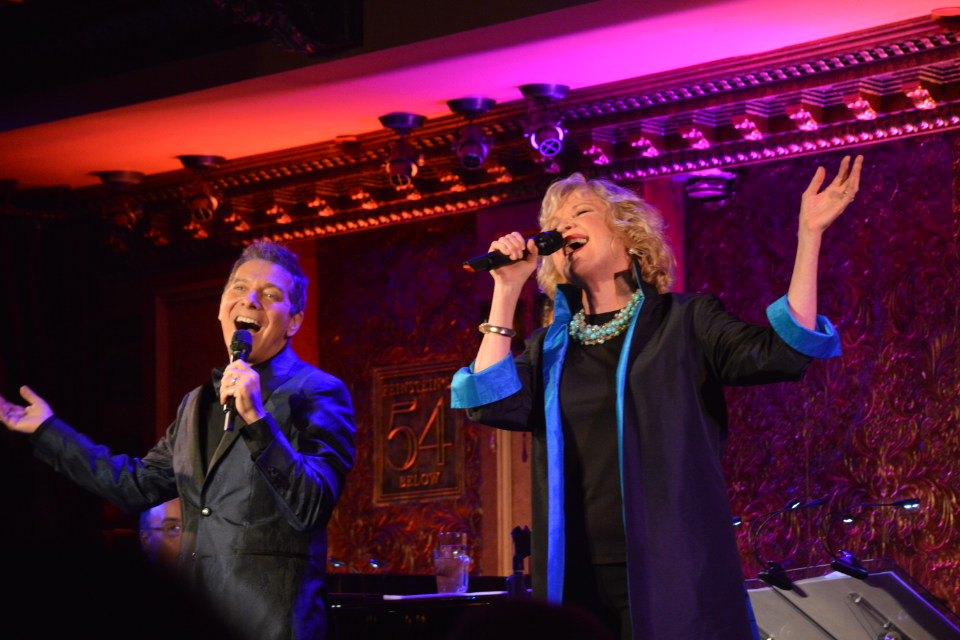 Reunited and it feels so good…. after nine years, the mishpocheh (says Michael Feinstein) are now happy to be back on the stage of his namesake Feinstein’s/54 Below. Great idea as they take off on a traveling adventure! These two uber talents are so much fun and so playful, not to mention the excitement of their glorious voices.

Together, they are magical . . . blending like hand in glove on harmony lines and in counterpoint to tunes we can’t ever get enough of . . . “Where or When”(Rodgers & Hart)/”I’ve Got You Under My Skin” (Cole Porter). When each is standing front and center, wrapped in the musical genius of Tedd Firth, on piano, Mark McLean on drums and Phil Palombi on bass, they are individually class acts. Ms. Ebersole, a two time Tony Award winner, has her own brand of humor in the animated “On the Atchison, Topeka and the Santa Fe” (Harry Warren/Johnny Mercer) and, in a tip of the hat to Eartha Kitt (with a little impersonation), delivers a hysterical “Monotonous” (June Carroll/Arthur Siegel). The song, based on the experiences of Eartha Kitt, and performed originally in her cat-like persona, references Montgomery Clift to Ike to Chang Kai-shek. Mr. Feinstein, sitting at the piano, didn’t miss a beat on Arthur Schwartz/Howard Dietz’ lyric driven “Rhode Island is Famous for You” . . .(offering up a few new additions to the tried and true) – –

Grand canyons come from Colorado
Gold comes from Nevada
Divorces also do
And you, you come from Rhode Island
Little ol’ Rhode Island is famous for you With a nod to Harry Warren, Mr. Feinstein sings a highlight arrangement, multi rhythm version of “Lullaby of Broadway” to be equaled by Ms. Ebersole on a bluesy, segue to up-tempo “42nd Street.”

Together, they are unbeatable in “Two For the Road” (Mancini/Bricusse) thru August 4 at 7 pm. and continuing on August 21 thru September 1. 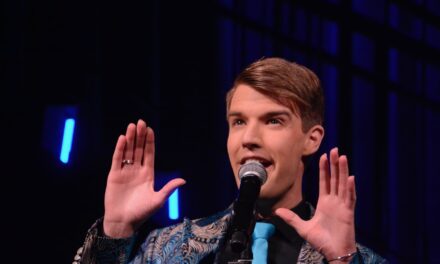 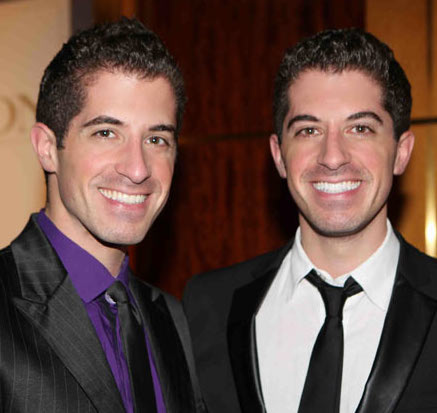 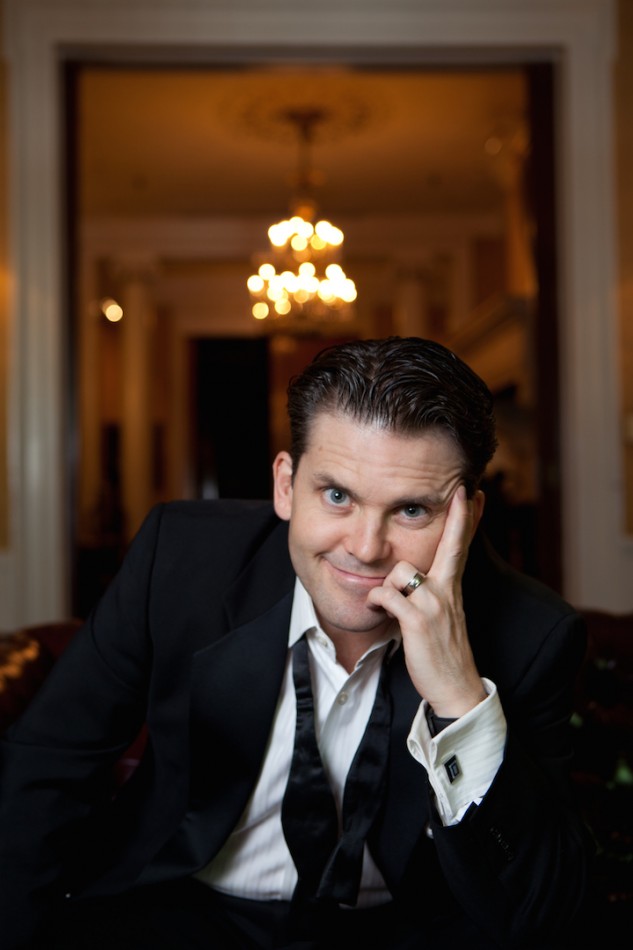 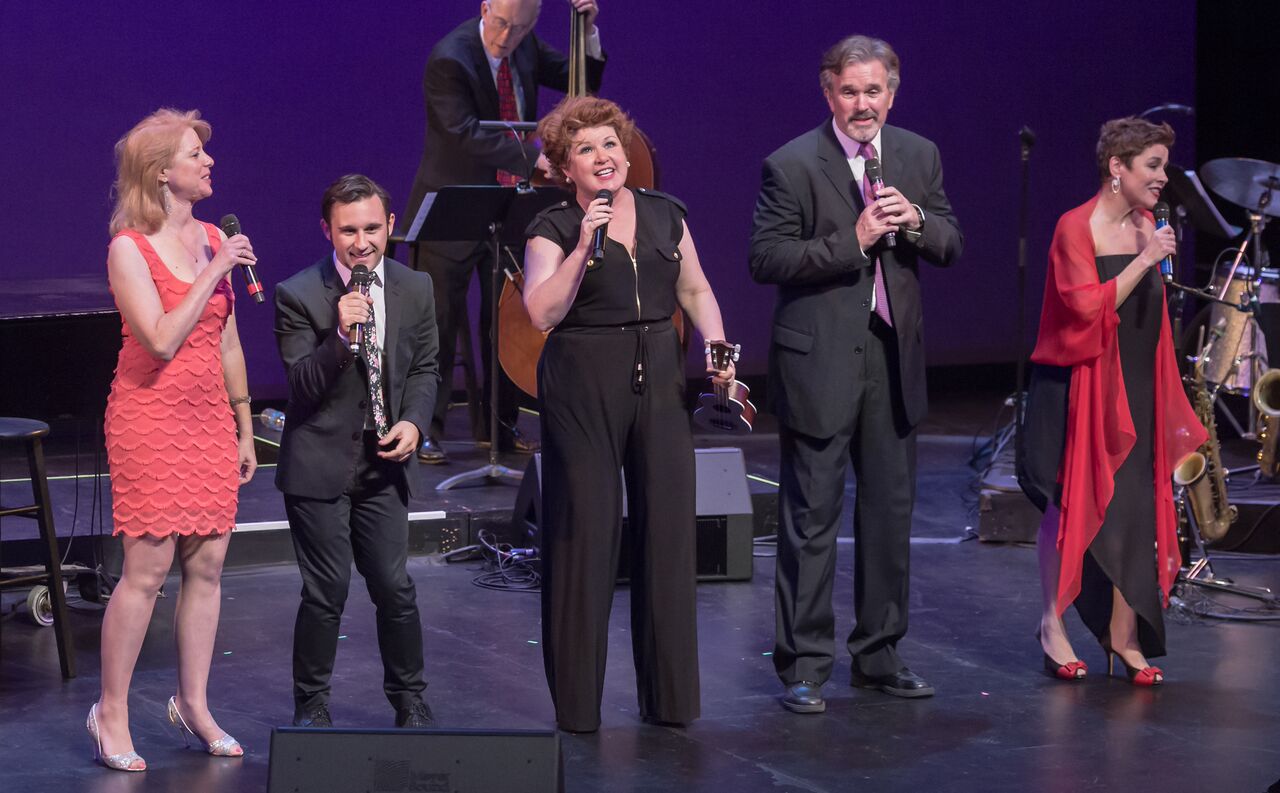