Feinstein’s/54 Below Make a Match 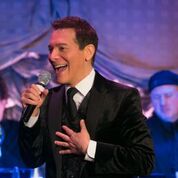 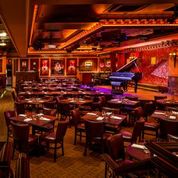 What a merger of success and talent to the nightlife scene here in NYC! Joining forces are Michael Feinstein and 54 Below to be renamed Feinstein’s/54Below.

Michael Feinstein, one of the world’s great musical artists, and 54 Below, Broadway’s Supper Club, are uniting to give New York an unparalleled destination for entertainment and dining.

From Ira Gershwin’s assistant to his current standing as the undisputed leading voice of American Popular Song, Michael Feinstein is the rare artist who is an acclaimed performer; a multi-platinum-selling, five-time Grammy-nominated recording artist; author; conductor; artistic director; and impresario. For over a decade his eponymous nightclub at the Regency Hotel was New York’s leading nightspot. It closed in 2012, the same year 54 Below opened its doors.

54 Below’s success has been astonishing. While it has become the go-to venue for today’s leading stars, emerging stars, and the people who love them, it has expanded the breadth of the audience and the vocabulary of the genre. 54 Below is “Broadway’s Supper Club,” New York’s premiere night spot where great talent performs and celebrity-studded audiences watch, enjoying fine dining and outstanding specialty cocktails. There is no other venue in the world today like 54 Below.

Feinstein’s first engagement at the renamed supper club will run December 20 – 30 with John Iachetti, former General Manager of Feinstein’s at the Regency, joining the staff as General Manager of the restaurant operation. Iachetti will also add his experience and relationships of many years in booking talent. Jennifer Ashley Tepper will continue as Director of Programming, curating and overseeing the hundreds of celebrated shows at the venue each season.