Part cabaret and part awards show, the first annual International Cabaret Festival (ICF) kicked off at The Metropolitan Room with a gala featuring performances and inductions into the newly-formed Cabaret Hall of Fame (CHOF). Cabaret Scenes magazine is the force behind the ICF, which has been some years in the making. This ambitious five-day event is a showcase for dozens of performers at multiple venues across New York City. Cabaret Scenes Editor-in-Chief Frank Dain offered warm opening remarks, with publisher Peter Leavy beaming on from the audience. Metropolitan Room managing partner Bernard Furshpan and Joseph Macchia (whose brainchild the CHOF is) shared hosting duties with aplomb and with amusing “costume changes” by Macchia. 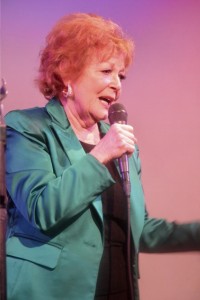 The honor of first performance was Anita Gillette’s. The petite diva sang, in her inimitably charming way, “I Can’t Be Bothered Now—Happy Go Lucky” and an altered-tempo, slow/dreamy version of “Shall We Dance,” with Paul Greenwood at the piano.

The first CHOF inductee, Barbara Carroll, who was also scheduled to perform, was taken ill and unable to attend. Also absent from the CHOF proceedings was Marilyn Maye, performing out of town. Both sent heartfelt thanks for their honors. Very much present to accept their accolades were Steve Ross and Andrea Marcovicci. Ross performed “Takin’ a Bath in the Blues” and “Whatever Time There Is,” two originals from his repertoire. The debonair piano man spoke of his early days performing in New York, with a nod to the late icon Bobby Short, another inductee into the CHOF. Other “absent friends” inductees were producer Jan Wallman, the truly legendary Julie Wilson, and Nancy LaMott (who, although deceased for almost 20 years left a trove of material that’s still being issued on CD). 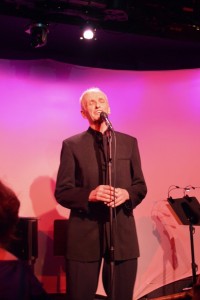 Lending a continental flair to the performance proceedings, and underscoring the “international” aspect of the ICF, were Canadian Jean Brassard singing “Edith” (with his own English lyrics) and “C’est si bon” in French and English. Dutch-born Frans Bloem offered “Nature Boy/Padam, padam” and an homage to “hero” Charles Aznavour with “I Have Lived.” Both performers were accompanied by the evening’s Music Director, Jeff Franzel, an incredibly animated and passionate pianist. A steady and focused Jered Egan played the upright bass. 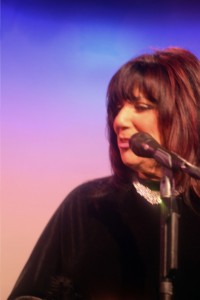 Haitian-born Alexandra Foucard, along with piano partner David Sisco, performed a high-powered “Don’t Rain on My Parade.” JayCee Driesen, with Lydia Sabosto at the piano, who has been building a career in cabaret over the last several years, appropriately sang “I’ve Finally Arrived” and “This Is the Moment.” The aforementioned Andrea Marcovicci closed the gala evening. Marcovicci, who had a 25-year residency at the now defunct Oak Room in the Algonquin Hotel, emphatically pointed out the importance of cabaret as a bona fide art form. She demonstrated her point with three gems: “On Such a Night as This,” “Umbrella Man,” and “The Kind of Love You Never Recover From.”

The International Cabaret Festival and the Cabaret Hall of Fame events were both conceived with the worthy and lofty ambitions of preserving and furthering the history and art of cabaret. Kudos to all who champion this vital cultural mission.