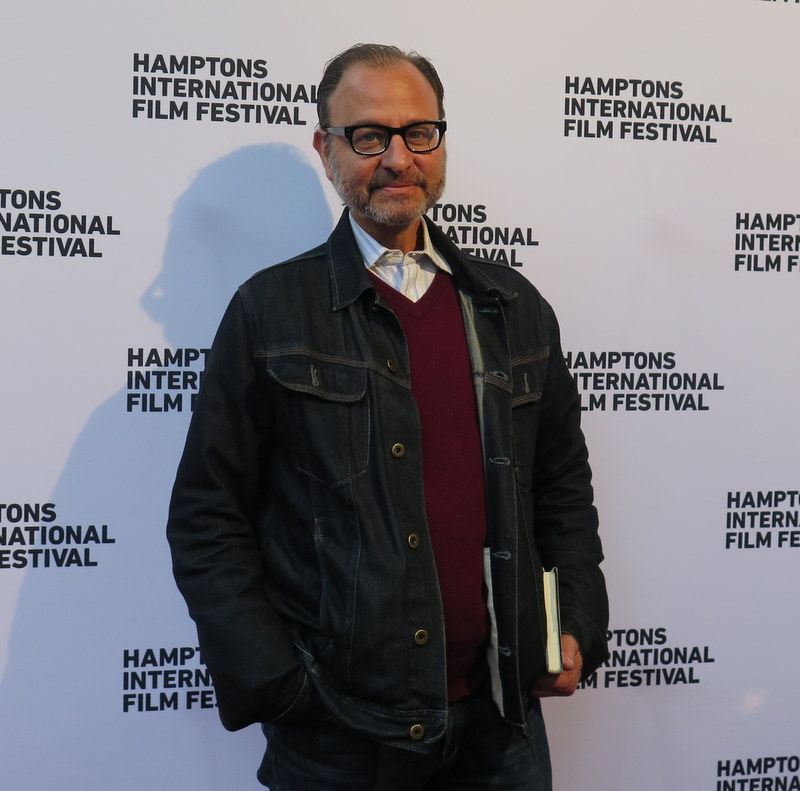 Fisher Stevens, writer, actor and producer, was on the Red Carpet at the Hamptons International Film Festival 2016 with other celebrities like Edward Norton. Fisher Stevens who won an Oscar for The Cove for best documentary feature in 2010 was there for the screening of his amazing documentary Before the Flood which features Leonardo DiCaprio. DiCaprio produced the film with Martin Scorsese. In Before The Flood, Stevens uses prodigious visual evidence, interviews by scientists and activists and commentary by world leaders to present a cogent, insightful and brilliant expose of climate change that will unsettle the climate change deniers and unnerve the rest of us. Yet, the film inspires the younger generation and even some baby boomers who began the movement decades ago to clean up rivers, go green and vegan and protect planet earth from corporate hegemony’s destruction of the environment in the name of progress. Stevens briefly shared his thoughts with me about his goals for Before The Flood which is screening in New York City on Friday, October 21st at City Cinemas Village East Cinema and will be aired on National Geographic Channel.