Fly Me to the Moon with Paolo Szot 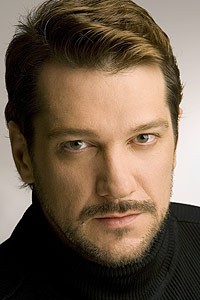 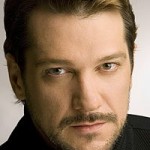 Fly me anywhere, anytime with Paolo Szot who’s making his 54 Below debut thru August 11th.

This booming operatic baritone has now made a seamless transition from classical appearances in opera houses worldwide, including the 4000 seat Metropolitan Opera, to the intimate setting of small cabaret spaces.  His English is so perfected that he no longer relies upon a music stand and phonetics to get through the grand songs he so lovingly strokes with his masterful vocals.  He is a great communicator, filled with passion and emotional resonance rarely heard in a cabaret venue.

Am I going overboard in my praise? No!  Probably understating an evening of musical Broadway American Treasures from the Golden Age, along with a celebration of 54 Below’s month long tribute to Brazil and it’s music.

With Szot is an extraordinary young man, Musical Director, Matthew Aucoin whom he met in Rome while performing an opera, who also transitions as if he’s been in the American standards/jazz world all his young life.

Opening with a fusion of “Summertime” and “Too Darn Hot,” the evening was off to a spirited excitement (the arrangement by Aucoin), folding into native tongue Sambas (One Note Samba, Favela, Tristeza, Brazil) with ease and a flow of sensuality, including Jobim classics “Sad/Wave/Desafinado.”

Szot covered the great composers, from Cole Porter’s “Were Thine That Special Face” (Kiss Me, Kate) to Sondheim’s Follies and “Too Many Mornings.” The few interludes of storytelling were playful and humorous as he made a joke of how his English has improved and why – – it’s that book that all foreigners read. You know, the one entitled “The Great Broadway Songs for Actors with Accents!” (not real) But a great prelude to his Broadway Accent Medley that included snippets from “If I Were A Rich Man/Money Makes The World Go Round/A Puzzlement/I Am I, Don Quixote” and even a frisky twist from “A Boy Like That/America.”

I quickly decided that any revival that comes along to Broadway need look no further than Paolo Szot for its male lead.

“Nature Boy” brought a sad, reflective moment with an exquisite solo by David Finck on bass while Burton Lane’s “Old Devil Moon” (Finian’s Rainbow) had a jazzy tempo edge.  And, yes, he does sing “Fly Me to the Moon.”

The evening sizzled with passionate sentiment (hmmm, a Latin specialty) particularly poignant in “Bésame Mucho” (drum solo David Ratajczak), when it was revealed that Mexican songwriter Consuelo Velázquez had never experienced a love kiss when she wrote this bolero in 1940.

Paolo Szot (Tony Winner – South Pacific) has the uniqueness of being blessed with a magnificent baritone that thrills and sends chills but that’s because he’s mastered the art of phrasing and interpretation in a flawless presentation.

For those who want to witness his mastery of operatic skill, don’t miss Paolo Szot this Fall at the Metropolitan Opera in Shostakovich’s “The Nose.”