Fly More Than You Fall: A New Musical 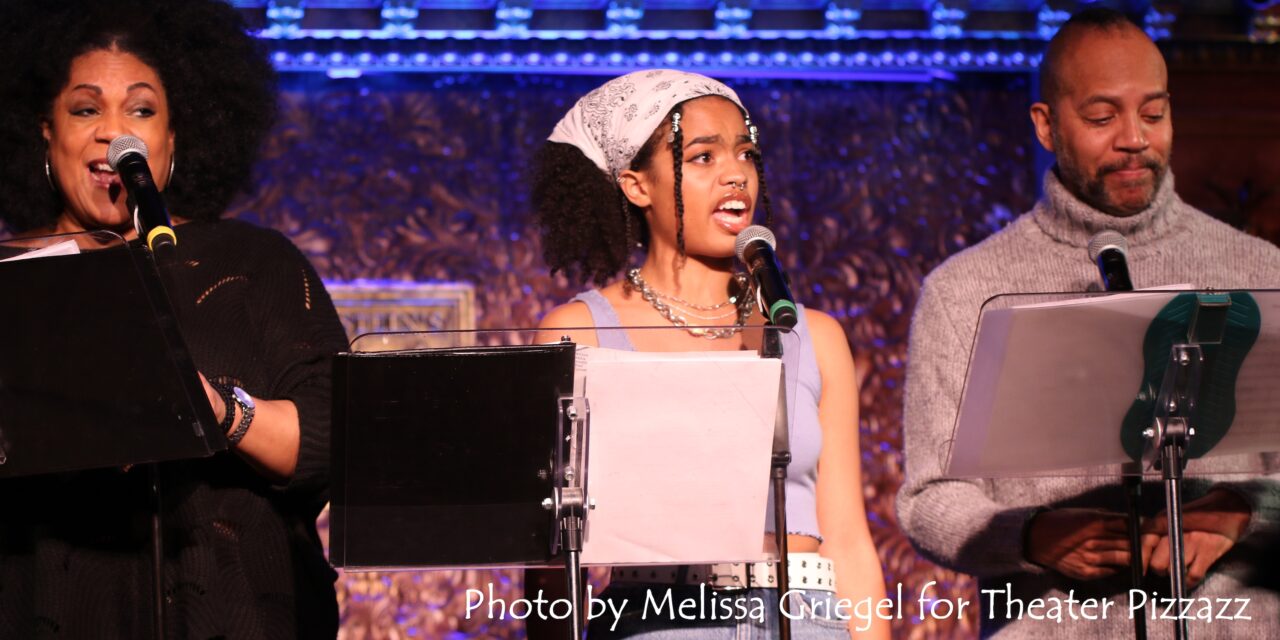 Fly More Than You Fall, a new musical hoping to find a home on Broadway, previewed many of the songs from the show at a sold-out performance at Feinstein’s/54 Below on March 21st. The original show is from Nat Zegree (music, lyrics) and Eric Holmes (book, lyrics). Both lost a parent to cancer at an early age, and spent three years working through their grief writing a poignant musical about a young girl dealing with the loss of her mother through her writing.

The protagonist, 14-year-old Malia heads off to Camp Write A-Lotta with hopes of improving her creative writing skills. Her piece that she shares at camp is about an insecure, yet hopeful, bird named Willow. Unfortunately, she must leave camp early when her mother is diagnosed with Stage 4 cancer. Malia struggles at home with how to deal with impending loss of her mother and goes through several stages of denial, anger, and grief. Through it all, she adds another character to her story, a bird named Flynn. Although Willow loves Flynn, she decides to fly away without him. When her mother asks why Willow would leave, a tearful Malia tells her mother that sometimes the people we love do leave us behind.

The role of Malia is brilliantly played by Morgan Dudley, known for her appearance in the film adaption of The Prom, and most recently for taking over the role of Frankie Healy in Jagged Little Pill, her Broadway debut. She brings the raw emotion needed to the character and brings Malia to life on stage. Jennifer Fouché (Chicago) plays her mother, with Bobby Daye (Moulin Rouge) taking on the role of her father. Jackie Burns (Wicked) and Troy Iwata (Be More Chill) are the fictional birds of Malia’s story. Nat Zegree accompanied on piano and took part in several songs and bits of dialogue. He was joined on stage for backing vocals by Nathan Lucrezio (Diana) and Musical Director Haley Bennett and Josh Daniels on percussion.

Jen Sandler produced the Feinstein’s/54 presentation of the musical. The Broadway-bound musical is lead produced by Marc David Levine of Gemini Theatrical Investors. The supper club was awash with producers and other fans and supporters of musical theater.

The storyline is refreshingly new, as it is not a topic we see on stage, showing a young girl dealing with the loss of a parent from cancer. And while the subject matter may be sad, there is also humor in the writing and many uplifting moments as well. The songs are beautiful and engaging. The audience was entranced by the cast and the music and seemed to thoroughly enjoy this peek into a new musical. I, for one, am looking forward to seeing this beautiful new musical on Broadway.