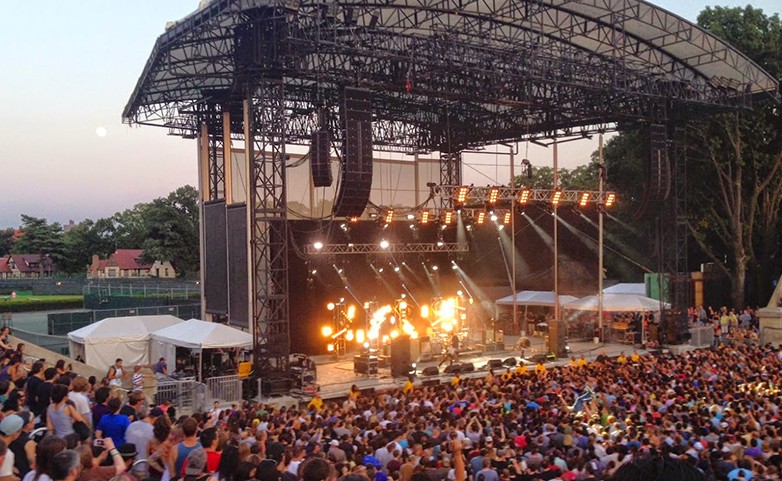 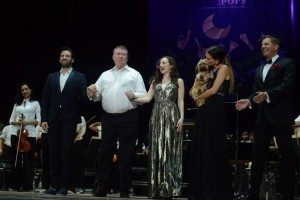 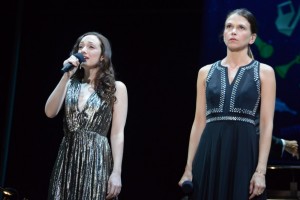 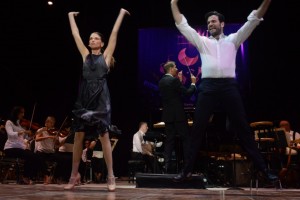 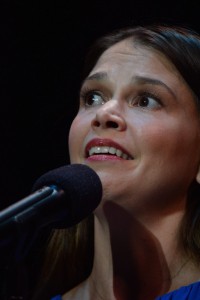 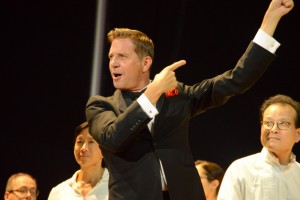 (video and Mabel the dog photo below by Magda Katz)

It was a beautiful summer night for a magical evening at the legendary stadium. This concert is one of two-concert series being presented at The Forest Hills Stadium in Queens, NY. The series will continue on August 7, 2015 featuring genre-defying “little orchestra” Pink Martini. 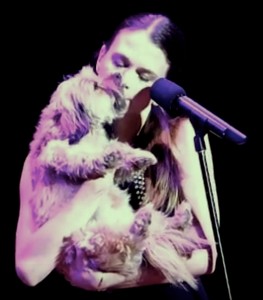 Foster commanded the stage with great ease, beguiling the crowd with numbers from her concert repertoire including “I’m Beginning to See the Light,” “Anything Goes,” “I Get a Kick Out of You,” and a beguiling “Sunshine on My Shoulders.” She then wowed the crowd with a new addition: Jason Robert Brown’s gorgeous “It All Fades Away” (from The Bridges of Madison County). To close out the first act, her good friend and former co-star Colin Donnell came out and sang a rousing rendition of “The Streets of Dublin” before joining Foster in a dazzling duet and dance number, “Fit as a Fiddle (and Ready for Love).”

For the second act, Foster’s best friend, Broadway’s Megan McGinnis, joined the star for a magnificent reimaging of Craig Carnelia’s “Flight,” and then McGinnis sang a haunting rendition of “Neverland” from Peter Pan. However, the surprise guest of the evening was Foster’s little dog Mabel, who seemed to be enjoying being held and listening to her mistress lovingly sing to her, “Mabel This Time” (changing the words to Kander and Ebb’s hit tune “Maybe This Time”). As if that wasn’t the perfect ending, Foster continued on with two breathtaking medleys: Stephen Sondheim’s “Anyone Can Whistle” and “Being Alive,” followed by a stunning pairing of Michel Legrand and Marilyn and Alan Bergman’s “On My Way to You” with “Gimme, Gimme,” her show-stopping number from Thoroughly Modern Millie.

To hear these wonderful vocalists alongside the extraordinary New York Pops with Steven Reineke conducting under the stars made for a night to remember.

[Editors Note: This article was revised for content and photo additions August 8 at 3.30 PM.]