Are You a Foul-Mouthed Puppet Aficionado? 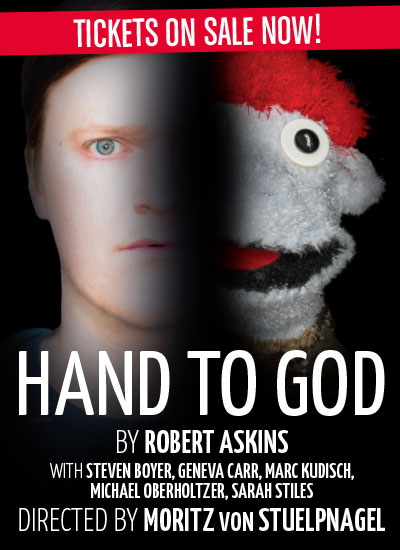 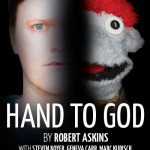 In Hand to God, the good children of Cypress, Texas are taught to obey the Bible in order to evade Satan’s hand.  But when students at the Christian Puppet Ministry put those teachings into practice, one devout young man’s puppet takes on a shocking personality that no one could have expected.  In this hilarious and lightning-paced comedy, a foul-mouthed sock puppet named Tyrone soon teaches those around him that the urges that can drive a person to give in to their darkest desires fit like a glove.

All performances of Hand to God will offer $30 Under 30 seating, available two hours prior to each curtain, pending availability, for $30 for audience members 29 years old or younger on the day of the performance. Limited advanced $30 Under 30 seating is also offered online for each performance with valid ID including proof of age.  One ticket per ID.  Additionally, pending availability, $20 Student Rush tickets for full-time high school and college students can be purchased 20 minutes before curtain (cash only) with valid ID.  General tickets are $69-$89 and are available by visiting www.mcctheater.org or calling 212-352-3101.