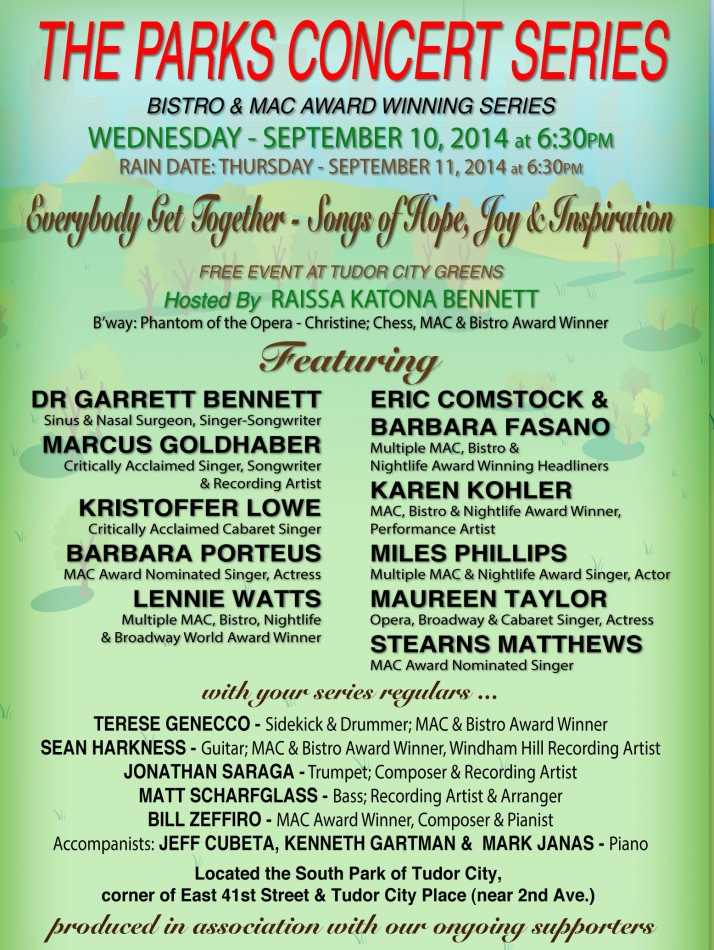 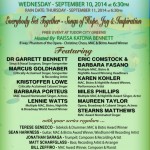 The 7th Season of The Parks Concert Series, (formerly The Concerts for City Greens), a free outdoor concert series, concludes on Wednesday, September 10th at 6:30 pm (Rain date: Thursday, September 11th at 6:30pm.) at Tudor City Greens, and will feature professional performers from Broadway and the New York City cabaret, jazz, classical and opera scene. All performers donate their time and talent for these concerts. The concert will be hosted by Tudor City resident, Broadway and cabaret veteran Raissa Katona Bennett. 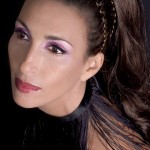 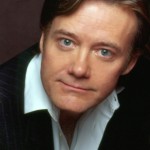