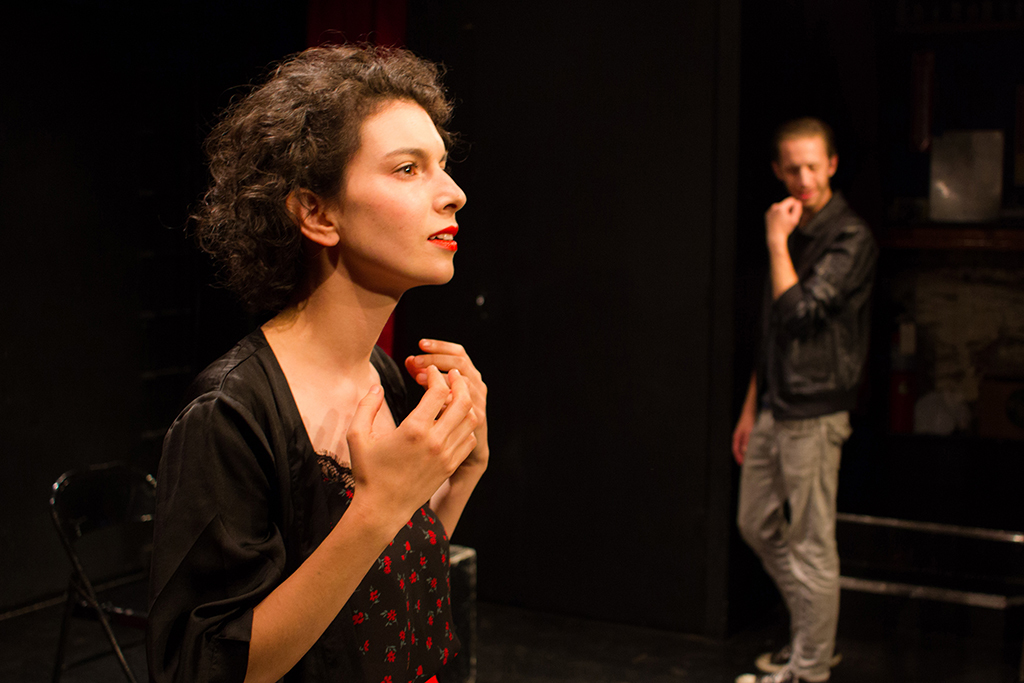 Yes, the expletive draws your attention. Yes, the show is actually about fucking. Yes, it is a dramatic success. 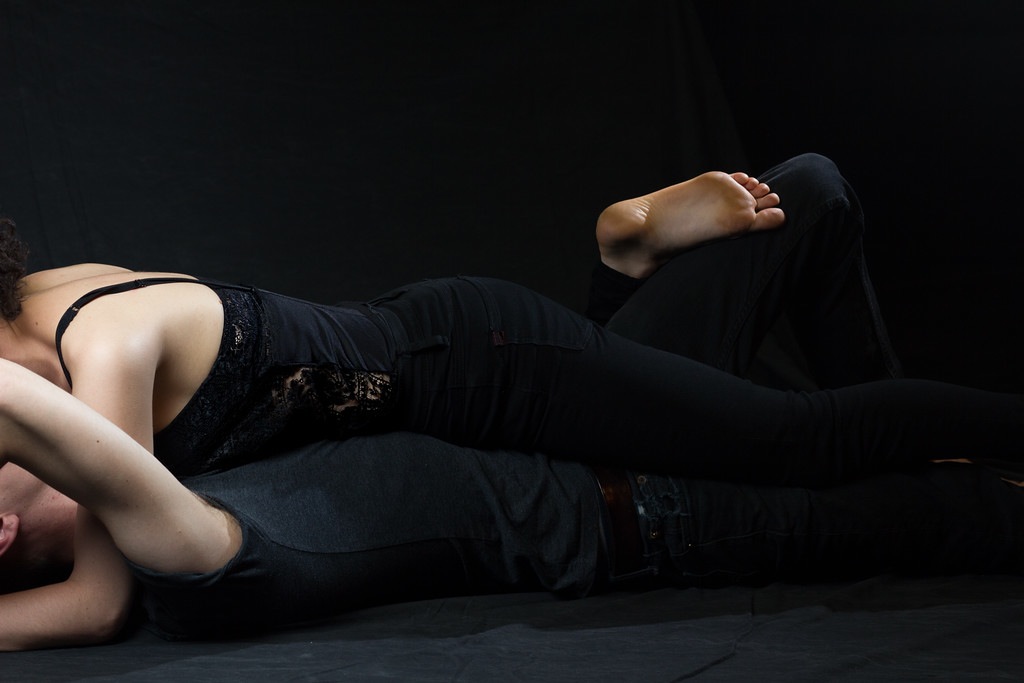 Alexander and Dobson’s carefully structured monologues are a real treat. Within mere minutes, these characters have you feeling comfortable and welcome in their familiar world of hyper-realistic sexual fantasy. Putting the audience at ease does more than let the jokes hit (they are hysterical), it lets them in to break our hearts. From story to story, we delve into the nitty gritty of each of these very real humans, and end up on the other side with awe-inspiring empathy.

Jessica O’Hara-Baker is like a surgeon in the Director’s chair. Her touch is nearly invisible, and the show runs seamlessly throughout as a result.

Actor-Writers Alexander and Dobson earn their hyphenates with stellar performances. Emily Alexander’s portrayal of her gorgeous character shows grace and wisdom beyond her years. Within the plot, she walks the line between victim and bringer of justice with perfect murkiness. Nate Dobson, as the A-list star cock of the show, is as charismatic as he is infuriating. His mansplaining of his occupation, sexual relationships, and wrongdoings come out of him like the real deal.

In an era where our opinions of crime, celebrity, and couples are mired in and defined by their social media preferences, this hour-long confessional is smooth like the truth. While it’s certainly not one for the kids (no judgement), The Fucking Problem is one of those rare nights of theatre that come and go too soon. Do yourself a favor and go listen.

The Fucking Problem runs from August 12 – 28 at various times as part of the New York International Fringe Festival at Venue #7: Under St. Marks (94 St Marks Pl, between First and Second Avenues). For more information and tickets, go to www.fringenyc.org or www.fringeonthefly.com 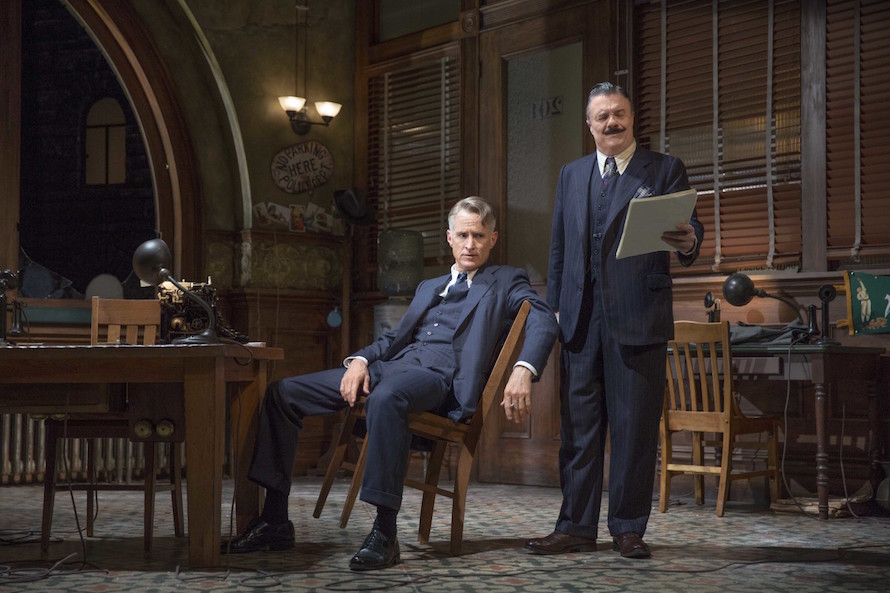