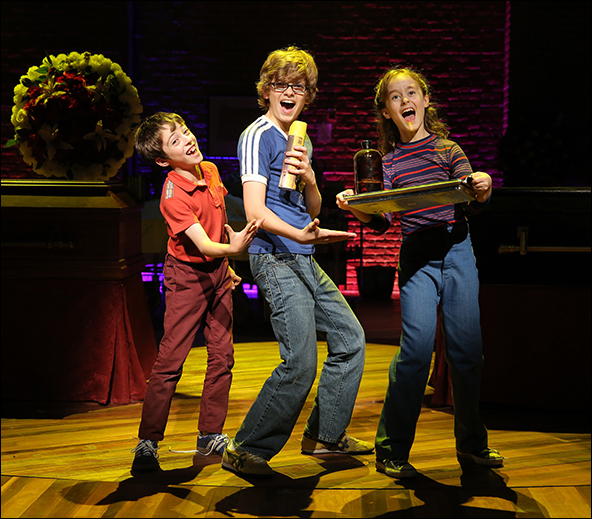 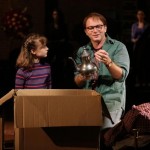 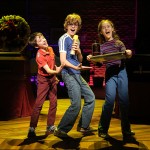 “I wanna play airplane, Daddy. . . come here right now” –small Alison (adorably precocious Sydney Lucas) insistently sings, as Daddy Bruce (Michael Cerveris) comes through the door. It’s all damask and antiques at the Bechdel Fun (short for Funeral) Home in a small Pennsylvania town, where Daddy is both undertaker and high school English teacher.  More importantly, he hides a big secret from his family (except for his knowing wife Helen), a quiet suffering Judy Kuhn. This is a family of many wants!

With book & lyrics by Lisa Kron (Well) and Jeanine Tesori’s music (Caroline or Change), based on Alison Bechdel’s memoir A Family Tragicomic,  “Fun Home” at the Public Theatre is much more.

Beth Malone plays grown up boyish Alison (now 43), who acts as narrator throughout, watching her life unfold from childhood thru college at Oberlin (medium Alison, played by Emily Skeggs, at the performance I attended, understudy to Alexandra Socha) who acknowledges the fact that, at the age of 19, she is a lesbian.  So when she meets her first mate Joan (played by Roberta Colindrez), her exuberance is untamed as she sings “I’m changing my major to Joan,” while jumping into bed with her.

But the fact of the matter is that there must be a family gene somewhere, because Daddy is gay and, in his spare time, has liasons with men and boys. He’s also a control freak, insistent that his collections at home be carefully arranged and cared for.

We watch the various time periods unfold musically in dramatically intense story songs interspersed with some really amusing Michael Jackson style takes by the 3 kids performing a funeral home commercial – “think of Bechdel when you need to embalm,”  including big brother Christian (Griffin Birney) and little John (too cute for words-Noah Hinsdale).

The script is filled with pathos yet sprinkled with delicate wonderment and merriment in its deft direction by Sam Gold.  The busy turntable set design and costumes are created by David Zinn, accompanied by Ben Stanton’s lighting design. 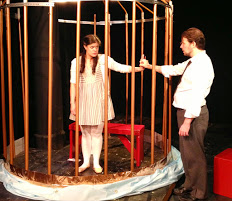 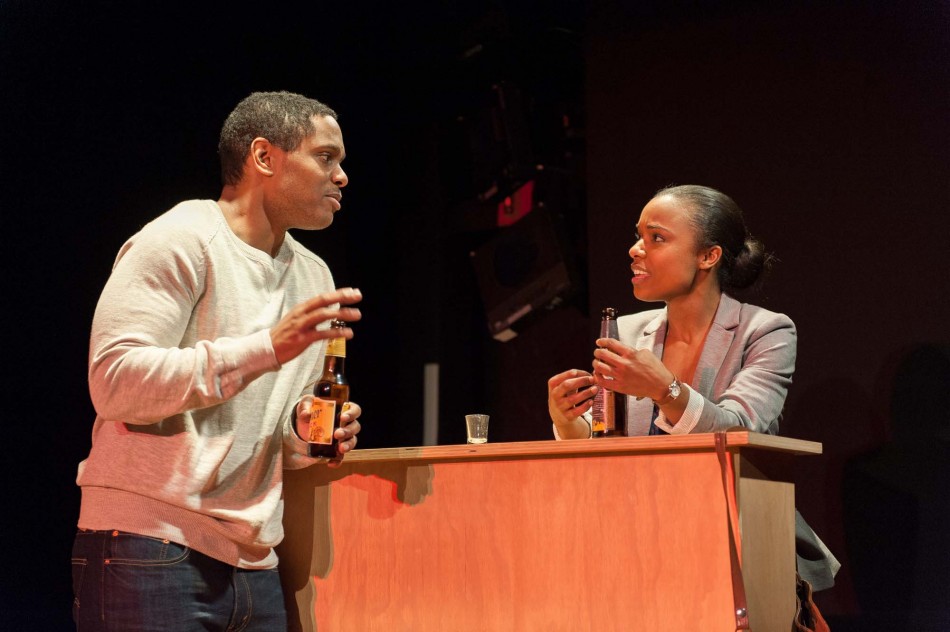