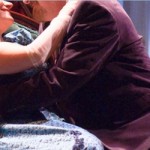 George Bernard Shaw – a forward thinker with humanist ideals.
The Pearl Theatre Company kicks off its 30th anniversary season—the second season in its new home on West 42nd Street—with the first New York revival in 15 years of George Bernard Shaw’s You Never Can Tell in a co-production with the Gingold Theatrical Group that is directed by David Staller. Running September 3—October 13, the show’s sumptuous costumes, elegant settings and Shavian wit will raise a champagne toast to a year of celebration at The Pearl, where Shaw, following Shakespeare, has been the second most produced playwright in The Pearl’s history. The production is also the centerpiece of the Shaw New York 2013 festival.
Performances of You Never Can Tell will take place September 3—October 13.  The Pearl Theatre is located at 555 West 42nd Street in New York City. Tickets are $65 ($50 previews, $35 seniors, $20 student rush, $20 Thursday rush) and can be purchased by visiting pearltheatre.org or calling 212.563.9261.
In You Never Can Tell, it’s the turn of the 20th century, and a world-famous author and her grown children have returned to England after 18 years abroad. But when her missing husband (who may also be the missing father) appears out of the blue, this fascinating clan face love, family, money, social and political issues, women’s rights—and the dangers of dentists in love. Shaw’s whimsical wit whirls us into a world where sweeping change has unexpected comic consequences.
You Never Can Tell has been called an homage to (or a satire of) Oscar Wilde’s own tale of mistaken identity and self-invention, The Importance of Being Earnest, also taking place in its own little bubble-world where English society is taken to its comic extremes. But Shaw’s dysfunctional family is playing for very different stakes. In Shaw’s world, courtship cannot be divorced from social justice, and marriage is inextricably linked to questions of individual freedom. When his men and women blast through a social nicety, they forge a path for men and women everywhere.
The cast of You Never Can Tell features Pearl Resident Acting Company (RAC) founding member Robin Leslie Brown as Mrs. Clandon, Pearl RAC member Bradford Cover as Fergus Crampton, Pearl RAC member Dominic Cuskern as Finch McComas, Pearl RAC member Dan Daily as Walter Boon, and Obie Award-winner and Pearl RAC member Sean McNall as Mr. Valentine, along with Ben Charles as Philip Clandon, Amelia Pedlow as Gloria Clandon, Zachary Spicer as Walter Bohun and Emma Wisniewski as Dolly Clandon.
The creative team includes Harry Feiner (Sets), Barbara Bell (Costumes), Stephen Petrilli (Lighting), M.L. Dogg (Sound), Kate Farrington (Dramaturg) and April Kline(Production Stage Manager).