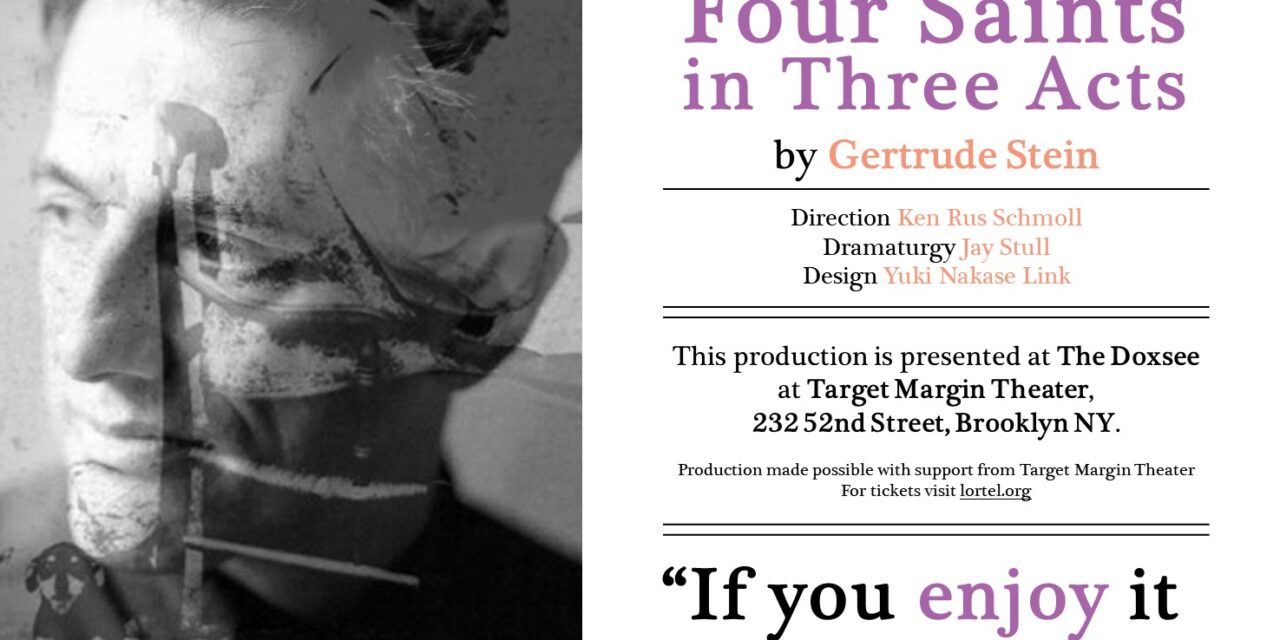 Four Saints in Three Acts is a culmination of Greenspan’s more than decade long journey into creating a tour de force trilogy of solo interpretations of plays from the 1920’s. These previous works included various genres such as The Patsy, a playful comedy by Barry Connors and Eugene O’Neill’s experimental 6-hour dramatic play, Strange Interlude. In Four Saints in Three Acts, Greenspan concludes this ambitious series with his interpretation of a radical libretto by famed modernist writer and art collector Gertrude Stein. Originally set to music by Virgil Thomson, Greenspan will perform the script only, allowing a lyrical interpretation to set the tone for an evening where sound and words delight the senses.

Tickets are available at: www.lortel.org