Getting to Know Judi Mark 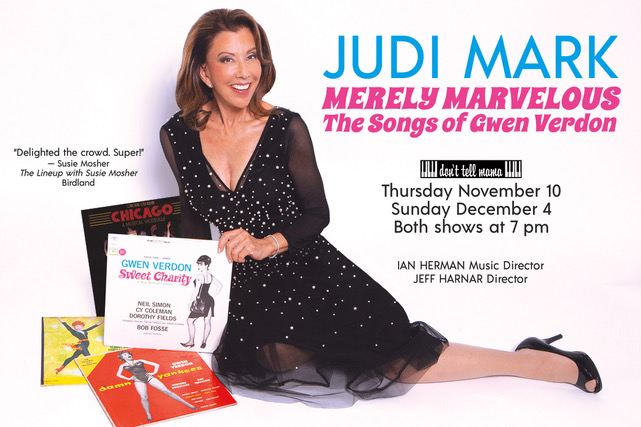 As an actor, the Songbook of Gwen Verdon is both a challenge and a golden opportunity for Judi Mark to express herself onstage.  “What a joy it is to be able to briefly slip into the shoes of some of the characters that she has played on Broadway; Lola, Charity Hope Valentine, and Roxie Hart. “

Included are songs from Gwen Verdon albums that she selected that were not from her Broadway shows… gems that express her point of view and love of life!

“To be able to perform my comedic and dramatic side by singing her songs is marvelous! I have gained a deeper understanding of the characters and how they seem to connect with Gwen Verdon’s personal and professional life. Research has shown me how much we have in common.

Although I am not dancing in this show, music will be pouring out of me as I feel the “sisterly” connection with Gwen.