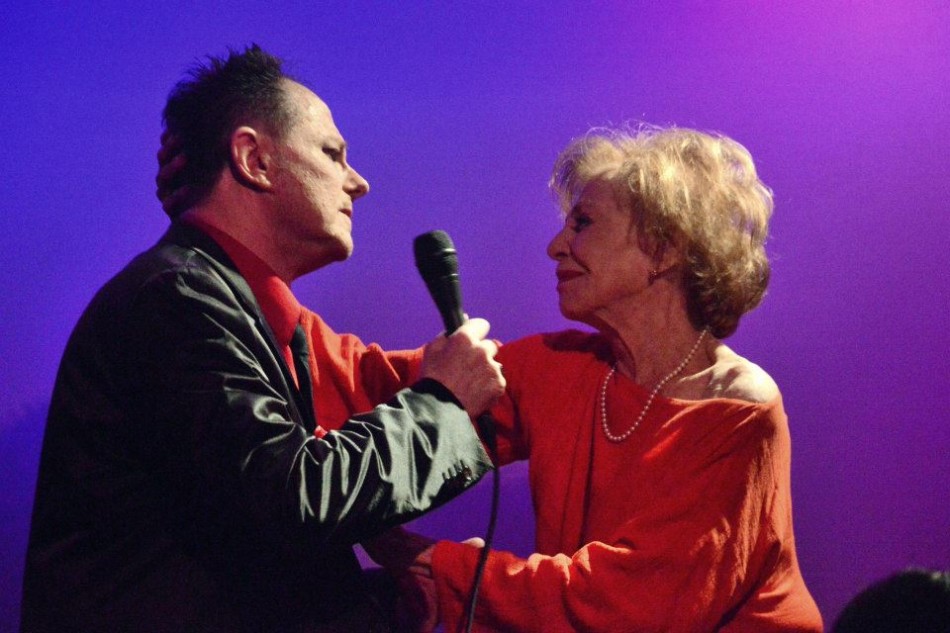 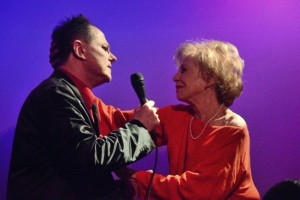 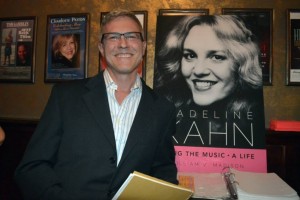 Joseph Macchia has been producing a series of “Gone Too Soon” tributes at the Metropolitan Room and the September 12 program was “Gone Too Soon: Madeline Kahn Tribute” in connection with the publication of a biography “Madeline Kahn: Being the Music, A Life” for which the author, William V. Madison, had access to Kahn’s very detailed diaries which she kept every day. The book has facts about her unhappy childhood, with her mother’s ambitions and divorces and dependency on Kahn for support, her lifelong obsession with her weight, and her feelings of rejections from father figures. The show was directed superbly by Peter Napolitano and the musical director was Jeff Cubeta, with two exceptions. 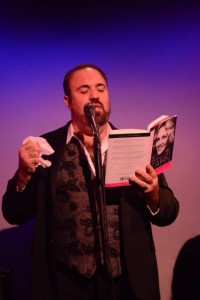 Madison introduced each performer and informed us of the biographical reason for the selection. Kahn, trained as a lyric soprano at an early age, was able to get a drama and musical scholarship at Hofstra. At Hofstra she was forced into performing in drama productions and one was Adelaide in “Guys And Dolls.” Adam B. Shapiro, in honor of marriage equity, gave a funny rendition of “Adelaide’s Lament.”

During her college years, she would sing in local beer gardens and do shows in the Catskills. She got her Equity card for a New York City Center production of “Kiss Me Kate” and Lawrence Leritz, who appeared on Kahn’s last TV series, “Cosby,” did a funny fast version of “Bianca.”

Kahn spent a summer at the famous musical camp Green Mansions where she bonded with Michael Cohen, a composer pianist, and he began writing special songs for her. One of them was “Das Chicago Song,” in which she channeled Lotte Lenya. It ended up in “New Faces of 1956” and was her audition song for Mel Brooks. Janice Hall, with Cohen at the piano, performed this song with all the improvised sounds and gestures that Kahn enhanced in this parody of a Brecht/Weill song, and it was hilarious.

A very special treat was the presence of Walter Willison and Joan Copeland who were members of “Two By Two.” Kahn was cast as the vestal virgin joining Noah’s son on the arc. Copeland, with Steve Ross at the piano, flawlessly sang “Old Man” from that score. Willison, who was the only member of the cast to be nominated for a Tony, sang his gorgeous ballad, “I Do Not Know A Day I Didn’t Love You.” He brought Copeland up on stage with him to cue him on a song that Kahn had in the show that was cut before Boston. It was a funny song “Getting Married To A Person” about giving up her life as a vestal virgin for marriage? This was the premier performance of this song and a real find. 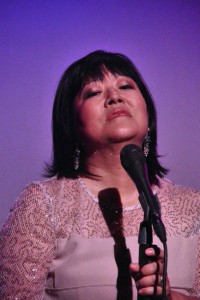 Most of Kahn’s hit movies were directed by Mel Brooks and Peter Bogdanovich. In Brooks’ “Blazing Saddles,” she channeled Dietrich in Brooks’ song, “I’m Tired.” Hanna Brooks gave a wildly funny representation of that number with Cubeta singing the cowboy choruses. There was a Kahn number in the big musical flop “At Long Last Love” where Kahn sang drunkenly “Down In the Depths” cut in the initial release but restored in the Blue Ray DVD. Ann Harada sang this one.

Between films Kahn would always try to return to New York and one of the gigs she did was a Town Hall version of “She Loves Me.” Minda Larson, this year’s Metro Star winner, did a lovely version of “Will He Like Me.”

The book gives a very detailed version of Kahn and “On the Twentieth Century” and even though she left the show after only two months, she was nominated for a Tony. Julie Feldman did an animated version of the song from that show, “Never.” Kahn did win a Tony for Leading Actress in a Play in “The Sisters Rosensweig.” 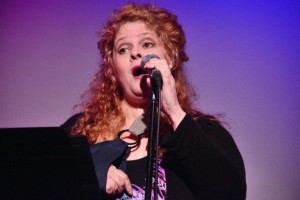 Kahn loved Irving Berlin’s music but when she appeared at his 100th birthday gala, she was given a comic song again, “You’d Be Surprised.” Using her soprano, Sarah Rice rocked the room with the sexy touches Kahn added.

She always wanted to do a Sondheim show. She did do “Getting Married Today” at a Sondheim gala in 1992 and Harada, Rice, and Shapiro gave us a full out performance of that.

For the finale, the entire cast came on stage and sang the song that Kahn suggested that she sing in “Young Frankenstein,” “Ah, Sweet Mystery of Life.” Everyone in the room had a program with the lyrics giving all an opportunity to sing along joyously. 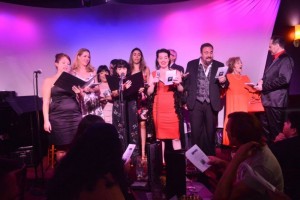