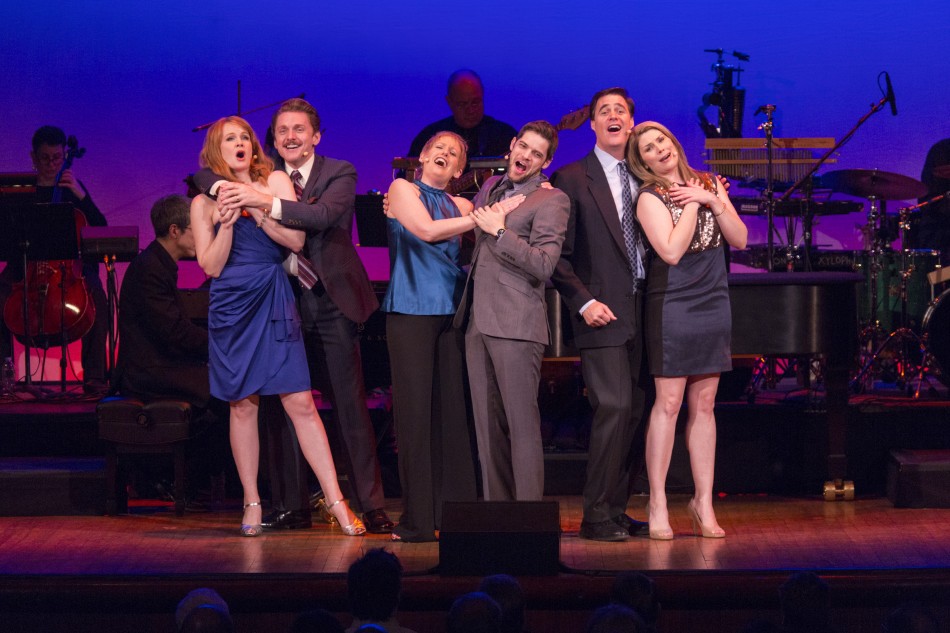 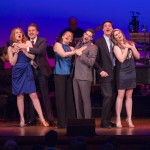 From April, 1970 through November, 1981, New York theater enjoyed one of its most extraordinary creative partnerships: that of composer/lyricist Stephen Sondheim and director/producer Harold Prince. Together they developed six musicals that were unprecedented in their creativity and craft, variety and vitality. The 92nd Street Y’s own long-running hit, Lyrics & Lyricists, opening its new season, celebrated the team’s work with a production packed with two dozen songs from their shows: Merrily We Roll Along, Company, Follies, A Little Night Music, Pacific Overtures and Sweeney Todd.

The show opened simply, with Jason Danieley soloing with a quiet “Good Thing Going” (from Merrily), quickly joined by the full cast in a multi-part version of the title song from Company. Among other numbers were Heidi’s sparkling “Another Hundred People” and her poignant “Losing My Mind,” Kate’s strong “Could I Leave You?,” Jeremy’s mock-anguished “The God-Why-Don’t -You Love-Me Blues, ” Liz’s beautifully simple and moving “Send In the Clowns,” and, from Sweeney Todd, Heidi and Jim planning their baking in “A Little Priest” (deliciously performed). Closing the show: the cast, with “Our Time” (from Merrily) – followed by an applauding, cheering standing audience.

Flowing staging throughout the production was the fine work of director-choreographer Noah Racey. Thanks, too, go to the series’ imaginative artistic director, Deborah Grace Winer.

Coming up for Lyrics & Lyricists in February: “Here’s to the Girls,” a tribute to Hollywood’s leading ladies, created by Charles Busch and Carl Andress, with Busch as host. – February 7, 8, 9