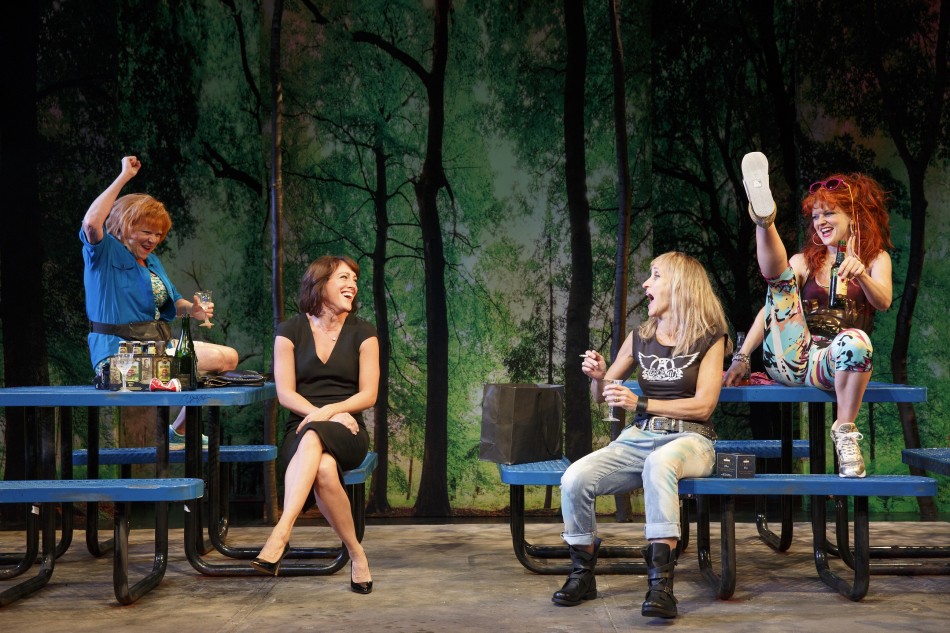 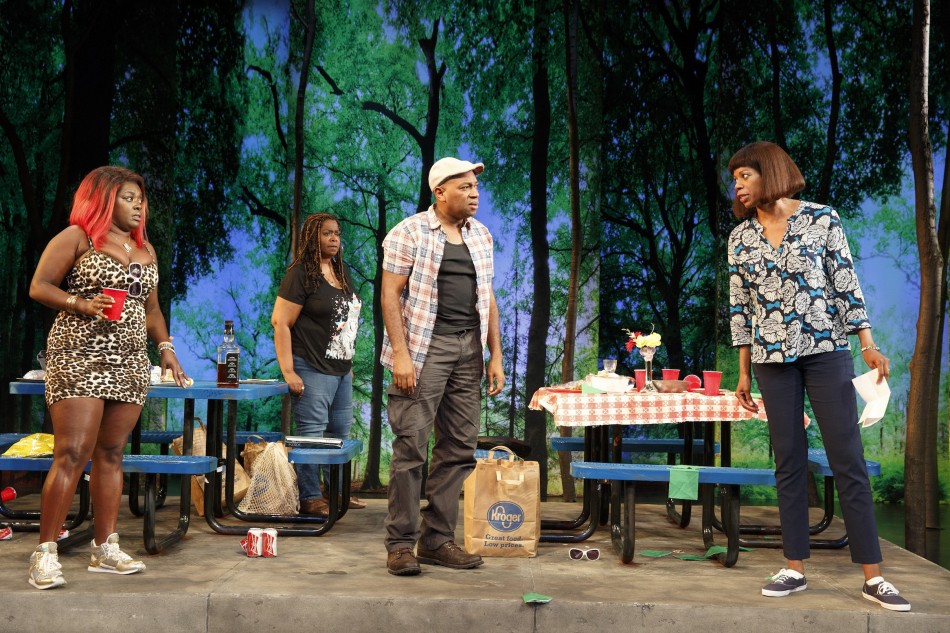 Prior to opening night of Barbecue (now playing at The Public Theater through November 1) the play’s publicity team sent out a note asking critics that they use their discretion and not give away any spoilers in their reviews. It’s a fair request, but in the case of Barbecue it completely ties the reviewer’s hands. The most revealing thing the reviewer can say to the reader in this case is: go see Barbecue. You’ll be intellectually inspired and comedically delighted. But, of course, no reviewer will be able to stop himself there. It will be a test of his or her mettle to see how far the envelope can be pushed without ruining things. 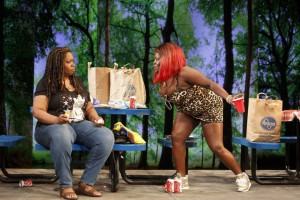 In this season of disappointing experimental theater productions like Fondly, Collette Richland and Isolde, Barbecue is proof of concept. Chances are taken and reality is distorted but, unlike those other two plays, it works here. It really works. At the risk of giving too much away even without saying anything about the play itself, one might compare it to the Federico Fellini’s convoluted 1983 film, E la Nave Va (And the Ship Sails On), a safe reference if only for its extreme obscurity. Otherwise (staying with the Italians), Barbecue can be described as Pirandello-esque. Things (and people) are never what (or whom) they seem on just about every conceivable level, a device that fits the plot line: a lower class family of three sisters and one brother have gathered in a wooded public park (convincingly designed by Clint Ramos) to conduct an intervention for a fourth sister, Barbara, or “Zippity Boom” as she’s known when she’s in her meanest, most destructive state of intoxication. Not only is Zippity addicted to to a laundry list of substances, from crack to alcohol to cigarettes, but she’s a whirlwind of rage. Even though all but one of her other siblings suffer from multiple addictions themselves, they’re worried about her. The sister who organizes the intervention (who must remain nameless in the spirit of spoiler protection), while efficient, is not terribly competent and has learned the intervention process from the A&E TV show of the same name; but, minor detail, she’s neglected to bring along an addiction counselor. Naturally, the plan goes somewhat awry and Barbara ends up gagged and bound to a tree. By the end of Act I, the family is on the precipice of reaching a compromise: the rest of the siblings with addictions also go to rehab if Barbara agrees to go (upon removal of the gag), or they all divide up the organizing sister’s possessions if she declines. It’s a terrific setup for the act break (along with a couple other intriguing scenarios), providing enough tension—just like a commercial break on the TV show before the subject decides whether to go to rehab—that we can’t wait to see what happens when the curtain goes back up. But, of course, it’s not at all what we expect . . . and that’s all that can be said about that! 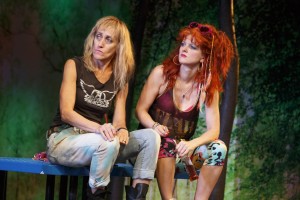 In order for a play like this to work, it has to be convincing every step of the way. Director Kent Cash admirably pushes every scene in as straightforward a manner possible. Robert O’Hara’s (Bootycandy) hilarious and naturalistic script makes each scene as engaging and realistic as can be. The characters are minimally educated, conspiracy-theory-believing morons (“They put that damn cancer in all these damn canned goods,” exclaims one Jack Daniels swilling, crack smoking sister who refuses to eat canned corn) who are played with terrific comic performances (augmented by Paul Tazewell’s costumes and Leah J. Loukas’s fantastic hair and wig design) up and down the cast (all of whom are listed here, because all are excellent): Heather Alicia Simms, Arden Myrin, Kim Wayans, Becky Ann Baker, Marc Damon Johnson, Paul Niebanck, Benja Kay Thomas and Constance Shulman (Orange is the New Black). But it’s Tamberla Perry and Samantha Soule’s handling of incredibly transformative and unexpected characters that really set the play apart. Our perceptions of their characters change scene by scene, so convincing they are in each.

Perhaps the only shortcoming in Barbecue is the seemingly abrupt ending, which is not to say we are left hanging. Rather, we become so wrapped up in the characters and the story that when it comes time for it to end we’re just not ready to sober up and leave.

Barbecue. Through November 1 at The Public Theater (425 Lafayette Street, at Astor Place). www.publictheater.org 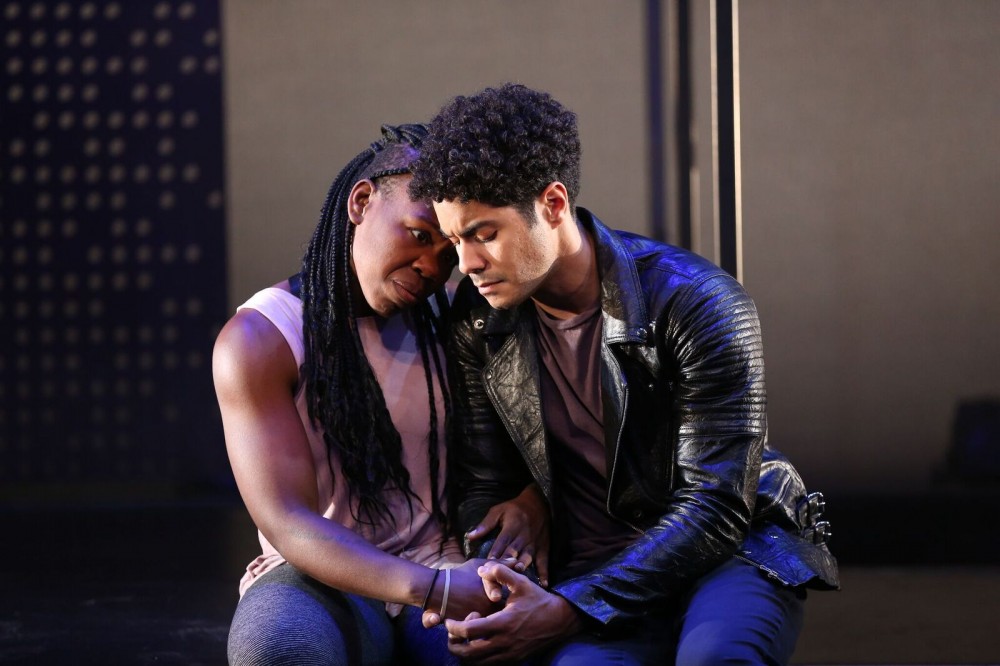 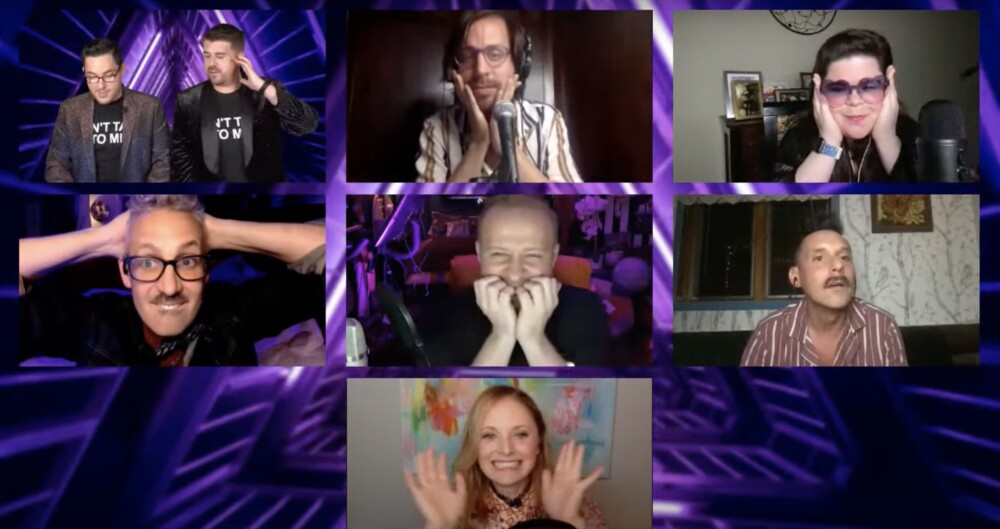 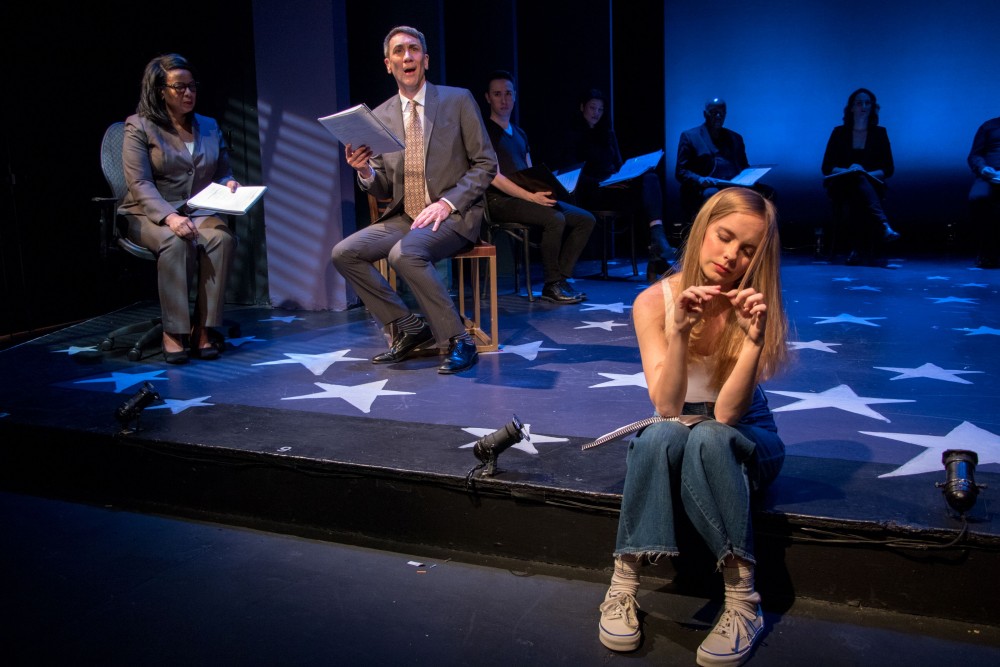