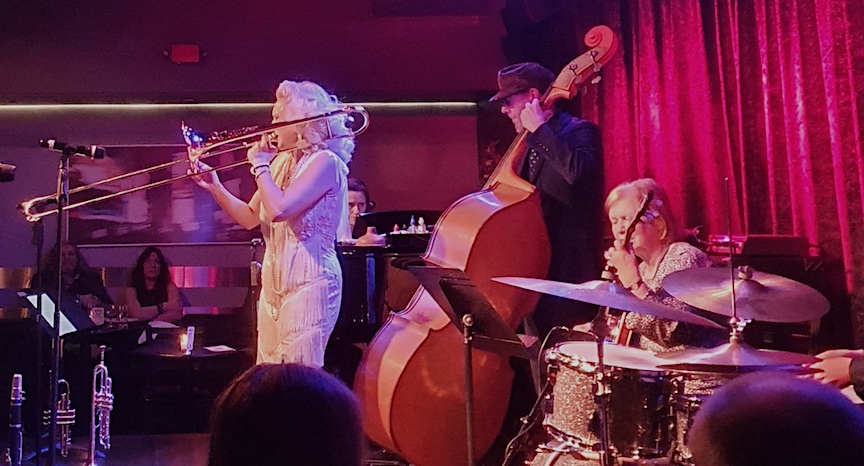 The thrilling Gunhild Carling is a force of musical nature.  Sweden’s “Queen of Swing” is a one-woman band.  She played at least nine instruments in tonight’s show, at one point simultaneously playing three trumpets in a spectacular piece of showmanship, as she did in a solo appearance at “The Lineup with Susie Mosher” at Birdland in 2019.  She also leads a multigenerational family band that is a throwback to another era, the kind of act you might have seen on “The Ed Sullivan Show” or “The Hollywood Palace” on television in the 1960s.  Gunhild is funny and has great stage presence, and the family has an infectious, loving energy that was a delight to revel in.

This show has it all – in addition to playing great music, particularly 1920s and New Orleans hot jazz, there is juggling and tap dancing.  Gunhild’s mother Aina, brothers Max and Ulf, her gorgeous daughter Idun (who is also a Swedish film and television star), sister Gerd, along with Gerd’s very young son Herman, performed in the band tonight.  Nearly all of them played multiple instruments, a dazzling display in which they switched among them with ease, often swapping instruments with one another, sometimes in the same song, with precision, verve and great musical skill.  They were also assisted by bassist Dave Post of the Swingadelics, and a surprise, funny appearance on tuba by David Ostwald, whose “Louis Armstrong Eternity Band” plays regularly at Birdland.

“My Sin (Was Loving You)” (Buddy DeSylva/Lew Brown/Ray Henderson) saw Gunhild playing ukulele and then recorder.  By the end of the increasingly exciting song, the sound was nearly exploding off the Birdland Theater stage.

A super swinging “All of Me” (Seymour Simons/Gerald Marks) had clarinetist Max Carling, wearing a snazzy three-piece glittering “show biz” suit, take center stage to sing the lead with some funny scat.

Have you ever heard bossa nova played on a recorder?  Gunhild did just that on an astonishing version of Antonio Carlos Jobim’s “Wave,” playing what some consider a novelty instrument with great jazz mastery.

A terrific “You’re Nobody’s Sweetheart” (Billy Meyers and Elmer Schoebel/Gus Kahn and Ernie Erdman) featured a duet of Gunhild and her daughter.  Her brother Ulf, who plays the clown as much as he plays the drums, could have been a silent film star in another era.  His rubber face and funny mugging took nothing from his skillful playing of several instruments.

The band did a New Orleans funeral-style march through the perimeter of the Birdland Theater, including Dave Post and his double bass, eventually winding back on stage for a rousing finish and a well-deserved standing ovation.

You are going to fall in love with Gunhild Carling and her entire family.  There is little doubt that they will be back at Birdland, hopefully upstairs at Birdland Jazz, as they already are too big for the intimate Birdland Theater. 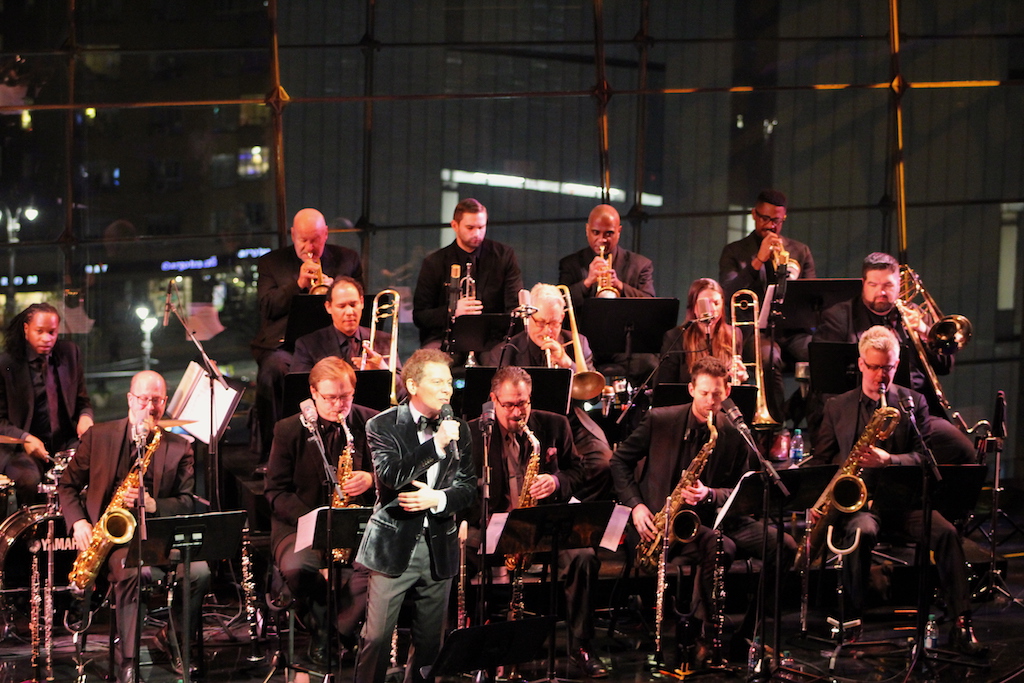 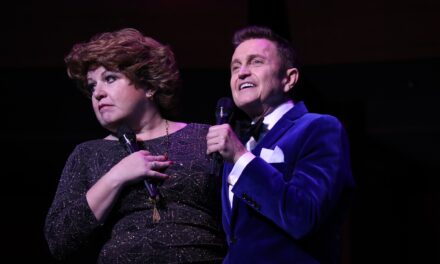 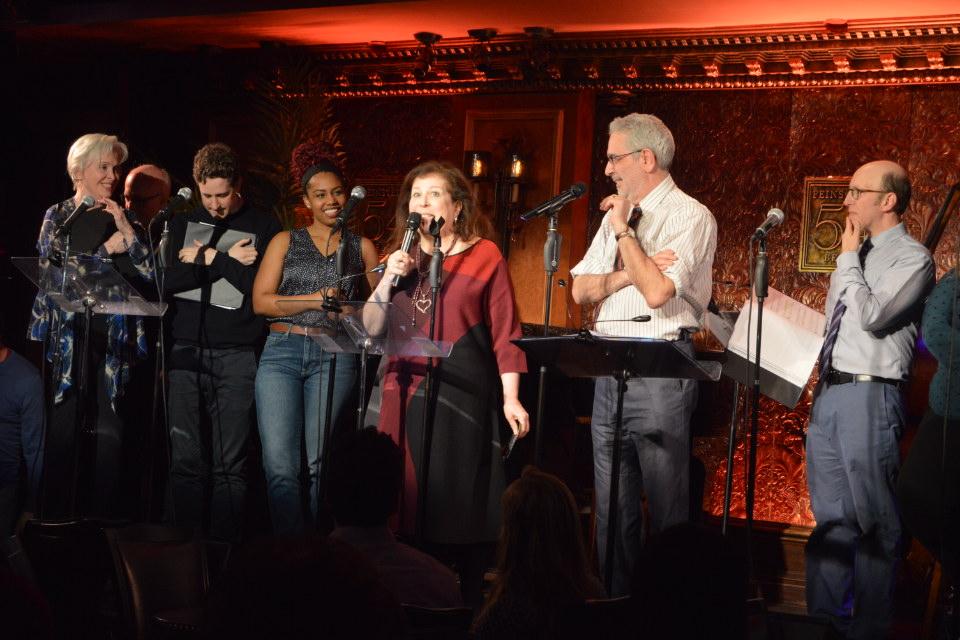 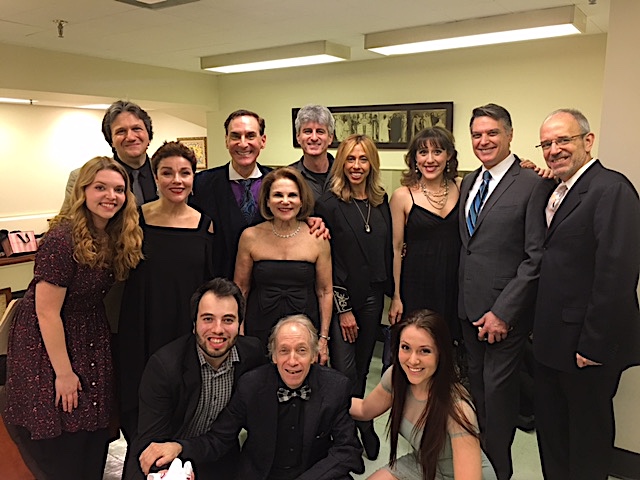