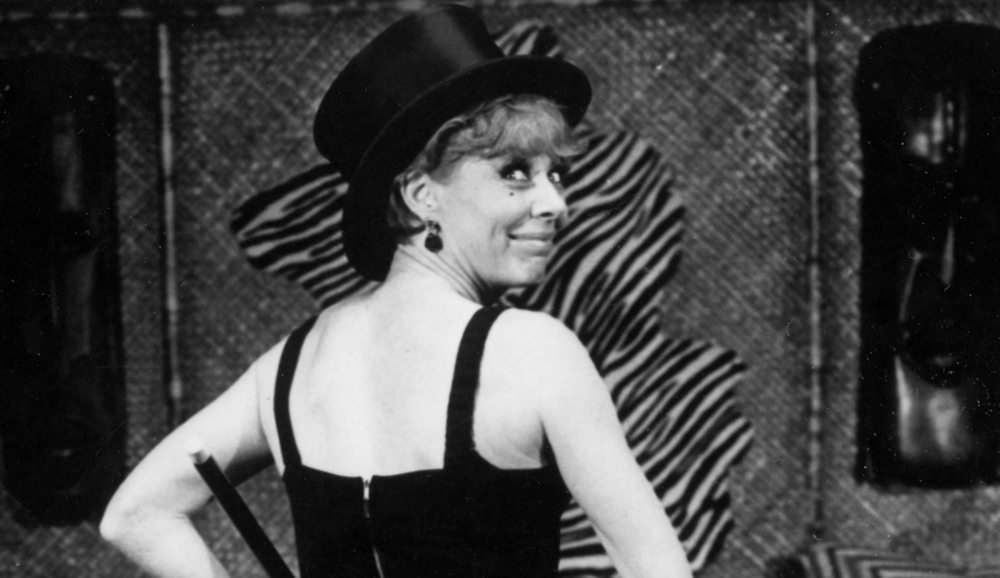 Unless younger generations have seen the Fosse/Verdon mini-series presented in 2019 or have read about the productions of classic Broadway musicals like Can Can, Damn Yankees, Sweet Charity or Chicago, they will not immediately understand Gwen Verdon’s impact on Broadway musical theater and dance choreography. The documentary Merely Marvelous: The Dancing Genius of Gwen Verdon captures the beauty, grace, and power of the “out-of-this-world” performer. Happily, the film thoroughly acquaints neophytes to Gwen Verdon by showcasing her incredible talents with seamless narration and commentary.

The superb and exciting documentary written, produced, and directed by Chris Johnson and Ken Bloom presents rare clips, tidbits and interview segments with comments by Gwen Verdon and others. Additionally, through select interviews with her children, dancers and friends like Chita Rivera and Tab Hunter, who worked closely with her, the documentarians make the easy case that Verdon is one of the iconic greats of Broadway musical theater in the 20th century.

The four-time Tony award winner and multi-nominated Emmy winner was a triple threat, singer, dancer, and actress. Her gobsmacking career spans film, theater, and television. Verdon acted until her death in 2000. To have seen and worked with her live was a breathtaking experience that friend Chita Rivera who danced with her in Chicago joyfully affirms.

Filmmakers reveal how Verdon worked to the limits of her energy consistently. She was a consummate professional who shined her generosity and humility on all she met and connected with in the entertainment industry. Her prodigious work ethic was solidified early in her life when her mother enrolled her in dance classes at three years old. The primary reason was for Verdon to conquer the feebleness in her legs, acquired when she contracted rickets, the disease of malnutrition.

Strengthening herself with lessons, she learned all forms of dance. However, her initial entry into film was put on hold when she married and had her son. After her divorce she had to work to sell horsemeat in a pet store to survive. Eventually, she ended up going back to film while her parents watched her son.

Verdon danced and became the muse for the incredible Hollywood film and club performer Jack Cole, whose unique, ethnic dance choreography Verdon mastered and taught to stars like Marilyn Monroe. The filmmakers point out that Verdon was so entranced with the flexibility of the body, that she bought a skeleton and studied its structure to gauge various limits of bodily movement. That helped her create one-of-a-kind physical expressions which were difficult to sustain, but which Verdon did with practice. She worked with great effort to make herself the invaluable muse, first to Jack Cole, then later to long-time partner Bob Fosse. More so than either of them, she was able to execute the movements they conceived as choreographers but could not perfect to the extent she could.

Fascinating are the clips that reveal Verdon’s uncredited dance moves in early 1950s films like her exotic dance in 20th Century Fox’ David and Bathesheba (1951) and Meet Me After the Show (1951). Because she was uncredited oftentimes, she became motivated to act and get speaking parts which paid more. Ironically, the classic music/dance number by Gene Kelly in Singin’ in the Rain, Gwen helped to effect with sound effects later added of her sloshing and splashing through puddles the department created.

The most exciting segments of the documentary relate Verdon’s Broadway career. Filmmakers include wonderful clips from musical numbers in Damn Yankees, Sweet Charity, Chicago. They also reveal backstory connected with Fosse and Verdon’s work together in Damn Yankees, Redhead and other shows.

Significantly, Johnson and Bloom include interviews and narration that reveal how Verdon was able to influence Chicago being made into a Broadway musical, from the book and film. It had been an idea that she carried around with her and when it was realized, Fosse directed and choreographed it. Verdon played Roxie Hart and Chita Rivera played Velma Kelly. Verdon’s intuition proved to be canny. Before Broadway closed for the pandemic, Chicago was the second longest running Broadway musical in history.

Finally, the filmmaker’s coverage of the Verdon/Fosse collaboration proves it was a match made in heaven, thanks to Verdon’s skill at navigating who they were and the limits of what they could do. Metaphorically, their relationship was a choreographed dance put together by the fates and their own adoration of the dance and musical theater.

Johnson and Bloom’s must-see film is an exceptional and loving tribute to Gwen Verdon that you can catch streaming live on BroadwayHD. https://www.broadwayhd.com/