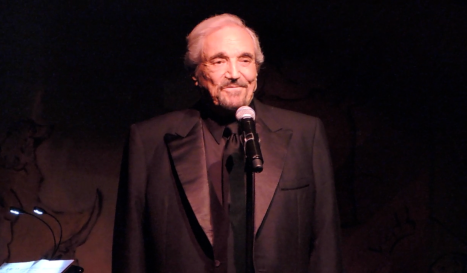 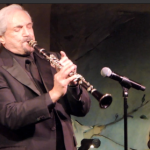 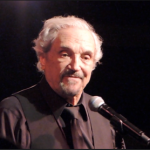 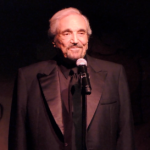 Listen to Hal Linden if you need any reinforcement believing in the old saying ‘life isn’t over until it’s over.’ Mr. Linden opened at the Café Carlyle on Tuesday, May 20th to a packed room showing off his multi-talents and filling the evening with endless inspiration. It seemed like a mini-Broadway revue – no, he ain’t just Barney Miller!

Hal Linden began his career on a bandstand playing sax and clarinet with some of the greats, moved on to theater and got his big break as the understudy when the lead quit and he wound up playing opposite Judy Holliday in his Broadway debut “Bells Are Ringing.” He was soon targeted as the precinct captain Barney Miller on the hit ABC TV series. During that time period (1971) he won a Tony Award for Best Actor in a Musical in “The Rothschilds.” 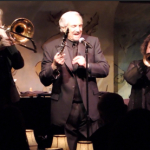 In this run at the Café Carlyle, he captures the essence of his career, (backed by a seven piece band) with witty reminiscence, Broadway tunes “Long Before I Knew You/Just In Time,” including a high powered “Ya Got Trouble,” before showing off the hot Dixieland/jazz stylings where it all began picking up his clarinet, featuring Deborah Weisz on trombone and Jamie Dauber on trumpet, in an unforgettable “Dixieland Bye Bye Blues” and “Benny Goodman medley” with the entire band. Hot – Hot – Hot! 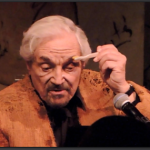 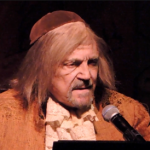 Sitting down and opening a makeup box, Linden transformed into the award winning Mayer Rothschild singing the heart wrenching “In My Own Lifetime.”

A poignant “Hungry Years” (Neil Sedaka, special lyrics Ken & Mitzi) showed off, not only a solid vocal timbre, but lots of pathos leading into an inspiring Best of Times Medley and “I’m Still Here” – special lyrics by Hal Linden – leaving the audience wanting more. And we were rewarded with Aaron Schroeder/David Grazer’s “Late in Life.” 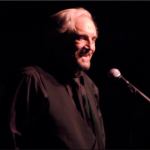 There’s no doubt that Hal Linden has a lot to say and much to offer in this show (that has toured the country for six months in 40 different states). Glad he wound up here in New York at the Café Carlyle thru May 24th because you don’t want to miss this! 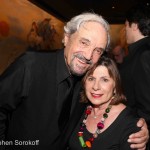